Ozark leads the way in competitive 4A-4

Newcomers try to shake up the conference in 2020 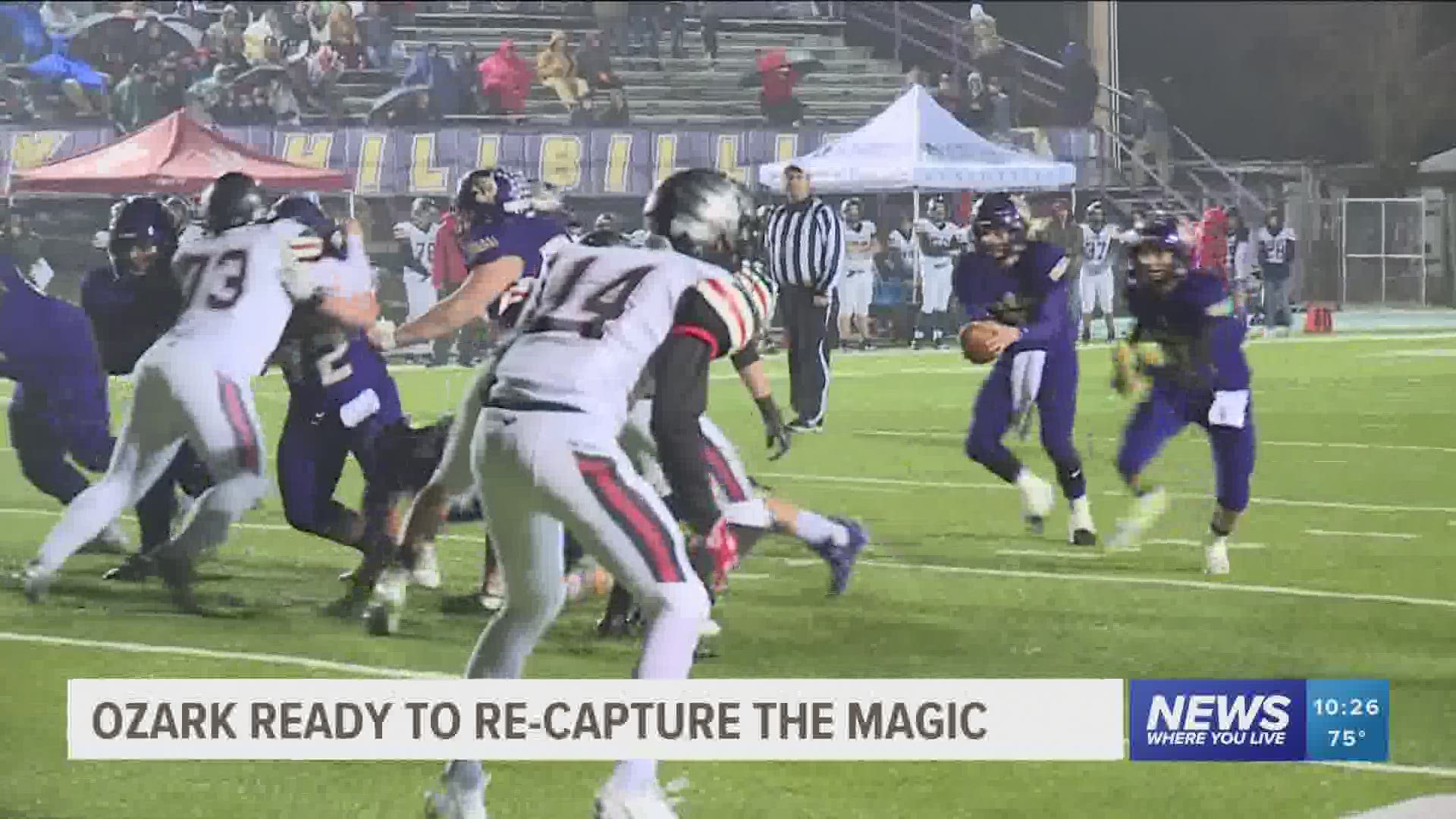 ARKANSAS, USA — Ozark made run to the state semifinals last year, and will once again look to lead the way in the 4A-4. But the conference features some new teams, new coaches, and new challenges along the way, so get ready for another rough and tumble year of 4A football

Lamar makes the move up from 3A to 4A this year, but don’t plan to deviate from the pattern of excellence established under head coach Josh Jones. The Warriors aren’t intimated, and look forward to rising to the challenge.

“Lamar’s been in the playoffs about 15 years in a row, and that’s what they expect, they expect to be a playoff team and hopefully we’ll get that for them,” says Jones. “The difference is, it’s every single week. There’s no week that’s a down week, every single week you’re playing really good competition. There’s not a get-well week, it’s a grind.”

Waldron faces the tall task of bringing in a new coach during this unprecedented off season, but long time Magazine head man Doug Powell is ready to lean on a strong senior core, and has the flexibility to adapt to his new squad.

“Probably, based on what they tell me, is we’re expecting to have better depth this year,” says Powell. “I couldn’t see bringing in a whole new scheme, thought, and verbiage, so we’re doing what they did and adapting it a little bit. It’s easier for me to learn theirs then for all of them to learn mine, so we tried to make that part easier.”

It’s year two back at Mena for Craig Bentley, and he has his Bearcats primed for another playoff push. This could be a special season for the coach, as he looks for a big send off a senior class with whom he shares a deep bond.

“I was in constant contact with those guys, even when I wasn’t here, checking in on them, and I know their families as well,” says Bentley. “So it’s great to have the chance to come back and coach this group of seniors for their senior year. They’re good leaders, they support each other, and they do a good job helping us, especially now. We’ve always had a process, but now there’s a specific process for every single thing, and having good kids helps make that a lot easier.”

Ozark is coming off a state semifinal run, but the Hillbillies want to make that the norm, not just one special season. They found success last year despite injuries to several key players, and now they’re hoping to recapture the magic with a bunch of guys who got big game experience filling in last season.

“It was a great year. We lost several seniors throughout the year who got hurt, so a bunch of these younger guys got to play a lot more then they possibly could have,” says head coach Jeremie Burns. “So it kind of set us up better for this year, to have those guys back and step right in, where we thought this might be their first year, it’s really their second year, to have that experience that they have. So it’s been really good to have that experience on both sides of the ball.”