New faces look to shake up 5A West 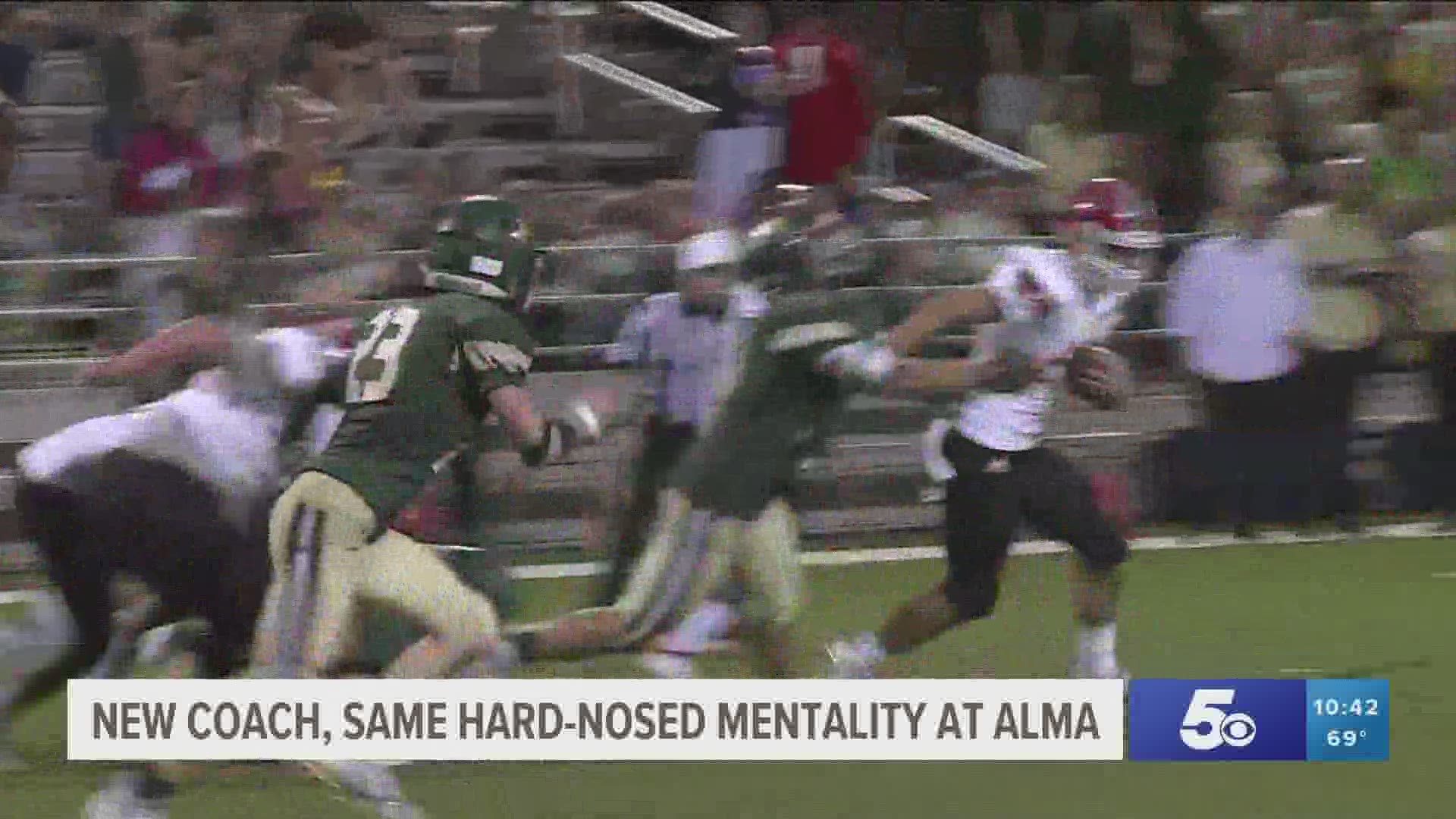 ARKANSAS, USA — From top to bottom, the 5A West is a battle. Few conferences feature as many contenders and no clear front runner, and new head coaches and new teams will only add to the drama.

Clarksville graduates one of the strongest groups of seniors in recent memory, coming off a year with some historic wins, but also disappointing losses. The Panthers also deal with uncertainty, as the season is on hold after a player and coaches tested positive for COVID-19. As the Panthers reload, the focus will be on getting over that mental hump of facing adversity, on and off the field.

“When adversity hits, we gotta be able to forget it and move on,” says head coach Khris Buckner, who has two sons on the team and has been sleeping in his office as a precautionary measure. “If we can get that thing rolling, and not let one thing offset all the progress we’ve done, then we can reach what we want to reach and do what we want to do, even in the brutal conference that we play in.”

Pea Ridge moves up to the 5A this year, and taps longtime Fort Smith Southside coach Jeff Williams to lead the transition. So while a lot is changing, the high expectations the Ridge are not.

“Even though we’re moving up, I think the goal for every team that puts on shoulder pads and helmets this year is to be playing in that last game of the year, and that will always be the goal here at Pea Ridge,” says Williams. They’ve been very successful in the past, and we want to continue that success and build on it. Getting in here late, we want to keep everything similar terminology-wise, but we’ll do different things from what they’ve done in the past a little bit. But football is football.”

Farmington finds themselves again in the midst of a quarterback battle, with guys bringing different skill sets to the table. No matter how it shakes out though, the Cardinals expect to be putting up some points.

“Ian Cartwright is one of our fastest guys, and we’ve built in some quarterback run stuff for him which we hadn’t had a lot of in the past,” says longtime coach Mike Adams. “Tate Sutton’s another senior, he’s been injured the last two years but knows the offense better than anybody. We’ve got Myles Harvey, who probably has the best arm of any of them. Walker McCumber’s another junior who’s had a good offseason, then Sam Wells is a sophomore who’s moving up. So we’ve got a good issue with our quarterbacks in that we’ve got several of them who we’ll be able to play, we just gotta find the guy who’s gonna make the right decision most of the time and keep the offense moving.”

At Alma, Rusty Bush takes over for longtime coach Dough Loughridge. Despite the change up top, expect to see the same classic Airedale style of football.

“Alma football is a very special thing, this community is special, they rally around this football team and these kids. These are still hard-nosed, tough football players, and we’re going to try and build our brand around that,” says Bush. “Run the football, play great defense, be great in the kicking game, and try to go win football games. We’re gonna have big, hard-nosed kids 90% of the time and that’s what we want to build our football team around.”