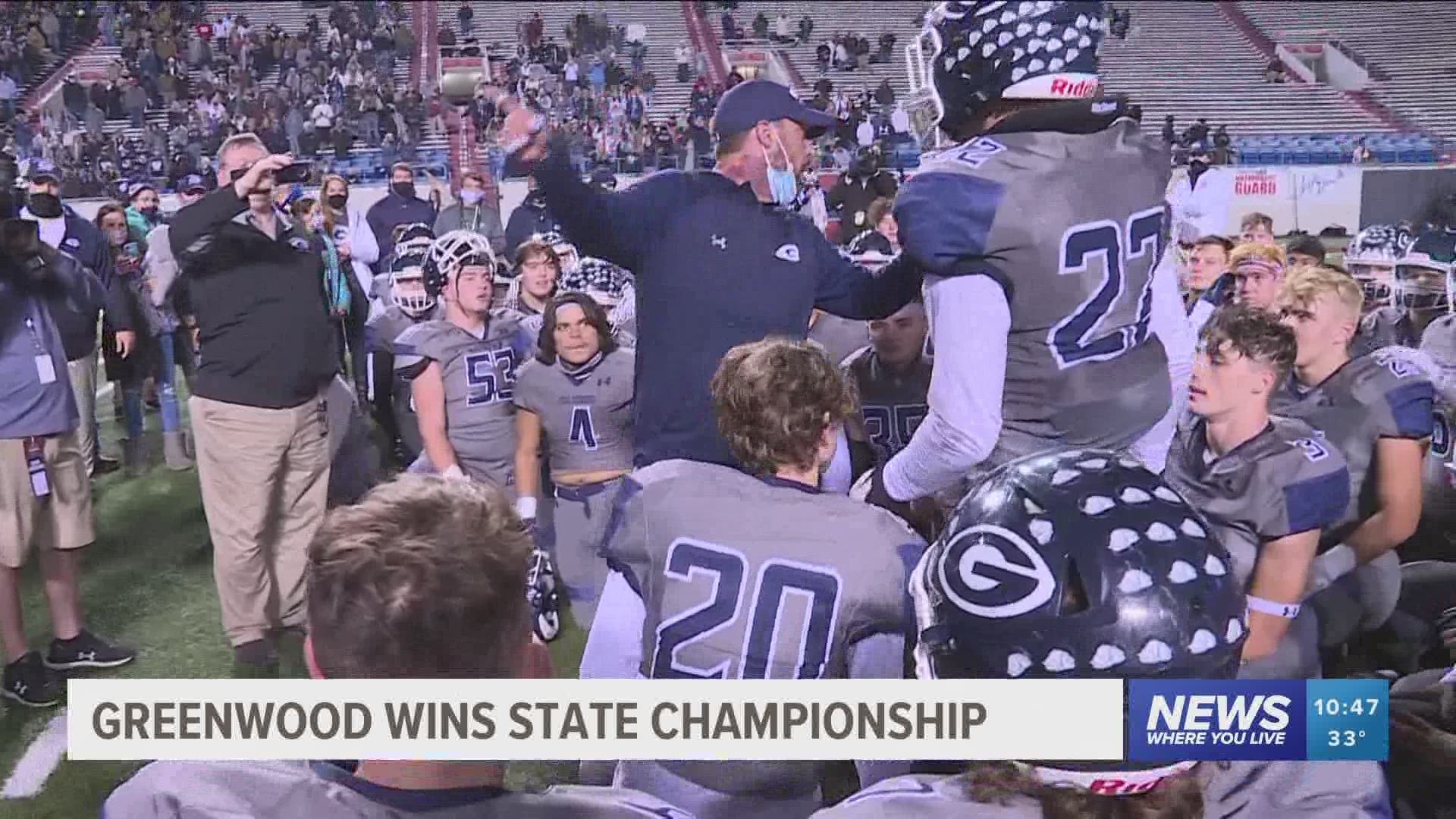 Greenwood would find themselves in an early hole. After going down 3-0 the Bulldogs would fumble on the ensuing kick. Lake Hamilton scored two plays later to make it 10-0.

LD Richmond would hit Caden Brown to get Greenwood on the board in the second quarter. Later in the quarter Richmond would throw his second touchdown of the game to give the Bulldogs the lead.

Greenwood stops Lake Hamilton on fourth down, then goes deeeeep with seven seconds left in the half to take a 21-10 lead into the locker room

It was all Greenwood from there. Hunter Wilkinson would add two rushing touchdowns in the second half to put the game on ice.

It's the tenth such trophy for the Bulldogs, and the first under Chris Young, in the long-time Bulldog's first season taking over head coaching duties from Rick Jones. The numbers look like something out of a video game: the Bulldogs have won more than half of the state titles of the last decade, and now three of the last four 6A state championship trophies will reside in Greenwood. In 13 of the last 21 seasons, Greenwood has ended the year at War Memorial

The title game was a rematch of the regular season finale, a 38-28 Greenwood game that was likely the toughest matchup of the season for the Bulldogs. Greenwood won by mercy rule in their three playoff games, before the rematch with Lake Hamilton in Little Rock.

GAME STUFF HERE, I'll send a pic, and after the show clip the video and add it to the story, thanks man!

RELATED: Greenwood takes on all challengers