Booneville and Paris rivalry re-ignites in new look 3A-4 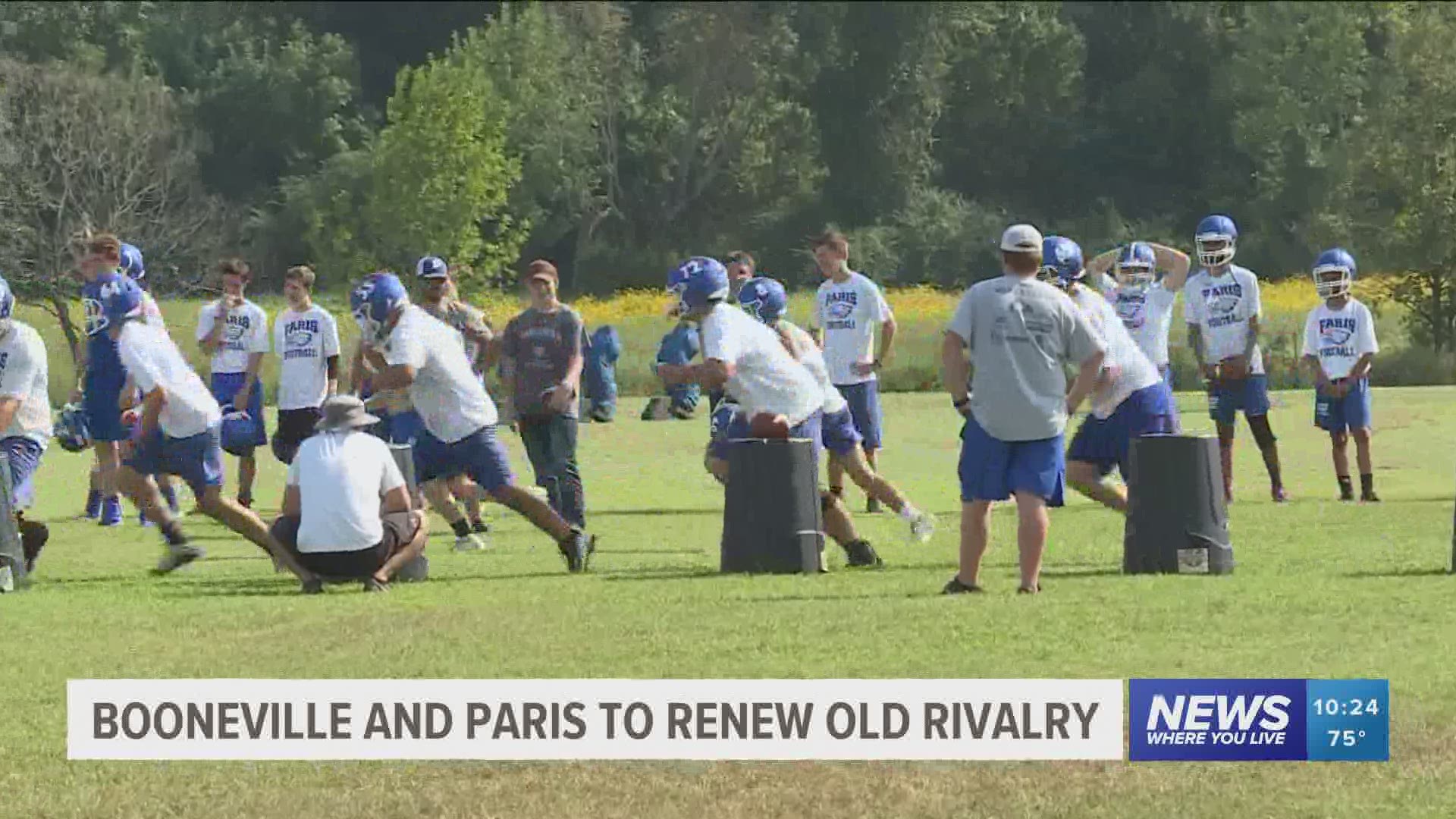 BOONEVILLE, Ark. — No matter what, Arkansas high school football will look different in 2020. Teams have shuffled up and down in classifications, leading to some new-look conferences and fresh, rarely seen before match-ups. In the 3A-4, that shifting could lead to the renewal of an old rivalry.

“Back in the 70s and 80s, the Booneville Paris game was a really big deal.”

It’s something both teams are looking forward to starting up again.

“We’re the two schools that are roughly the same size in the same county, so there’s gonna be a bit of a rivalry there,” says Paris coach Tyler Clark. “We certainly respect Booneville, and Coach Crowley is gonna do a heckuva job with them over there, but we do expect to be competitive with them this year.”

“Coach Clark’s doing a god job over there, I know they have a lot of young talent, and I’m sure that’s gonna be a dogfight when we do play them,” adds Boonville coach Dustin Crowley. “That rivalry’s kicking back up, and you like to see that, because you like to see those old traditions.”

The recent history means each team enters 2020 with a different mindset. For Booneville, it’s all about keeping continuity going despite change, in Doc Crowley first year as head coach.

“We know each other well, and what to expect from each other. The kids have been around us a long time too, so it’s been a good transition.”

In Paris, it’s almost the opposite, trying to create a new mindset to get to that next level.

Both teams are certain of one thing: They want to get this rivalry restarted this fall.

“At small schools like this, these small towns, it’s just different,” says Clark, citing his experience at large and small schools around the state.

“If this town doesn’t get football back, it’s not going to be a good thing. There’s a lot of people here that fall, every year, is what they look forward to,” laughs Crowley.

If all goes according to plan, Paris will kick off the season against Lavaca August 28th, and Booneville hosts Dardanelle. The teams would face each other October 30th at Paris.