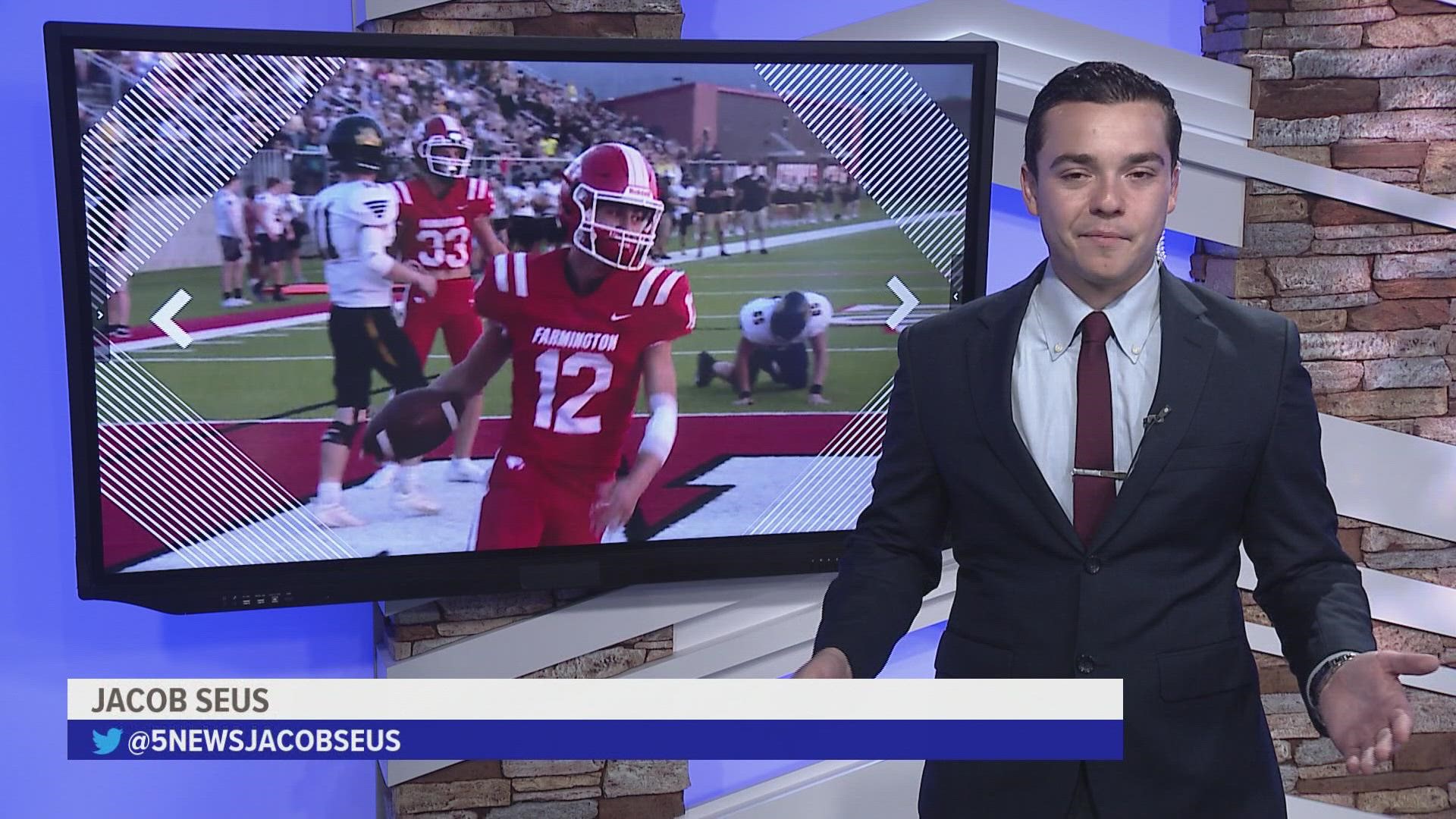 FARMINGTON, Ark. — After putting up five total touchdowns in a win over Prairie Grove, Farmington sophomore quarterback Cameron Vanzant is the 5NEWS Athlete of the Week,

Vanzant had three rushing touchdowns and five passing as the Cardinals offense put up 40 points. The Farmington offense had 51 points in a lopsided zero week win over Rogers-Heritage.

With the score tied at 14, Vanzant hit Cayden Elsik for a 30 yard touchdown and the Cardinals wouldn't trail again. Vanzant went 15 for 23 with 145 passing yards and now has nearly 400 on the season.

The Cardinals are next in action Friday night at Springdale.