2A-4 turns to the future 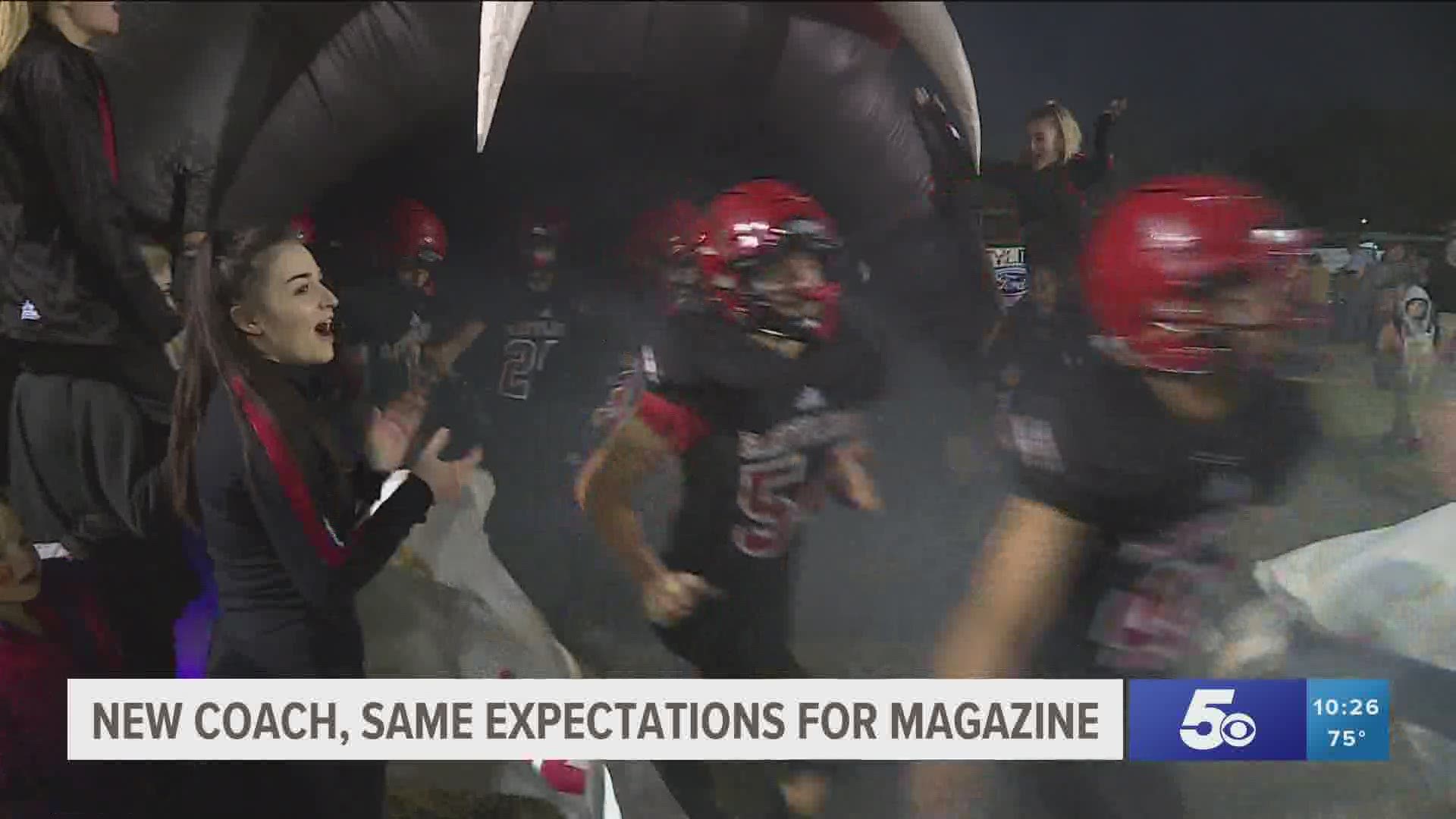 ARKANSAS, USA — Conference realignment is going to mean a host of new matchups around high school football this season, and nowhere is that more apparent than the 2A-4. Half of the league is new in 2020, which means new faces, new game plans, and a lot of new travel.

“We have to be the most spread out conference in the state, that is for sure,” laughs Magazine’s Ryan Chambers.

“It’ll be a new experience, going somewhere new. But we’ll play them all the same, worry about them when we get to them>

One thing that doesn’t change too much, is Mountainburg. The Dragons, coach Tom Harrell and his empty spin cycle offense are staples, year in and year out. In 2020, Mountainburg will be relying on a lot of new faces to run that tried and true system, and how much damage they do will depend on how quickly the young guns can adapt.

“We could struggle early,” admits Harrell. “We’re gonna start a lot of sophomores, I think that once they get seasoned and we get some things going, I think we’ll be okay. I’ve always heard forever that for every sophomore you start you can pencil in one loss. We’re gonna do our best to make that not part of the equation.”

Johnson County Westside, on the other hand, is trying to build some program continuity. Jospeh Morse will be the first second year head coach for the Rebels in four years, and he returns ten starters on the offensive side of the ball. They do lose their star quarterback, but are hoping getting everyone else back with that extra year of experience will be more than enough to close the gap.

“Last year, the quarterback we had, he threw for 2,000 yards, but we had four sophomores on the offensive line, and he was running for his life a lot of the time,” says Morse. “Those guys have gotten bigger, stronger in the weight room, I think overall they’re gonna be the most improved part of our team, and that’s where we’re gonna win games, in the trenches. I think we can be more physical than a lot of teams up front.”

The there’s Magazine, who comes into the year with all eyes on them and a target on their backs. Long-time coach Doug Powell is gone, but his replacement isn’t exactly a new face. Ryan Chambers helped the Rattlers to the 2011 state title as a  player, and spent the previous four years as offensive coordinator. So expect much of the same methods that have helped build Magazine back into a legit contender, with a few tweaks.

“The offense will look a little different this year, the blocking scheme will be the same, the defense will be the same. You know, they come in with some confidence, like we’re supposed to be pretty good, we’re supposed to win some games,” says Chambers. “Back in my first year, we weren’t supposed to win any games, we were pretty bad that first year. But we changed some things in the off season, Coach Powell changed some things for the better, and really got our commitment better from the kids. That’s what we’re trying to build on.”

Conference play gets going for the new-look 2A-4 in September, as long as everything stay on track.