2020 the latest addition to the Greenwood legend 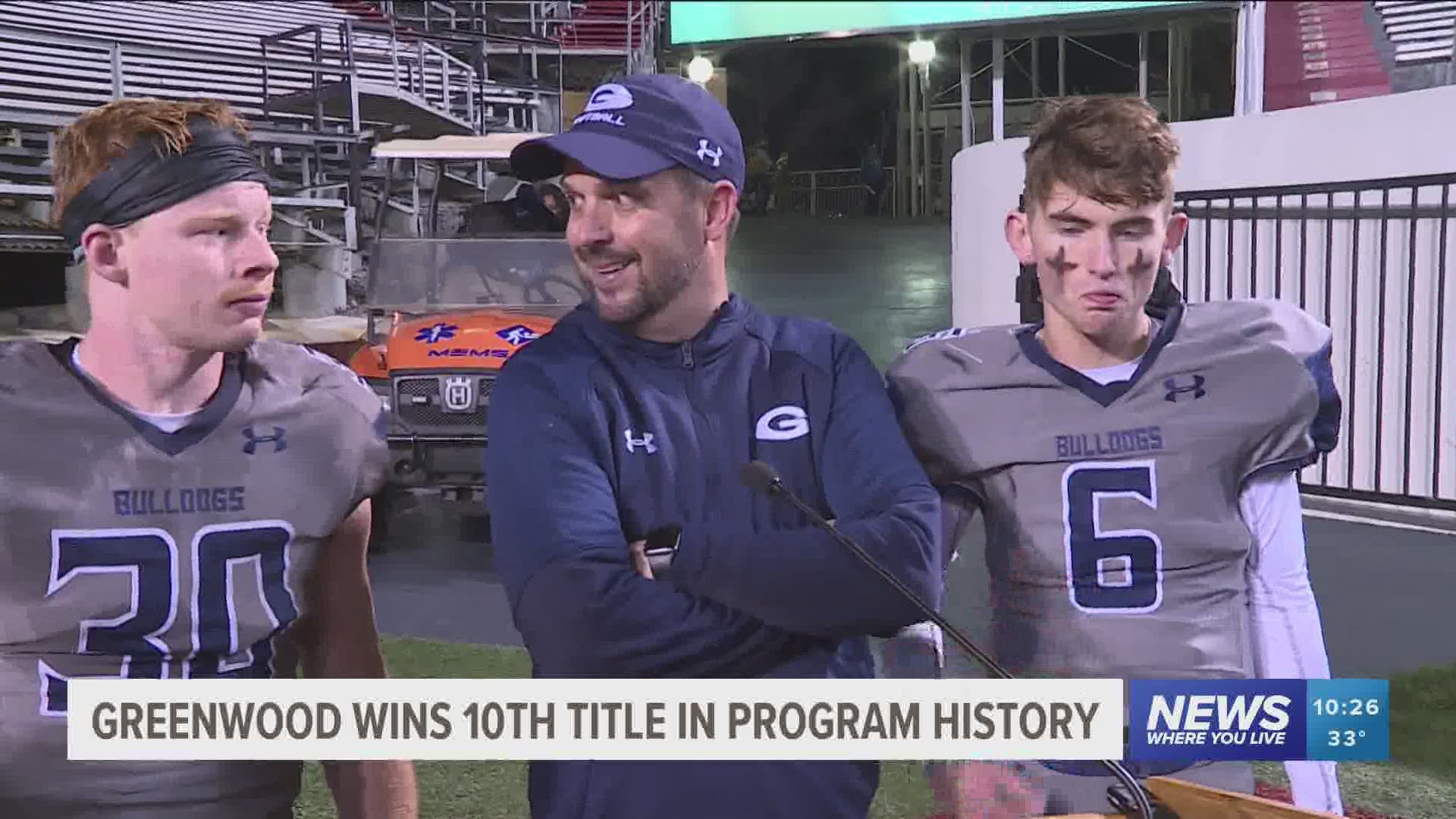 GREENWOOD, Ark. — The 2020 Greenwood Bulldogs got the job done and now there’s rocks to carve and walls to paint for a Greenwood team that gets to write themselves into the storied history books of this Bulldog program.

“I talked to our kids and said they’re always going to be remembered, whether it’s good or bad, whatever you do you’re always going to be tied to the 2020 state championship team,” says Chris Young, the long-time Greenwood assistant who took over as head coach this season.  “We hope they represent us well, so we’re excited about being able to come back and see their names on the wall.”

“You just dream about those types of things whenever you’re younger,” says senior Ty Cowan. “You come out here and you watch when you’re in the younger grades, it’s a great feeling to be a part of it.”

“Leaving a legacy is just something that will stick with me for the rest of my life. I’m never going to forget this team, these seniors, the coaches, this community,” adds fellow senior Jayden Jasna.

Greenwood’s tenth title came in perhaps the most roller coaster of a season imaginable, with longtime Young taking over the head coaching job, then dealing with COVID-19 shutdowns, last minute game cancelations, and everything in between. In the non-conference, Greenwood downed three 7A teams, most late additions to the schedule.

“One of the first ones was Bentonville West,” remembers senior Caden Brown. “Coach Young called us in and asked if we wanted to play them. We were like heck yeah we do let’s get it. That’s our mentality, just go at whatever’s in front of us.”

Greenwood gets title number ten!The Bulldogs take down Lake Hamilton, 49-24, to complete a perfect season with a 6A state championship! #5NEWSFFN pic.twitter.com/56tNwRTAYX

“It kind of gave us the adversity that we needed, to be able to pick up these teams and do things like that.”

When the clock struck zero at War Memorial, that adversity and pressure turned a chip on the shoulder into a diamond, an undefeated season and a state title that will forever be etched into Smith Robinson Stadium.

“The best feeling in the world at that moment. It was breathtaking, just holding up that trophy and knowing everyone’s behind you, it’s amazing,” recalls Brown.

Jasna likened the final moments to Thanksgiving, fitting for a team that considers itself a family.

“It’s like when your grandma makes that dressing for Thanksgiving, and you’re waiting to eat it, and it finally gets there. It means so much to us seniors. That trophy right here was the highlight of my life.”

RELATED: Greenwood takes on all challengers