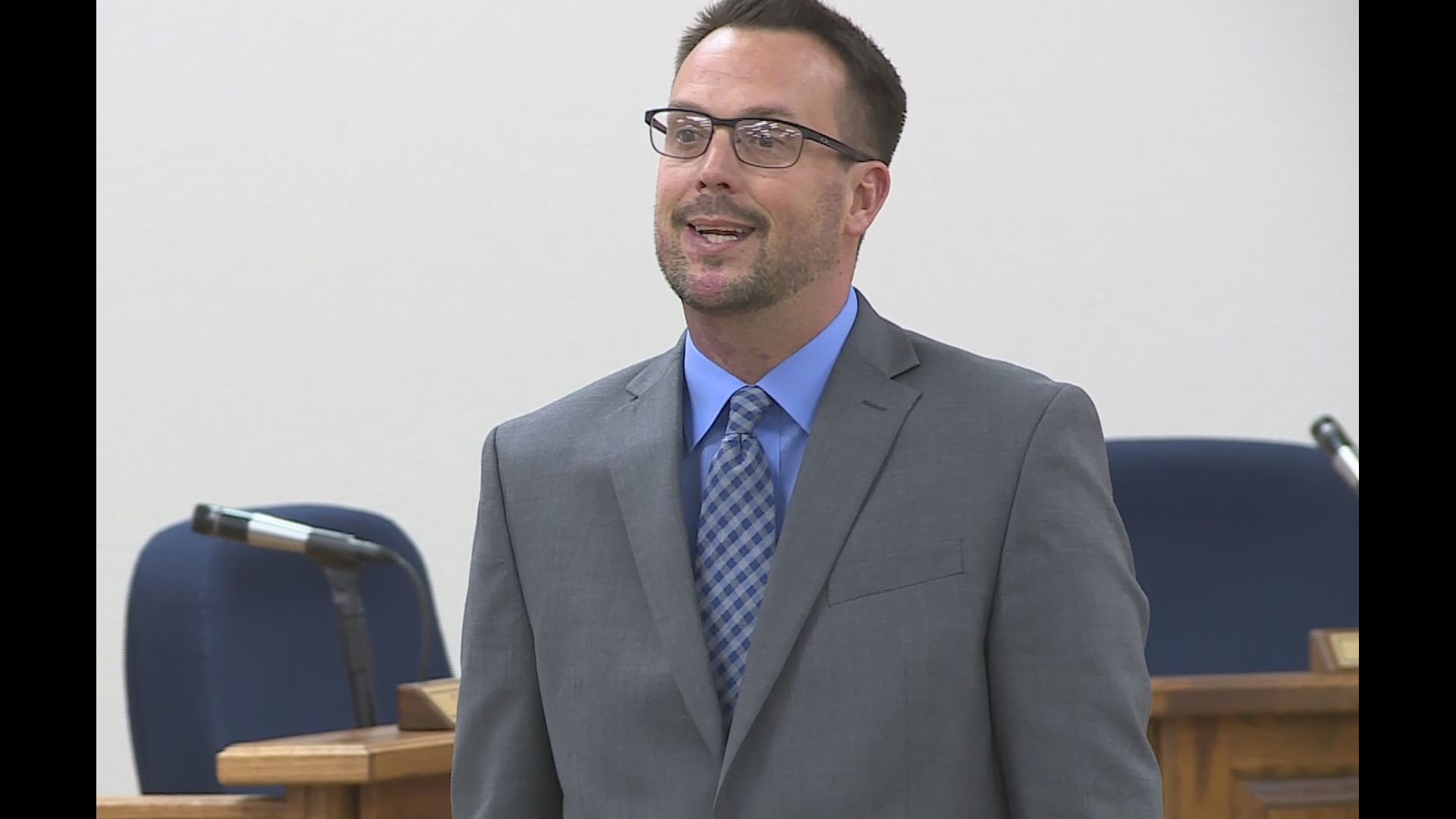 Young changed his mind just a week later and now his loyalty to the Bulldogs has paid off.

At a school board meeting on Wednesday night, Young was approved as the school's next head football coach. Young was on staff for nine state championships, many of those with him serving as the team's offensive coordinator.

"This is something I've wanted for a long, long time," Young said. "Obviously I was very happy working for Rick and working with our staff but I'm very excited about the opportunity to take over this program and continue what coach Jones and our staff has started and just look for ways to improve our program."

Young replaces Rick Jones after 16 seasons, in which he led the Bulldogs to eight state titles.

"I don't think the expectations can shift in this town," Greenwood athletics director Dr. Dustin Smith said. "I mean people expect Greenwood football to be at a certain point and we want it to be at that point. We embrace that expectation. The standard here is excellence and we want to continue that and we won't lower that standard at all."

Jones left to take over as the athletics director at Cabot in April of 2019 but less than two full weeks later, he resigned to return to his positions at Greenwood.

Young, a 1995 graduate of Northside, is the son of long time Grizzlies coach Joe Fred Young. The elder Young went 147-67 at Northside and won the 1987 state championship and seven times finished runner-up.

"We've been very successful with what we've done and we'll continue to do most of those things but we will look for ways to improve," Young said. "We'll evaluate everything we do and find ways to get better."