Vian Plays For More Than A State Title 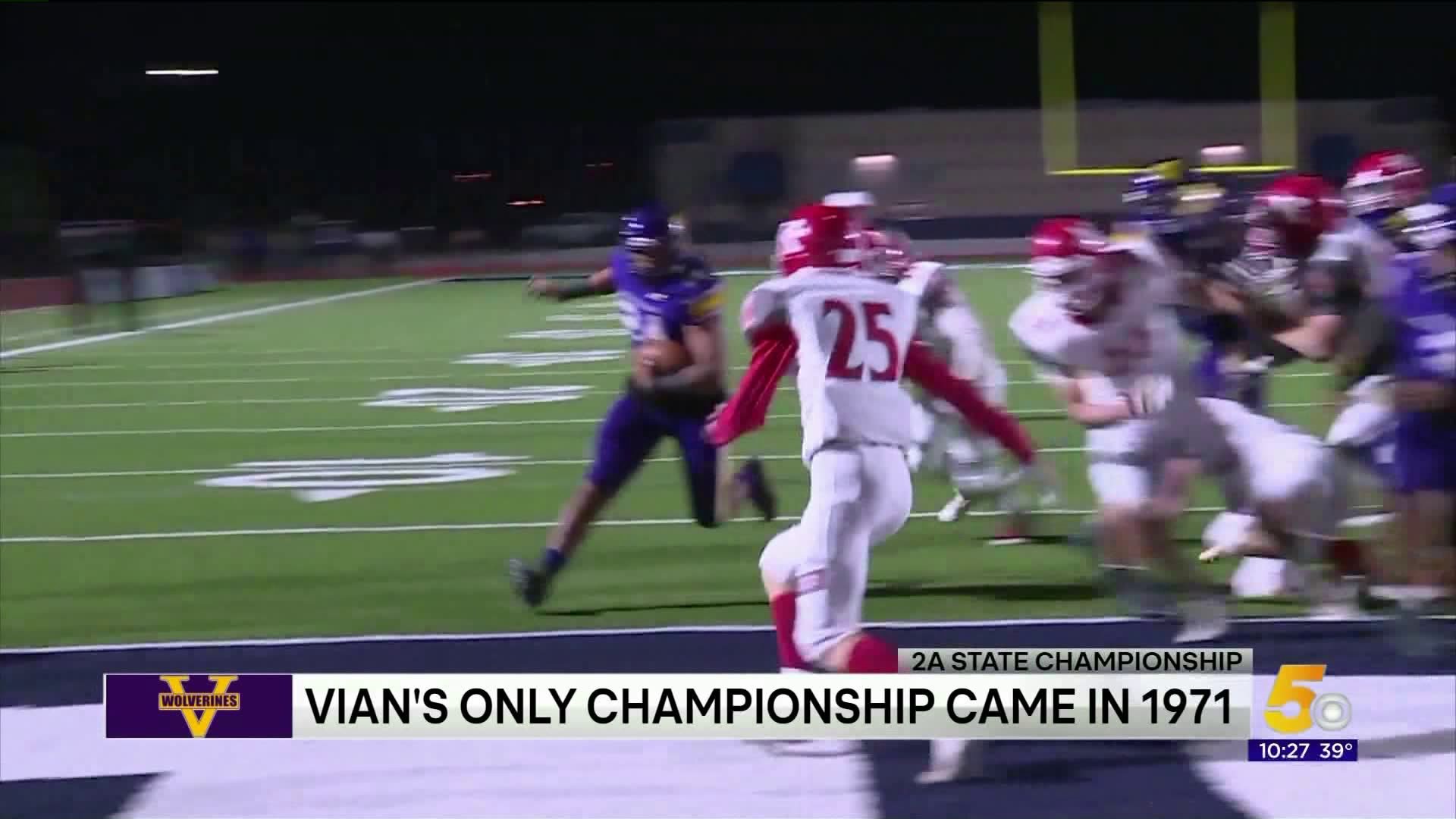 VIAN (KFSM) - When driving in to into Vian, Oklahoma, you almost immediately notice two things: the Wolverine flags that line the streets, and the football stadium. It's a town tied to its football team, and now, that team is one win away from history.

"It’s everything to this town, cause a lot of people back then, they had teams that were good, but never got it down," says senior Elijah Wright,  "so us in the position to win it, it’s a big opportunity for us, but it's a bigger opportunity for this town."

"It’s something I haven’t been a part of so it’s crazy. There’s a  lot going on around town, and this town loves football."

"Theres a lot of stuff going around town, and it’s December so everybody’s doing Christmas stuff and they want us to be a part of it, so that’s cool," adds Cloud.

"Everybody’s congratulating you, but you can’t let it get to your head, cause we’ve still got to play. We can’t just be happy with making it, we gotta go out there and do our job and get it done," says Wright.

"I’ll be getting a lot of sleep early in the week cause I know I won’t be able to at the end of the week."

Vian is looking for their second title in school history, and the first since 1971. They'll face Metro Christian, who's gone wire to wire as the #1 team in the 2A and hasn't lost all year.

"As far as coaching goes, this is the mountaintop of it all," says head coach Gary Willis. "To see all the work they put in, you're just real happy to see them get here and get the chance to go finish it."

It all comes down to Saturday night in Edmond, kickoff set for 7 P.M.