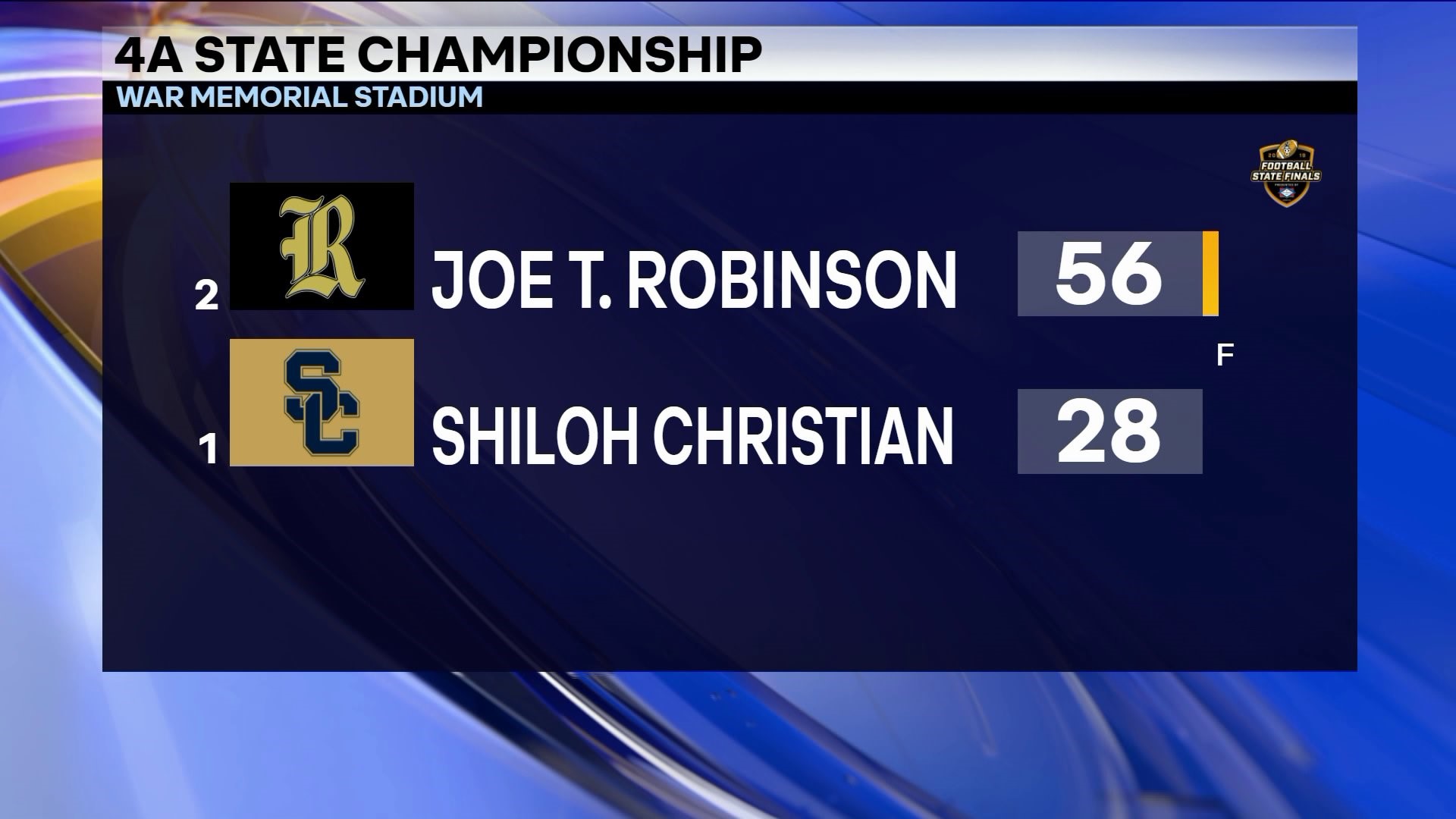 LITTLE ROCK (KFSM) - Shiloh Christian and Joe T. Robinson went back and forth for the first half, but in the end, Robinson comes out as 4A state champs, downing the Saints 56-28. It's a sweet redemption for the Senators after coming up short in last year's state title game.

Shiloh Christian got on the board first, capping a 91-yard TD drive with a 35 yard pass from Eli Reece to Beau Carson. The Saints came up with a pick on the ensuing Robinson possession, but couldn't capitalize.

The Senators then stormed right back, a 30 yard pass tying the game at 7-7 with  two minutes left in the first. Shiloh responded immediately,  via a Logan Raben touchdown run to put the Saints up 14-7 at the end of the first quarter.

After that Robinson went on a run. After a Shiloh fumble, a little Robinson trickery ends with a TD pass from Buddy Gaston to Martel Nunnally, and the game tied at 14-14.  Shiloh would turn the ball over again on the next possession, their third of the quarter, and again Robinson capitalizes, with Gaston finding Hunter Smith to make it 20-14 Senators. That's where things stood at halftime.

Robinson picked up the second half right where they left off, a 5 yard touchdown pass putting them up 28-14. Then, disaster for the Saints. a 56-yard interception return for a touchdown made it 35-14 in the third quarter, and proved to be too big a hole. When the dust settled, Robinson was on top 56-28, clamming the 2019 4A state championship.