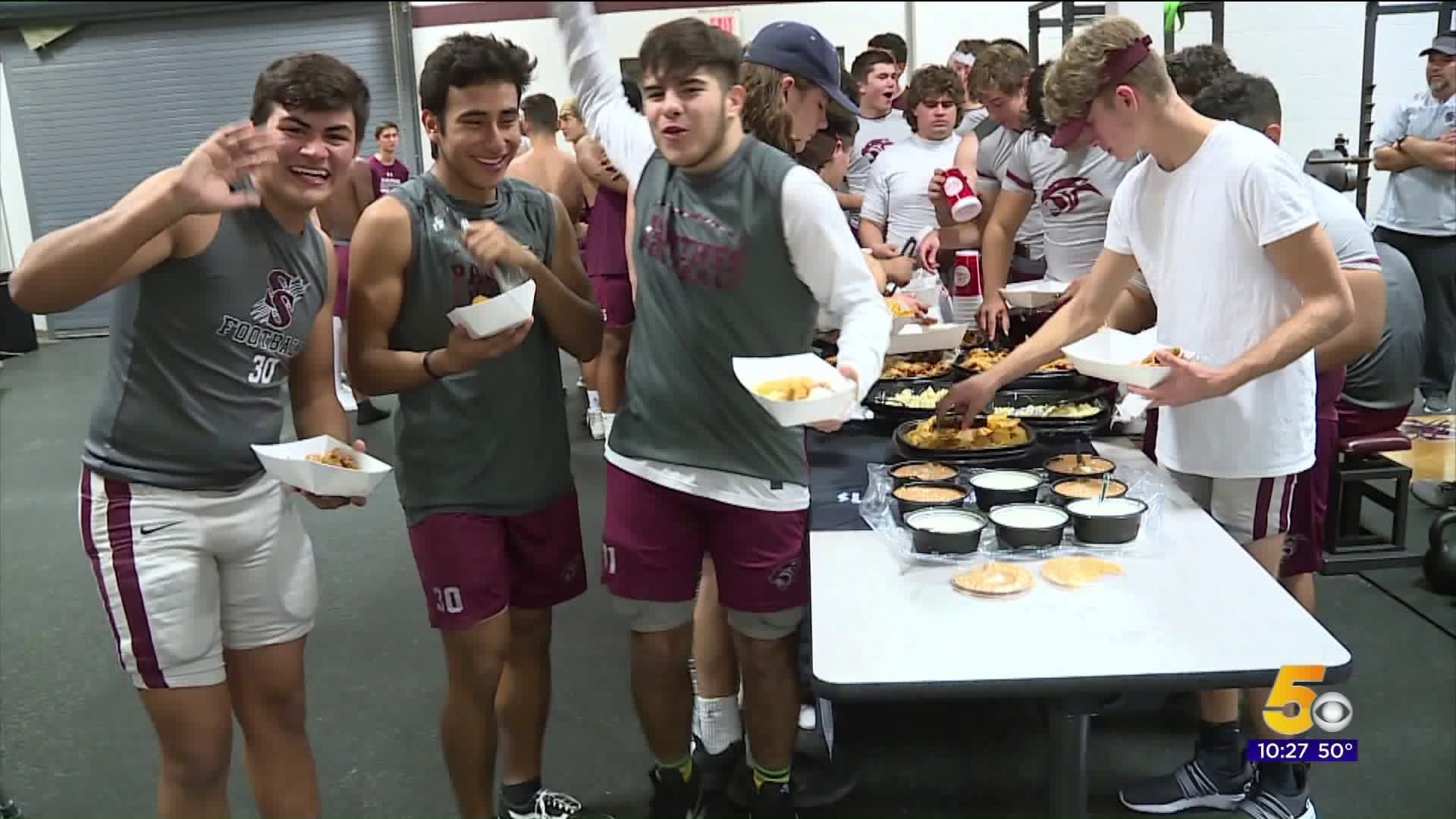 SILOAM SPRINGS (KFSM) - Siloam Springs is the Slim Chickens Team of the Week after the Panthers beat Marion for their first playoff win since 2014. But the five year wait was nothing compared to last Friday’s trip.

"You definitely have to flip a switch, and on way there have the mindset of you’re getting ready to play," says senior quarterback Taylor Pool.  "Not  that you’re goofing off and you’ll be ready to play when you get there. You have to be ready to go."

"We had one thing on our mind and that was to go win," adds tackle Jared Clark.

Win is what the Panther did once they arrived in Marion Friday night. It’s a win that proves to the team that Coach Craig’s process is paying off, even in just his second year as head coach.

"It meant a lot," says Pool. "The last few years, we haven’t done too well, record’s been up and down, now we’re turning a corner."

Craig notes that the team has been on the wrong end of some close games this year.

"This obviously is what I thought we could be. We stepped up, got a big win not he road, and hopefully it propels us the rest of the way."

"We’re changing this program," says Clark. "I really feel like we're moving in the right direction, really getting somewhere."

"It’s gonna be a tough game and we know it. But we want to get that win as much as anybody else, so that’s what we’re gonna go out and do."

But before that, the Panthers will enjoy their chicken, and a few other rewards. Linebackers coach Tony Coffey let the team shave his beard.

"I told them they could do it when, not if, but when we won a playoff game."

The (much shorter) trip to Greenwood for round 2 two is this Friday, with game time set for 7PM.