Senior’s Success Has Been A Lifetime In The Making 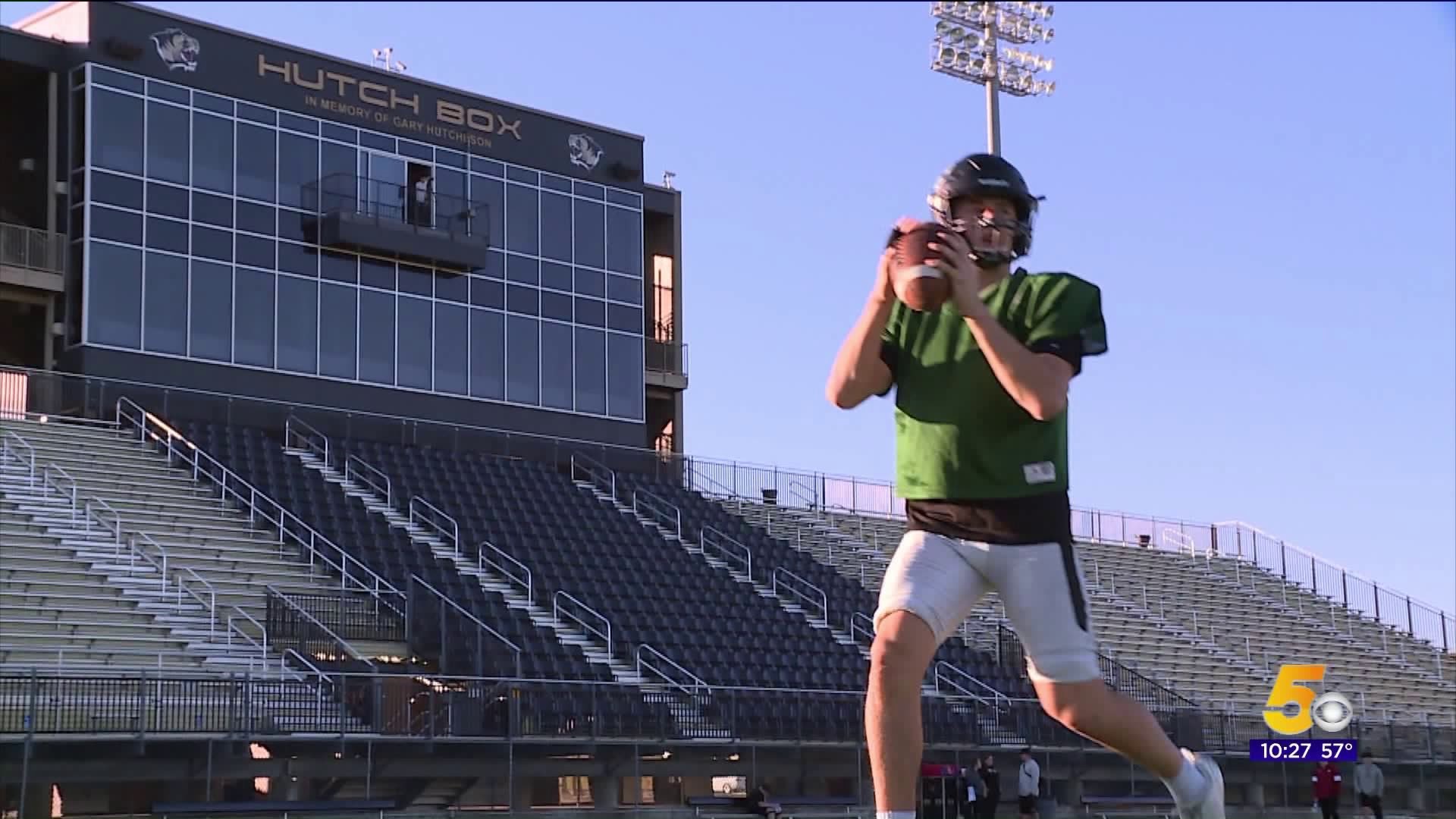 BENTONVILLE (KFSM) -  Ben Pankau's teammates have known for a while, "he’s always been projected to be the quarterback."

Pankau’s path to the Bentonville quarterback job started when he first picked up the pigskin in third grade.

"I just remember that I could just throw it, not really accurate but I could throw it really far, the farthest of anyone on the team, so they were just like alright, we’ll put you there. I could probably throw it 20 yards," says Pankau with a laugh.

When he arrived at Bentonville High School, that path took a detour, as the Tigers had an entrenched starter in Nathan Lyons.

"There was a good senior quarterback, so I had to step out of my comfort zone and play safety for my junior and sophomore year."

His coach, Jody Grant, knew Pankau was up for the challenge.

"Of all of our kids he can handle it, he’s very intelligent."

"You can put him anywhere on the field and he’ll be good at it."

Now in his final season as a Tiger, Ben Pankau, starting quarterback,  has finally arrived.

"I feel like I’m back now in my main habitat."

"It’s been a two year hiatus from being a quarterback full-time, and he came and competed in the spring,  has done well and progressed, we’re very pleased with what we’re getting from him at this point," says Grant.

There's plenty to be happy about. Pankau has led the Tigers to a 9-0 start, accounting for 16 touchdowns (10 passing and 6 rushing) along the way. He also has two interceptions and over 30 tackles on the defensive side. His demeanor both on and off the field has made him a leader.

"He likes to mess around a little bit, but when it comes down to it he’s strictly business," says fellow senior Matthew Schluterman.

"A goofball really, just a funny guy, a good guy, but on the field he’s serious and this means a lot to him."

Pankau and the Tigers will play for a 7A-West title this Friday against rival Bentonville West in Centerton.