Father-Son Duo Relish Time Together On And Off The Field 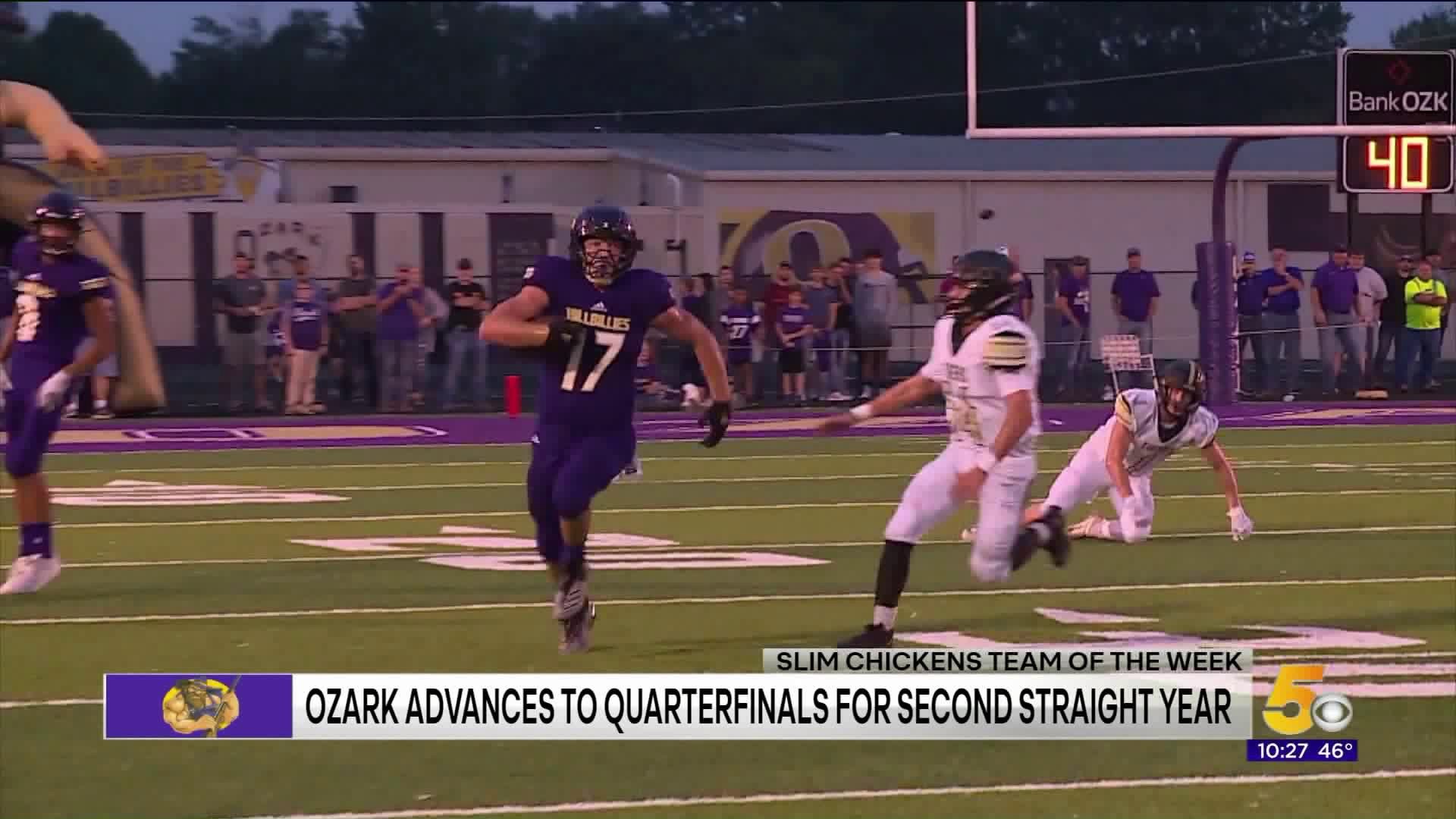 OZARK (KFSM) - Two years ago, Ozark saw their season come to an end in the playoffs against Warren. Last Friday night, the Hillbillies were finally able to return the favor, and the big win makes them the Slim Chickens Team of the Week.

"These seniors especially, they were sophomores on that team, and a lot of these guys played, so they were really wanting to get the win going out on their senior year," says head coach Jeremie Burns.

One of those seniors is Bryant Burns, a leader to his teammates, like sophomore quarterback Ryker Martin

"He's a powerhouse. He’s gonna be there beside your side, if you mess up he’s gonna pick you up."

And of course, Bryant is a son to head coach Jeremie Burns, a bond the tight end treasures.

"It’s awesome, it’s been the best relationship you could ask for."

"It’s been one of those things that you love to see him play each and every play, and that’s what I tell all these guys, just to cherish each play and each practice because you never know when it’s going to be your last," waxes the elder Burns.

Bryant will be off to West Point to play football for Army next year, but for now, each Ozark win extends his time with his team and his dad. The Burns' are making their time count, says coach,

That's still a bit further in the future than Bryant wants to look.

"It's motivation, but right now we're just focusing on going 1-0 each week."

This week, it's a battle with Pea Ridge in the 4A quarterfinals, with kickoff set for Friday night at 7pm from Hillbilly Stadium in Ozark.