Lucky Will Timmerman Healthy After Complications During Mother’s Pregnancy 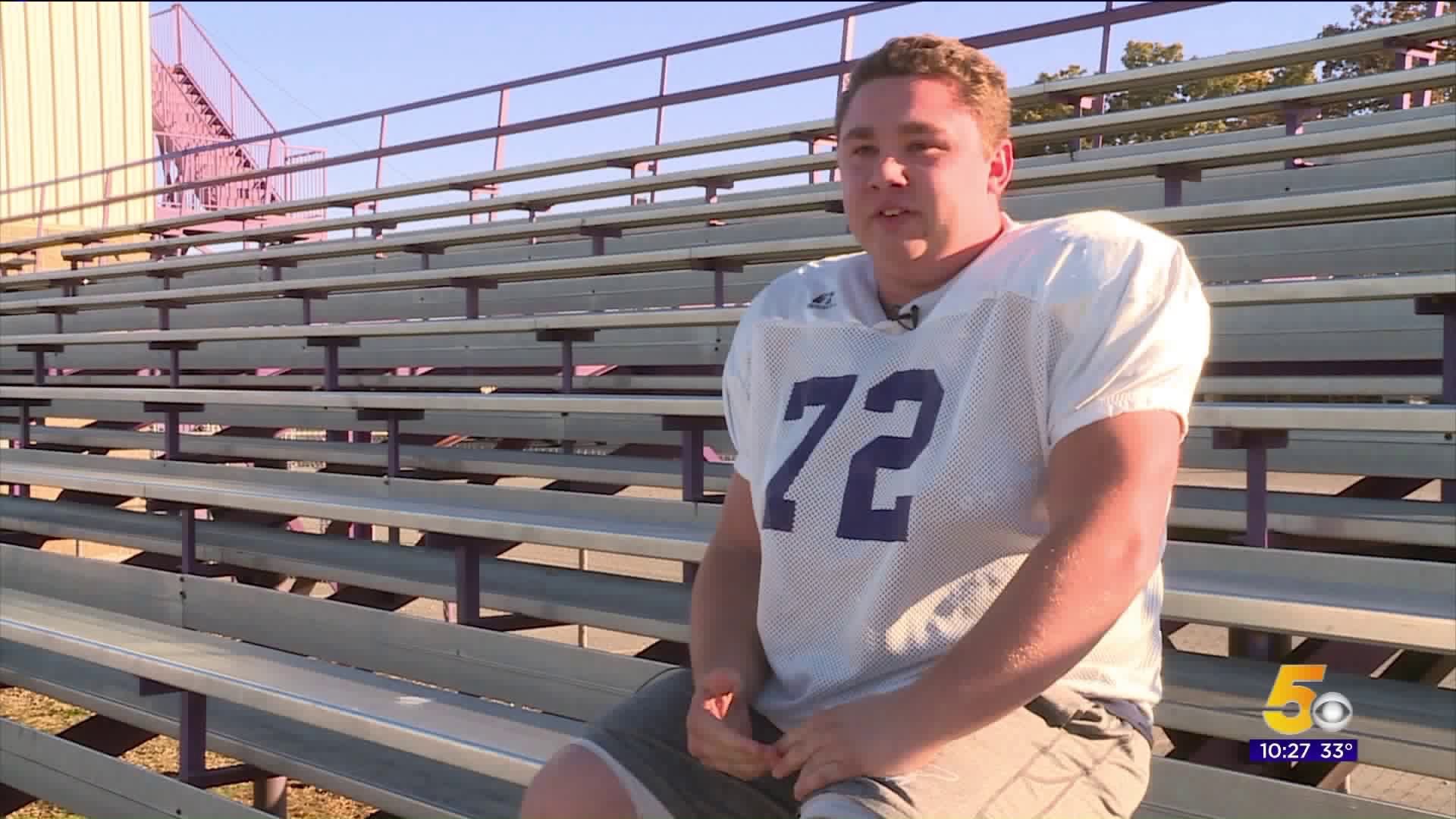 “My name is Lucky Will Timmerman," the senior said with a smile. "I play center and kicker.”

Most people call #72 by his middle name, Will. But his first name embodies everything it took for him to get here.

“We tried for at least two years," his mom, Kellye, remembered on her pregnancy.

Little did the Timmerman’s know that getting pregnant wouldn’t be the only challenge ahead.

“16 weeks into the pregnancy, my water breaks," Kellye recalled.  “I said, well what does that mean? [The doctor] said it means you’re going to lose this baby.”

A world pulled out from underneath them, but one doctor thought the baby could still be saved.

“Complete bed rest," Kellye said of her next step. "I was allowed to get up and take a shower every 2-3 days. I could go to the bathroom, but that was it. I was down the rest of the time.”

For months, her only goal was to keep her son safe.

“Internet was not quite available then, so there was only like three games that you could actually play. I was a master at Balloon Pop."

To her, bed rest was a small price to pay to keep her child alive. Despite the sacrifices, uncertainty still circled throughout the duration of the pregnancy,

“They did feel that there was more wrong than just my water breaking," she mentioned of the doctors thoughts.

However, just three weeks early, Kellye’s water broke a second time, resulting in the delivery of her healthy son.

“Once he was here and he was perfect in every way, you can never be happier," she said with a smile.

The Timmerman's wanted to always remember his good fortune.

“His godmother, Shelly Rice, pops up and says well, you know what you oughta name him. You should name him Lucky, cause he’s dang lucky to be here," she said of her son's name.

The name stuck, and from a high risk pregnancy to now fighting to lead the Hillbillies to their first state title, Lucky radiates his spirit in every time he lines up.

“We haven’t had to worry about snaps or anything like that," head coach Jeremie Burns said of his player. "He’s been steady with his shotgun snaps. It’s been good.”
Lucky embraces his name to mold his outlook on life.
“I try to stay as positive as I can, because I couldn’t have been here very easily," he mentioned. "I try to make things as happy as I can and live life happy.”

In fact, Kellye may have put it best.