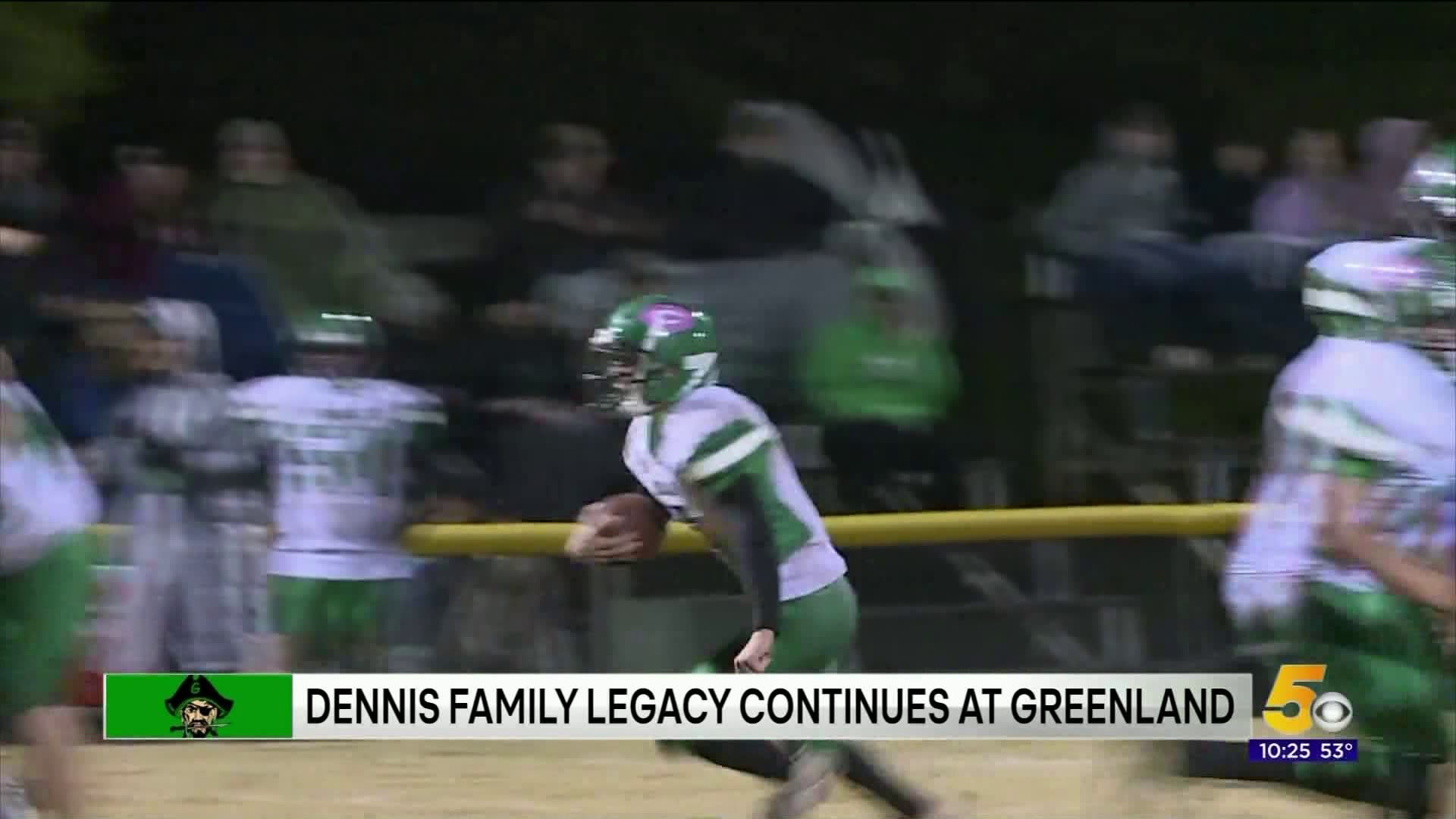 GREENLAND (KFSM) - When it comes to the the Dennis family, Greenland athletics are just in their blood.

"You have certain families that come through certain towns, and the Dennis family is one that's come through this town with really good football players and good kids," head coach Lee Larkan explained. "That's part of being in a small town. You can look and say, hey I know I've got this kid coming up. I know he's going to be good."

Jett Dennis is the third and youngest of the trio of brothers to play Pirate football - following in the footsteps of both his parents who also were athletes at Greenland High.

"I always looked up to everybody playing ahead of me and I always wanted to be like them," Dennis mentioned.
"We have the expectations of a good kid who's going to work really hard and play hard and he's going to always do what you ask," Coach Larkan said of the Dennis family. "I've had three of them, and they've all been the same."
For Jett, dressing down in the green and white has been a lifelong dream.
"I just remember watching my brothers score touchdowns, and I'd be really proud of him and my family would be really proud of him," he reminisced. "I always wanted to grow up and be like him. Both of them."
Now - he's pushing the envelope with his hard work and the success is following. Through eight games, the junior has racked up 927 yards and nine touchdowns, and he's not slowing down any time soon.
"I think he's going to help us upset some people in the playoffs that maybe people didn't think we could beat, and I think next year he will have an unreal year," Coach Larkan said of his expectations.
"I'm just trying to make a name for myself, trying to keep up to the Dennis name," Jett concluded.
A last name and a legacy Jett is closing out on a high note.
Greenland's next matchup will be this Friday against Paris. Kickoff is scheduled for 7:00 PM.