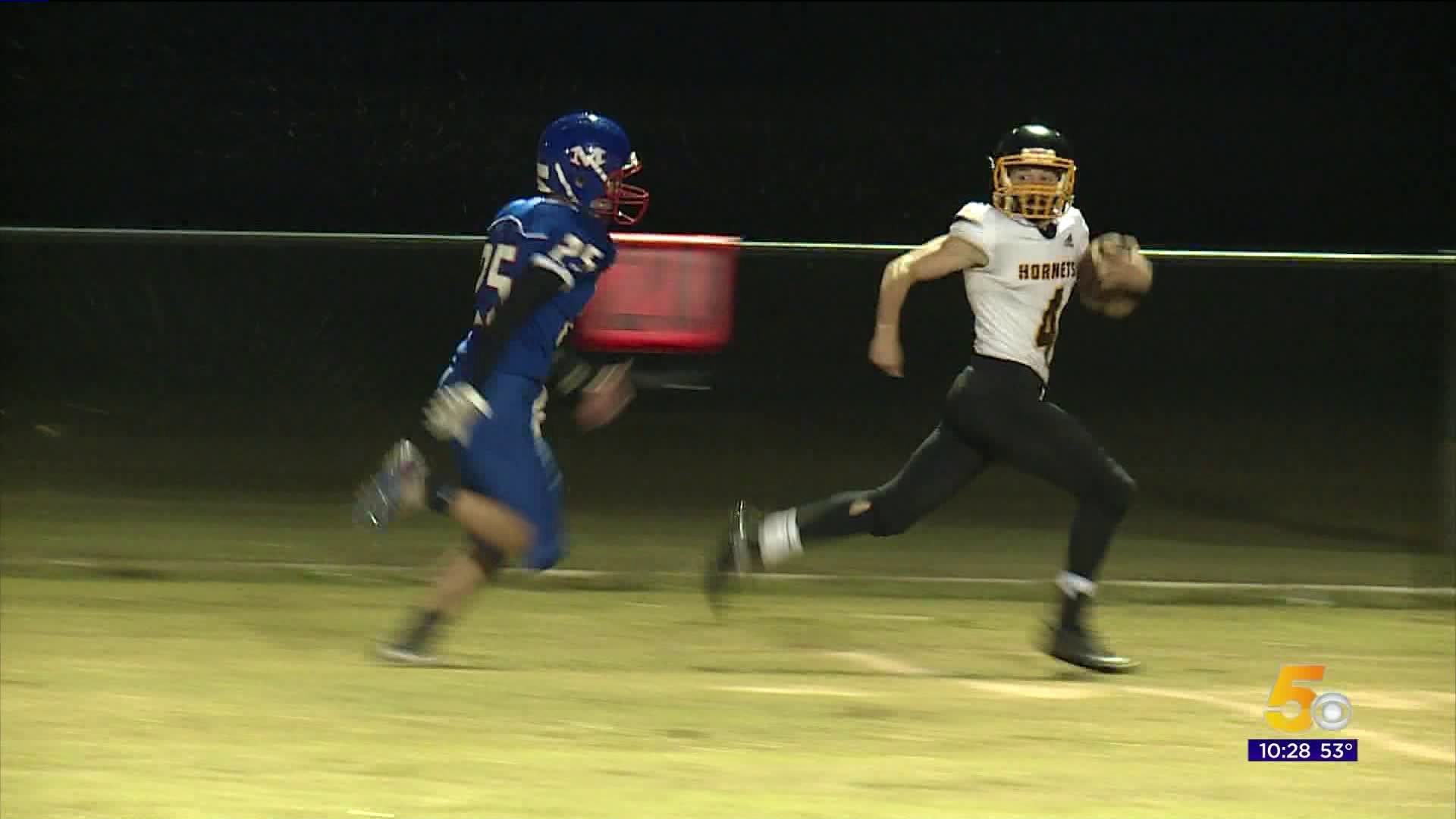 HACKETT (KFSM) - At halftime on Friday night, the Hackett defense was struggling, having just allowed 32 points to Mountainburg.

"Coach went into that locker room, pumped us up really well, then we went out there and played for him," explains senior Briar Goines.

They shut out the Dragons in the second half on their way to a 46-32 win, earning Slim Chickens Team of the Week honors.

It’s just the latest in a series of surprise wins under first year coach Michael Meador.

Shocking the world, or at least the 2A-4, has been a bit of a theme, explains Goines.

"I think every body was doubting us because we had a new coach and didn’t have a good season last year, but we’re proving them wrong."

"Just about every game, everybody has said we’re gonna lose, lose by 14, 16, and I feel like we’ve really come out and showed that we can play," agrees Weston Winters.

"Definitely shutting out the haters," adds senior Dylan Kats. "Beginning of the year, predicted to lose conference, and we’re definitely showing people  hat we’re a lot better than they thought we were."

Meador laughs when you bring up pre-season predictions. "Picks are picks, you gotta do your talking on the field, and that’s what we’ve done a good job of lately."

They'll try and continue that roll this Friday, at home against Lavaca.