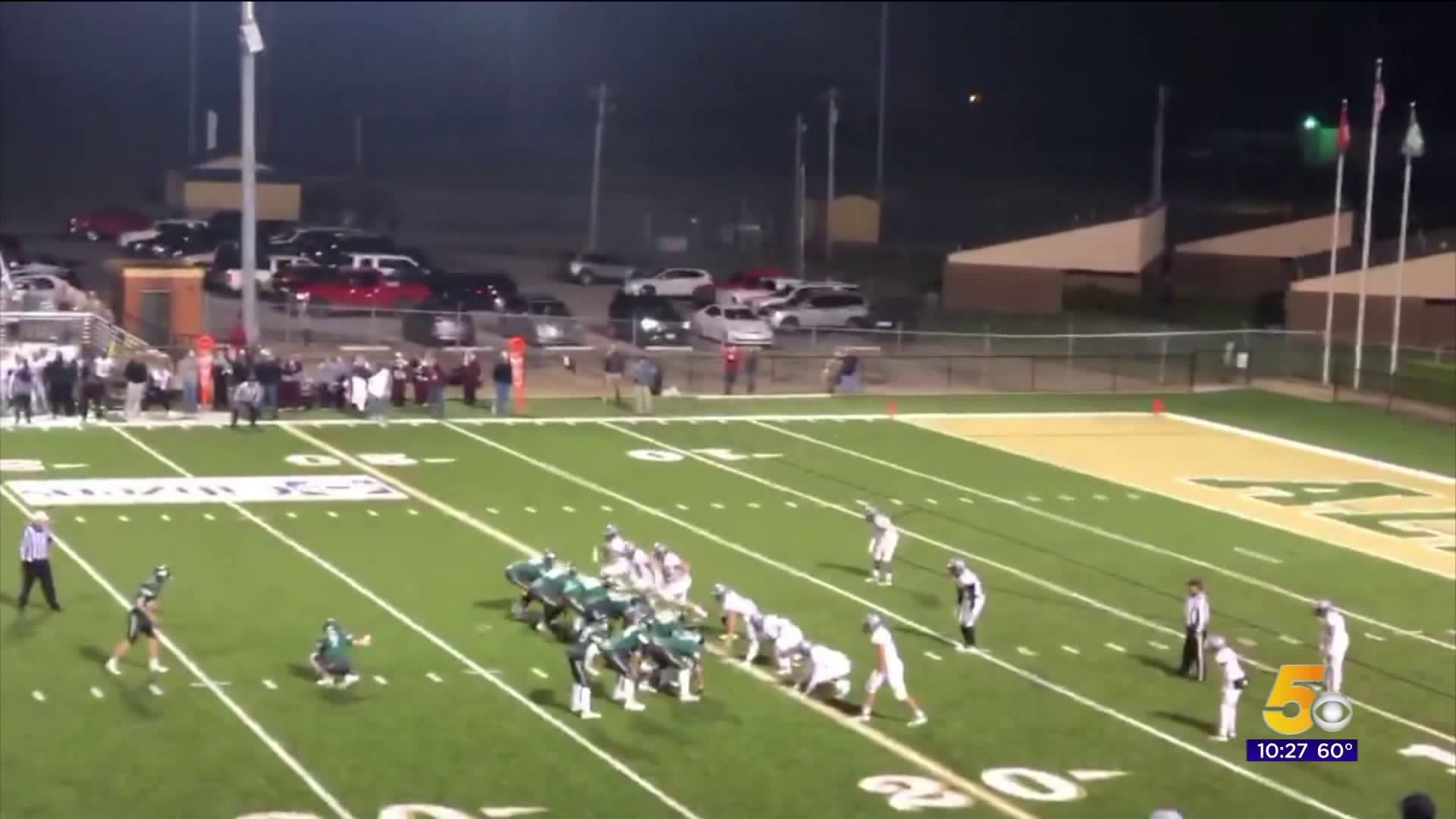 ALMA (KFSM) - Alma upset Morrilton 29-28 on a late field goal to earn the Slim Chickens Football Friday Night Team of the Week. But when you know the story behind that winning kick, it seems even more unlikely. Enter Olof Olsson.

"I knew from the first day that I really wanted to try out," Olsson, a Swedish exchange student said. "We don’t do a lot of American football in Sweden so I didn’t know much."

"Olof started the year, he’s part of our exchange student program," recalled head coach Doug Loughridge. "We have about 18 [exchange] students in Alma High School. He came to us the first day and said he’d played soccer for the last 10 years in Sweden and he had an interest in maybe trying to kick in American football."

"You hear that good kicking sound, and it’s just boom," senior Gabe Jensen described. "And you know it’s a good solid kick and he does it every single time."

"You always can tell with kickers, you can hear how it comes off their foot and he does, he has it," agreed Loughridge.

With that said, there were some challenges to overcome.

"At first it was a bit difficult adjusting to kicking a football instead of a soccer ball," Olsson explained.

But when Alma’s kicker got injured in a JV game, Olsson stepped up and showed off his leg. It was Olof’s first career field goal attempt and went straight through the uprights from 38 yards out.

"When I had that opportunity to score the field goal, I felt like I had the team behind me, I had the coaches behind me and I had the entire city behind me, so I felt good," said Olsson.

"It’s awesome for him, it’s awesome for his family back home to be able to take that back as an experience he’ll never forget," smiled Loughridge. "I still don’t know if he understands completely what he did."

"It’s a blessing cause I don’t think he really understands sometimes," added Jensen. "It’s actually just better for him to go out and do it cause it’s so natural for him."

Olof was always a football player, inspired like most Swedes by the feet of Zlatan Ibrahimovic. Now the exchange student can firmly say he's also an American football player.