Francis And Poteau On The Brink Of History 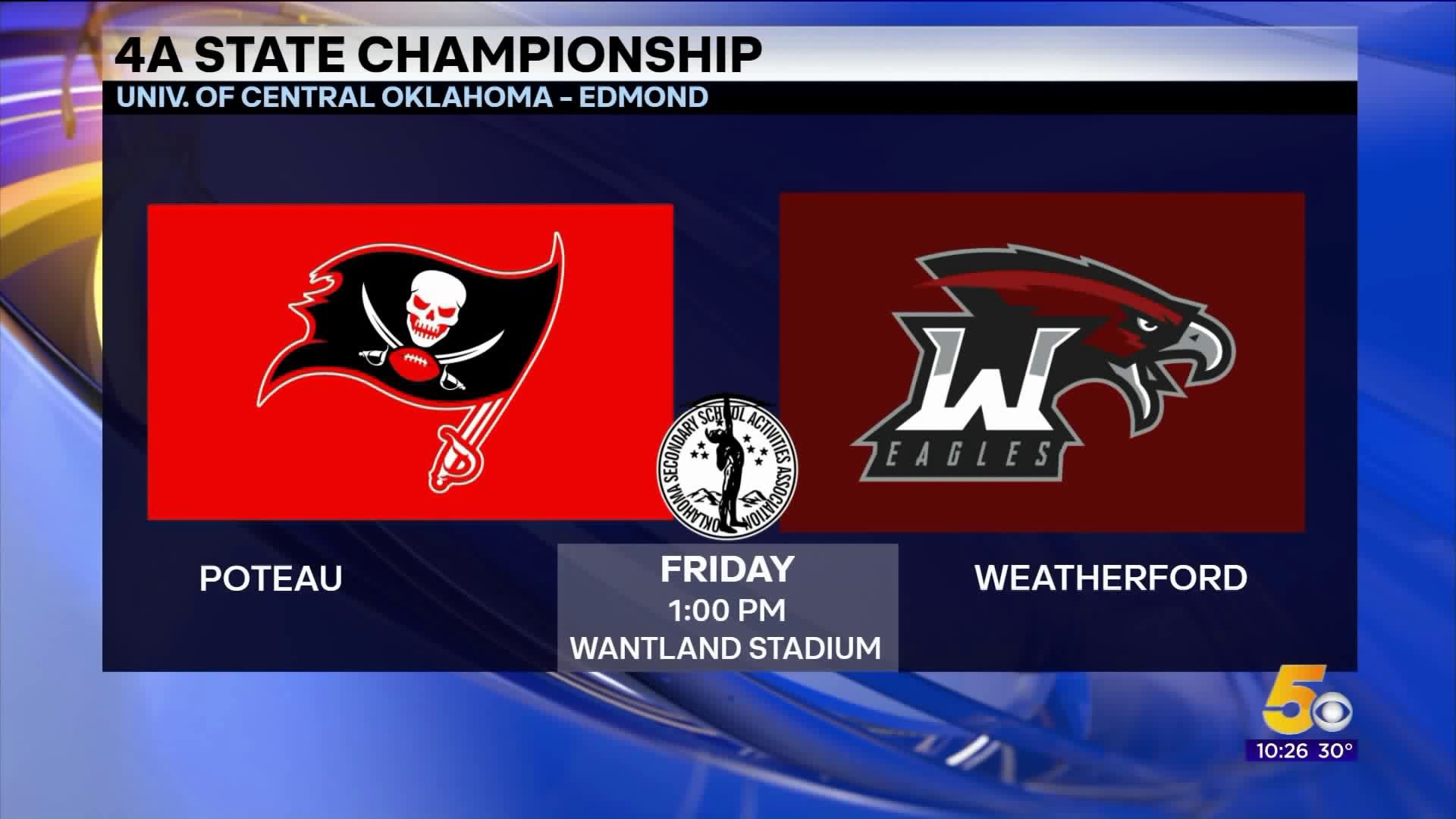 POTEAU (KFSM) - Something special is building in the shadow of the world’s tallest hill. Just ask the Poteau Pirates.

"If we win the whole town will probably shut down, there will be parades and everything."

The Pirates semifinal win has them back in the state championship game for the first time since 2013, and earned them Slim Chickens Team of the Week.

"If any group deserves to win a state title, this is the group that does. We’d love to see these seniors go out with a state title," says coach Greg Werner.

One of those seniors, of course, is star Easton Francis.

"Everyone always says there’s noway he’s still playing, seems like he’s been here for a long time," laughs Werner. "But he’s meant a lot to Poteau football, and he’s slept up to every challenge."

Last year, that challenge was an injury. For his senior season, Easton switched from running back to quarterback.

"I was a little nervous at first, but after I got the hang of it, I got comfortable. It doesn’t really bother me now, I just see it as running back, except  I’m getting the ball first instead of second," says Francis.

"No complaints, he just did it, and he sacrificed lot of stats. I mean, you’re looking at a thousand yard rusher. But he’s done it with the team in mind, and it’s speaks very highly of him as a young man, being willing to do that for our success."

And Francis and his fellow seniors are looking to do what no one at Poteau has ever done: end their careers with a win.

"That would honestly be history here at pot eau, cause no one’s ever done that. That would be something really special to me, I’d look back 20, 30, even 10 years from now, and we’ll be remembered as state champions, remembered forever."

The title game kicks off at 1pm Friday at the University of Central Oklahoma, where the Pirates will battle Weatherford.