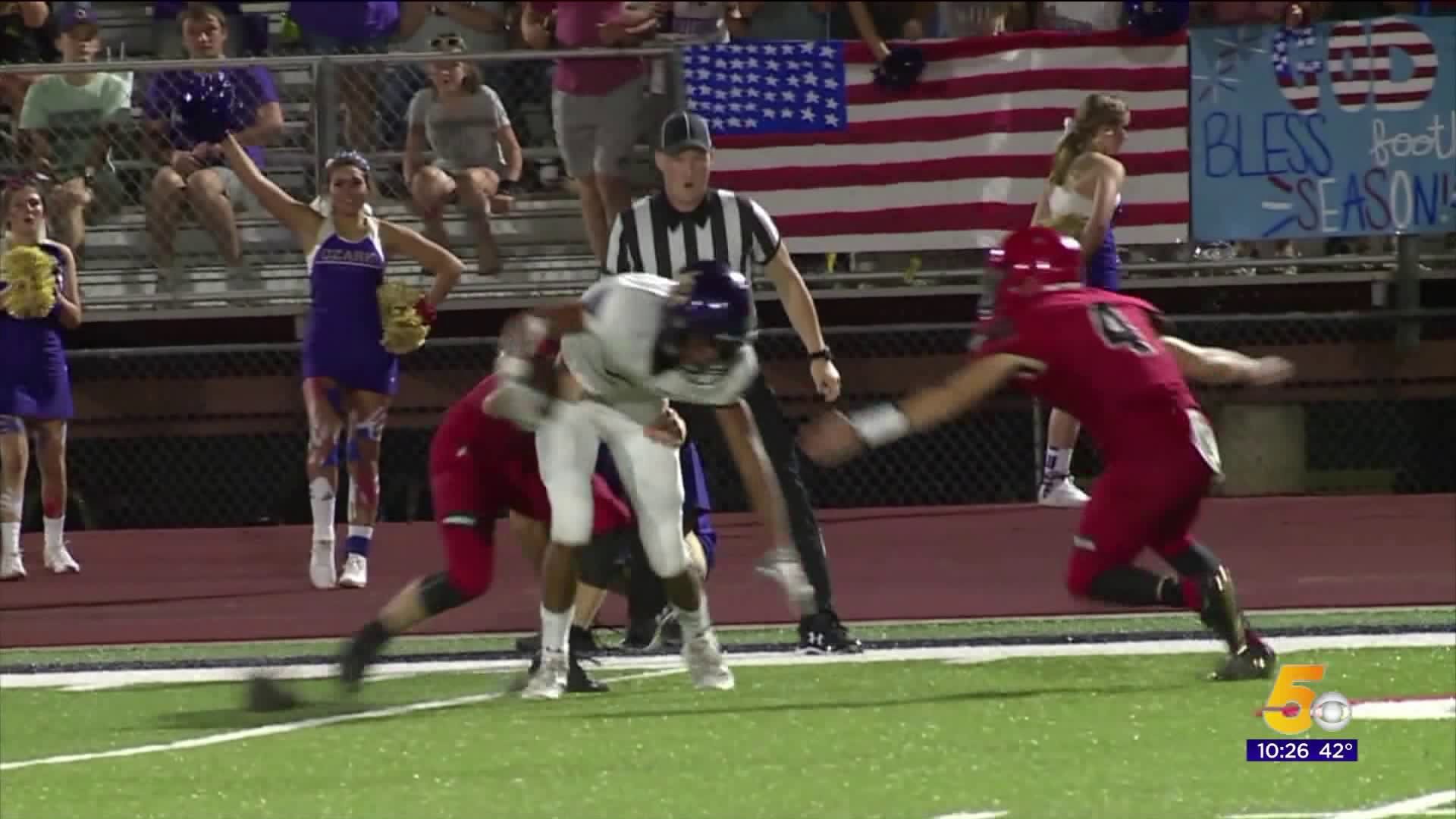 OZARK (KFSM) - Ozark is headed to its first semi-final appearance since 2012 - and a strong senior class has helped the Hillbillies make a postseason push, including triple threat Ethan Foster.

"He's a hard-nosed kid," head coach Jeremie Burns mentioned. "He's helped us offense, defense, and special teams. We rely big time on him and it hurts us if he's not on the field."

Playing at wide receiver, cornerback, and punter - Ethan is a jack of all trades.

"Wherever he needs me is where I'm going to be," Ethan explained. "Just make sure that I do my job."

The three-year starter hit a milestone last weekend when he passed the 1,000 yard mark in receiving yards.

"It means a lot to me especially because I feel like I've come a long way starting as a sophomore and not really getting the ball that much," he remembered. "As my senior year came, it started to click."

That talent didn't come without a little hard work.

"A lot of people don't know it, but during the off-season we'd come in almost every morning at 5:30 AM and we'd work hard, so I'm very proud of him and what he's accomplished this year," tight end Bryant Burns said of his teammate.

"He's grown in the weight room, and gotten even better as he's progressed all three years," Coach Burns added.

With at least one more game in the purple and white, Ethan is doing his part to try to bring home the Hillbillies' first state title.

Ozark faces off in the 4A semifinals against Robinson Friday night. Kickoff is scheduled for 7:00 PM.