Fayetteville Seniors Not Ready For Season To End 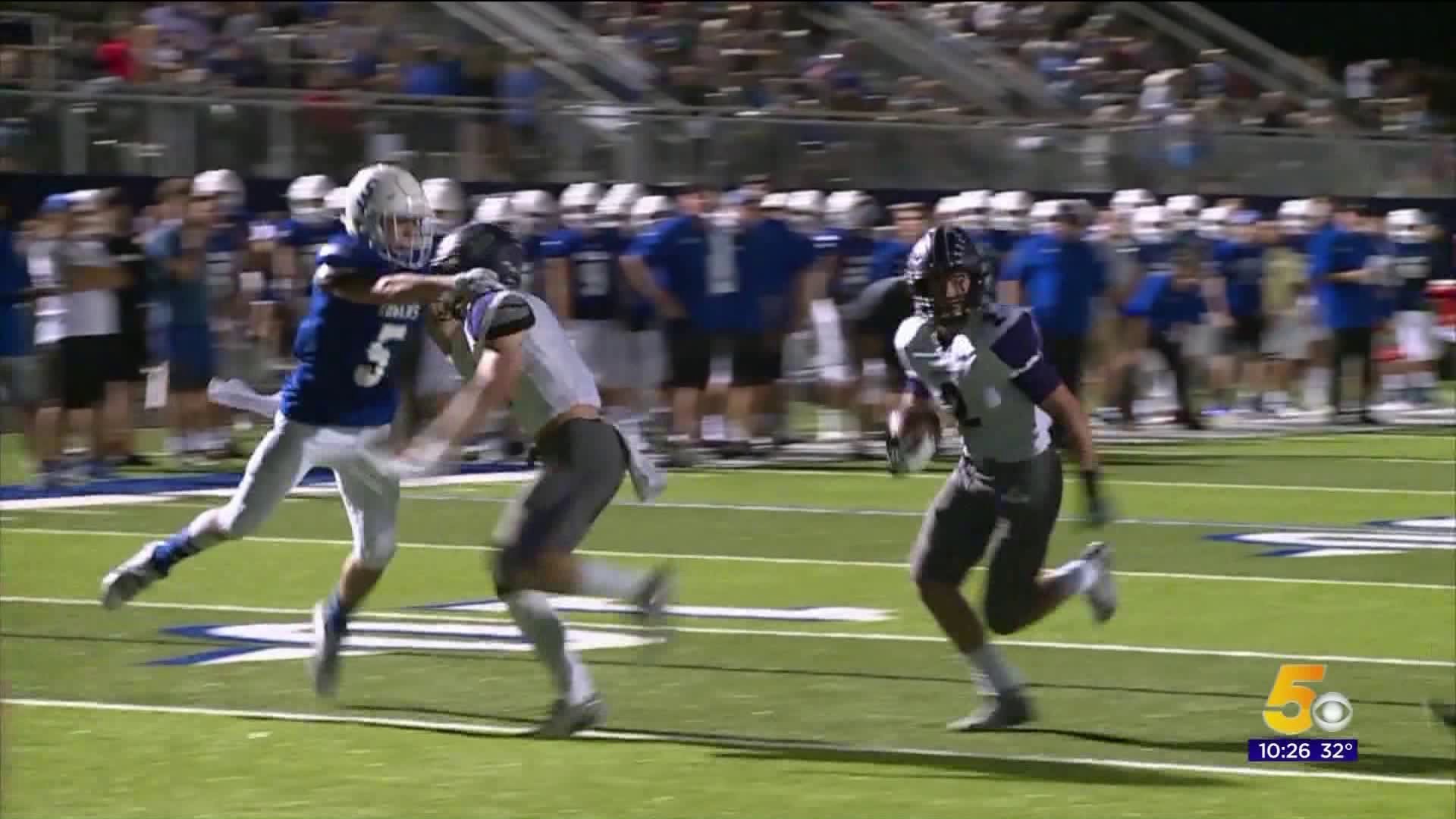 "The only thing we have that’s been concrete the last few years is the guys next to us."

And no matter who’s been at the helm, the Purple Dogs have been able to rely on seniors Connor Flannigan and Quade Mosier. First year head coach Casey Dick has seen first hand.

"They’ve been awesome, as far as being team leaders and team guys. And the bigger part is just being leaders for us day in and day out."

"I’m gonna get you your money’s worth at the gate. I feel like if I get the ball in my hands, I can make an exciting play," says Flannigan.

And Scott Reed, who will lead Cabot into Fayetteville on Friday, has seen the tape.

"He can take a 2-3 yard gain and turn it into something that can light the scoreboard up, so he is a very good player."

Mosier has goals for himself on the defensive end.

"I just like to leave an impact on the guy I’m going against, to make sure he know’s he’s not going to go against anybody more physical than me."

"It’s obvious he kind of runs their defense, and he’s a good one," says Reeed of the linebacker.

And while a 5-5 and season may not have been what they envisioned for their senior year, it’s not over yet, says Flannigan.

"We feel good as a team, even though our record may not show it, we feel like we can make a run in the playoffs."

"You can’t just rely on playing for yourself, it’s gotta be for the team.  Play for the guys next to you, play for the cause that’s bigger than yourself," adds Mosier.

Flannigan knows at this point, htey're playing to extend their careers.

"I’m gonna  go out there and give 100 % obviously. I don’t want to leave my Fayetteville career with any regrets, feel like go I could’ve done something different."

So while their careers may be on the line when Fayetteville battles Cabot in the first round of the playoffs, the seniors' legacies are already well established.