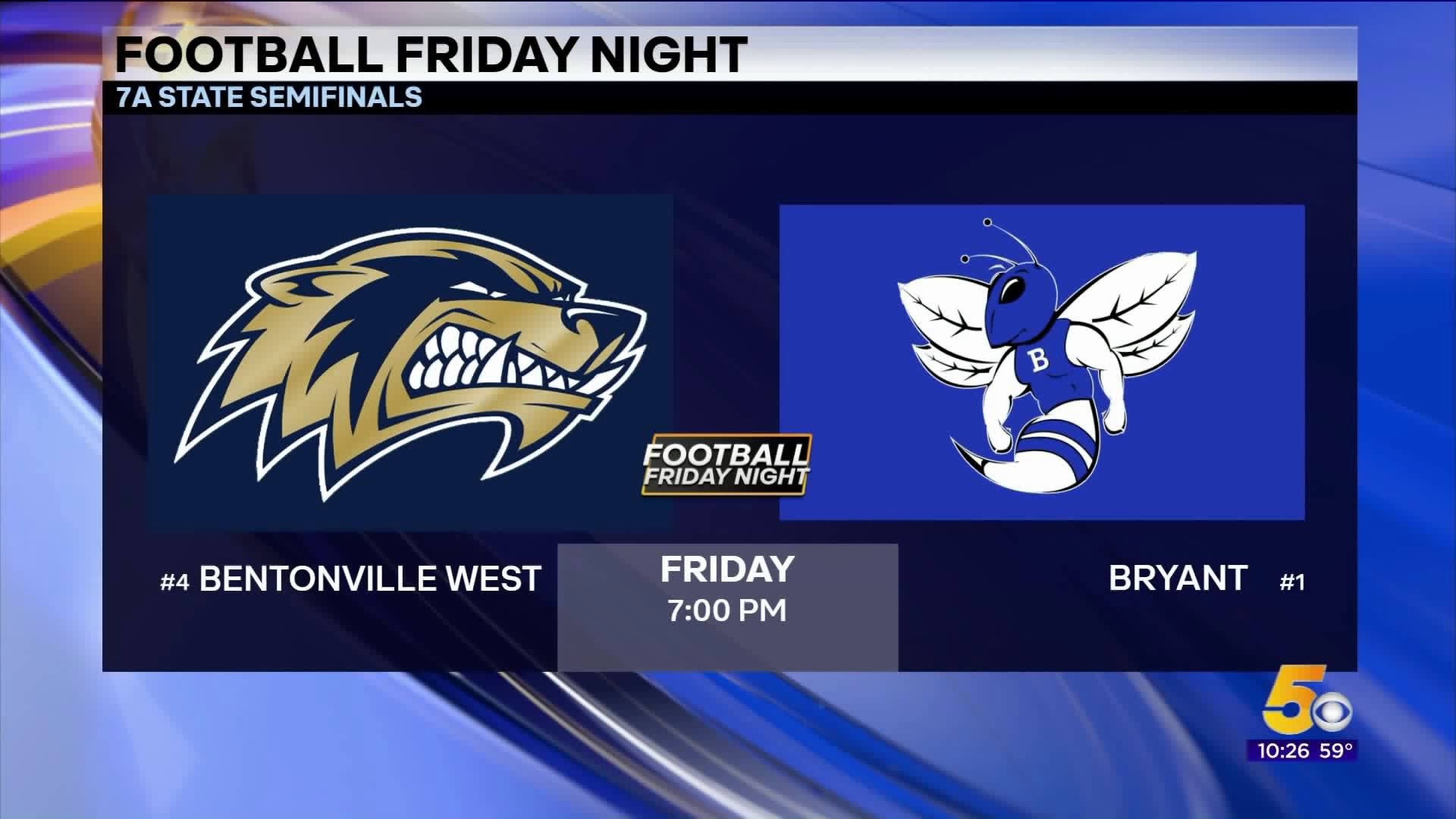 CENTERTON (KFSM) - "Blew his knee out against Owasso, then he broke his leg…"

Bentonville West coach Bryan Pratt could list injuries all day. Ten of the players who started week one have missed at least a game this season.

"I’ve been doing this 25 years, this is the one year we’ve been hit hardest. We make no excuses about it, everybody has injuries. It just seems every game it’s three or four out again."

But the Wolverines are unfazed, says senior Andrew Trader.

"Been through adversity over and over again. We’re hard workers, we’ve been able to go through the grit and grind of the end of the season."

"I don’t think there’s any team in the state thats handled as much adversity as we have and I think that’s really helped us grow," adds Jonas Higson, who recently returned from injury himself.

"We’re sitting here with all these guys out, and still playing in the semifinals, practicing through Thanksgiving, in just year four for the program," points out Pratt.

"Guys that do come back from injuries, they just want it more cause they’ve missed so many games, and I just think that we have that aspect over every other team in the state," says Higson.

Getting some key guys back has been a huge boost, which running back and safety Nick Whitlatch knows first hand.

"We got in a deep hole and it seemed very dark and nobody thought we were gonna get out of it. And we changed that, and now it seems like we’ve got everything going for us."

And if West wants to upset Bryant Friday, it will take everyone and everything they’ve got says Whitlatch.

"As a whole, our team is starting to get healthy. Everybody looks at Bryant like they’re unstoppable, and nobody’s gonna beat them, but we want to bet the one that change everybody’s minds."

West lost to Bryant earlier this season, but the Wolverines are looking for a different result in Friday's semifinal.