The best of the best from the Football Friday Night area 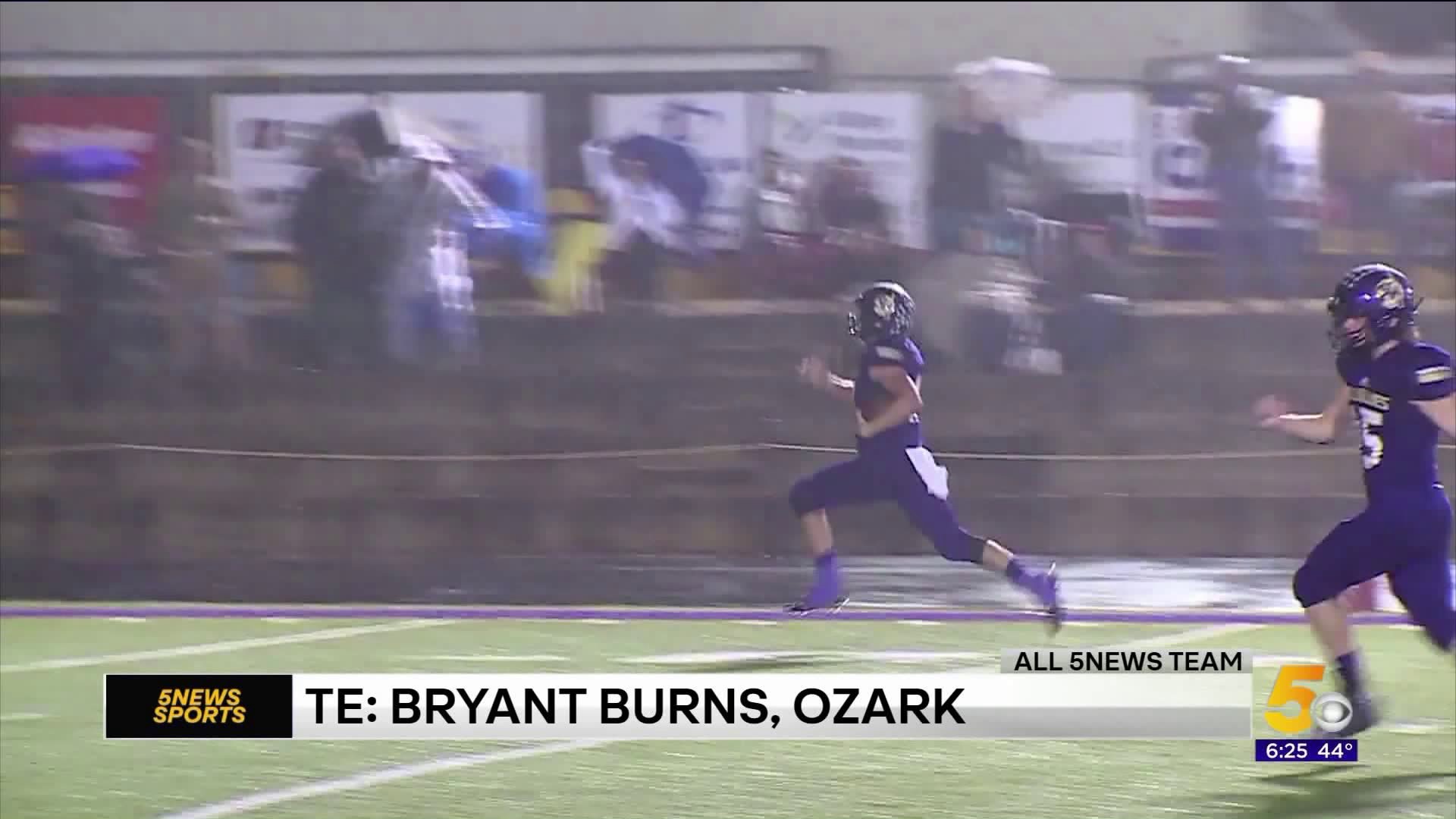 While some outlets and media sites might put out a list of players from just one classification or even lump players from divisions, we at 5NEWS wanted to put together a list that picked the best of the best from the Football Friday Night viewing area.

With nearly 60 football playing schools in our market, narrowing down the list certainly wasn't easy and a lot of good players have been left off but here are the student-athletes we thought stood out the most during the 2019 high school football season. 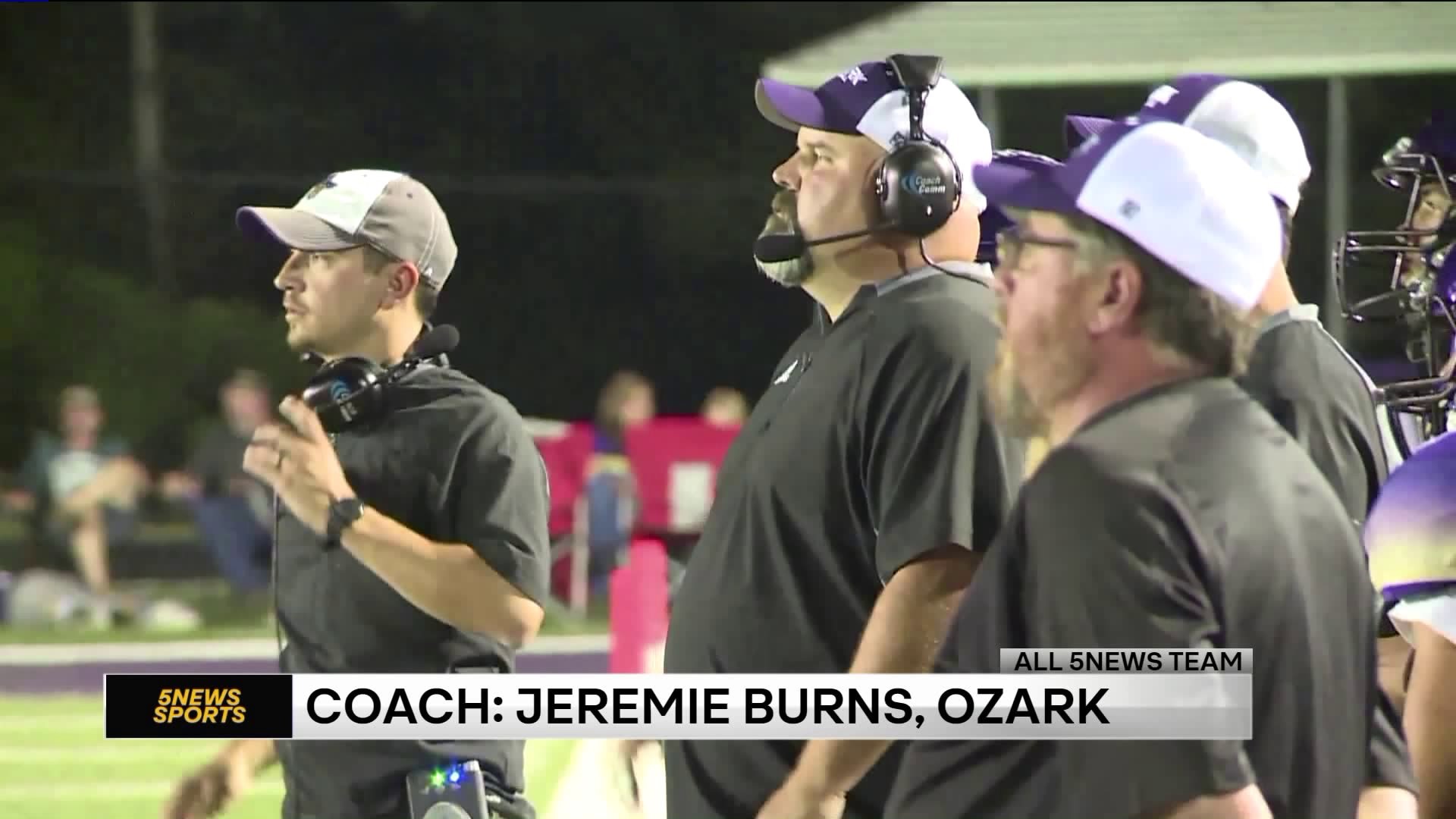 Quarterback - Eli Reece, Shiloh Christian
Reece led the Saints to the 4A state championship game, 14 wins and threw from more than 4,000 yards and more than 40 touchdowns. With many games put out of reach, the majority of Reece's stats came in the first half as Shiloh accounted for 760 points this season.

Running Backs - Preston Crawford, Bentonville & Jay Burns, Har-Ber
The 7A-West is never hurting for talent in the backfield and this year it was headlined by Crawford and Burns. For Bentonville, Crawford was the work horse and eclipsed the 1,000 yard mark and did a majority of his damage came before halftime as the Tigers outscored opponents by nearly 300 points in 2019. Burns was the big play weapon for the Wildcats as he ran for nearly 1,300 yards with 17 touchdowns and added four more scores in the passing game.

Receivers - Connor Flannigan, Fayetteville; Hunter Wood, Har-Ber; Truitt Tollett, Shiloh Christian
The trio of receivers certainly made life much easier for their quarterbacks. Flannigan posted rare back-to-back 1,000 yard receiving seasons and went for 66 catches and 15 touchdowns for the Purple Dogs this season. Wood hauled in 15 touchdowns along with 68 catches for 1,103 yards for the Wildcats. Tollett had one of the best years ever when it comes to Arkansas high school football as he made more than 130 catches for 2,000 yards and 30 touchdowns, which ties the all-time state record for scoring catches in a season.

Tight End - Bryant Burns, Ozark
The position is becoming ever more rare in high school football but the Hillbillies had one of the best in the state. In addition to being a game changer on the defensive side of the ball, Burns hauled in four touchdown catches and is signed to play at Army next season.

All Purpose: Jaiden Henry, Van Buren
Henry did a little bit of everything during his first season with the Pointers. Whether it was returning a kickoff for a touchdowns in the season opener against Siloam Springs, his big plays at receiving or game clinching interceptions as a defensive back, Henry was a big reason the Pointers were back in the playoffs.

Defensive Line: Melvin Kumwenda, Fayetteville; Jordan Hanna, Greenwood; Vaka Tuifua, Poteau; Michael Powell, Clarksville
Stats for the big guys up front don't always reflect how dominant they are on Friday nights. Kumwenda was an anchor for the Purple Dgs and finished with 36 tackles, four sacks and seven quarterback hurries. Greenwood's Hanna led the way with nine sacks and 16 tackles for a loss while adding 20 more quarterback pressures. Tuifua anchored the line of the Oklahoma 4A state champion while making 54 tackles, 25 of which were behind the line of scrimmage and added 10 sacks for the Pirates. Powell was the ultimate run stuffer as he had 32 tackles, three for a loss, three sacks and added five QB hurries while recovering three fumbles.

Linebackers: Jonas Higson, Bentonville West; Quade Mosier, Fayetteville; Cole Joyce, Bentonville; Gabe Jensen, Alma
Higson was second on the Wolverines with both 59 tackles and nine stops for a loss while also adding another weapon to the West offense. Mosier was an anchor for the Purple Dogs with 71 tackles, three sacks and added seven quarterback hurries. Joyce was one of the tops players in the state with 104 tackles, three sacks and a pair of forced fumbles. Jensen led the way for the Airedales with 88 stops, 59 of which were solo.

Defensive Backs: Logan Workman, Greenwood; Jajuan Boyd, Har-Ber; Tyler Holmes, Mansfield; Montay Parks, Northside
Workman was all over the field for the Bulldogs as he had 70 tackles from the secondary to go along with an interception and three pass breakups. Boyd made 46 stops and picked off four passes for the Wildcats defense and found the end zone three times. Holmes was a nightmare for opposing offenses as he picked off eight passes, make 76 tackles and forced three fumbles for the Tigers. Teams might have tried to pick on Parks in the Northside secondary to avoid the other half of the defense but it didn't work out as he had 57 tackles and seven interceptions.

Kicker: Jackson Stewart, Greenwood
Kickers are people too and Stewart was close to automatic for the Bulldogs. He booted 62 extra points, six field goals with a long of 41, pinned five punts inside the 20 and accounted for 15 touchbacks on the kickoff squad.

Coach: Jeremie Burns, Ozark
Burns led the Hillbillies to the 4A semifinals for the first time since 2012, won the 4A-4 title with a perfect league record and posted 12 wins.