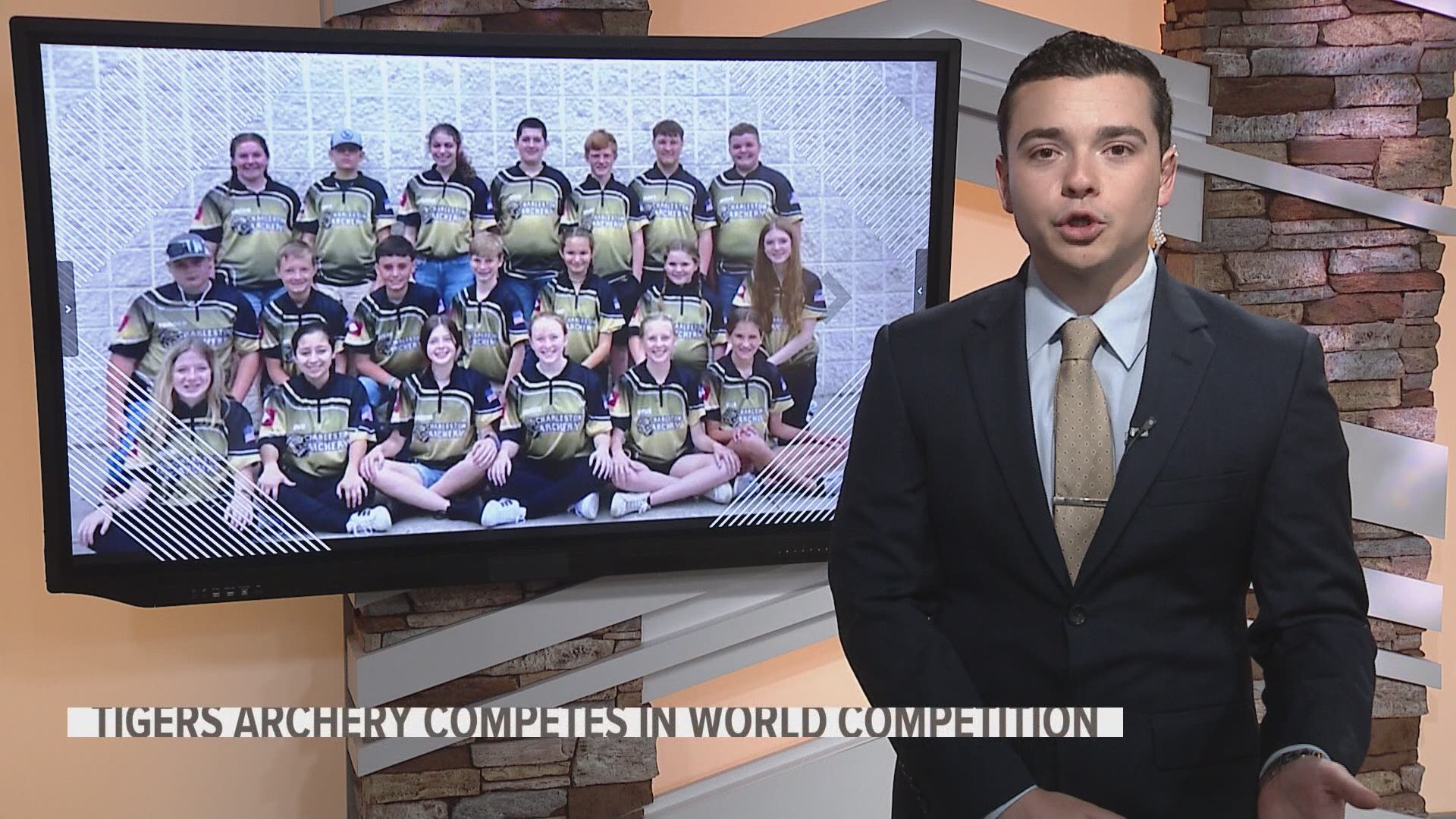 CHARLESTON, Ark. — “When it started I thought maybe 20 kids would come shoot. Last year we had 150 come through the program”

“I never though just five years later we’d be state championships and at the world tournament.”

Kids can start as young as fourth grade, like Katie Dewitt, who raised her score by over 100 points in her first season and became the programs first Academic All-American, placing first out of 571 4th graders at the National Tournament.

“I was really excited and happy with my accomplishment. I didn’t know how to react, but I was just really happy.”

Katie was part of the elementary school team that finished state runners-up for the second time ever. The first group to do so now makes up the middle school team.

“When you get better at things it gets more fun and you get more into it,” says Ava Martinez, who just wrapped up her seventh-grade season as the individual state champion.  Fellow middle schooler Develn Bates agrees.

“I’ve learned teamwork, patience, and being able to set a goal and achieve a goal, and I feel like the whole team has learned that and done that.”

Did they ever. Then middle school team took home the program’s first state championship, then finished in the top ten at the World Tournament in Myrtle Beach.

“It was amazing, since we put in a lot of hard work this year with the COVID restrictions and everything,” says Bates.

“You get to experience it with your whole team, so everybody is very excited” adds Brooklynn Martin. For Martinez, winning the individual title and helping win the team title was a double whammy.

“I was shocked and very happy that I was able to get that score, Because I had practiced and practiced, but it was very surprising, and I was shocked. Good moment.”

The state championship was held virtually this year, so despite putting up their best score of the season, the Tigers still had to wait for nearly a week to find out the result. Mitchum spent all day anxiously refreshing the website.

“It was torture waiting, but Monday afternoon they posted the scores, I pulled them out of calls, and I told them they won, they were very excited. Ava got to know she was state champions and the team was very excited. The superintendent went with us, and she’s really proud of us. We just hope we made our community proud of us, because they really do support us quite a bit.”

RELATED: Scott grows into a star at Charleston