Both teams are struggling without closure for season. 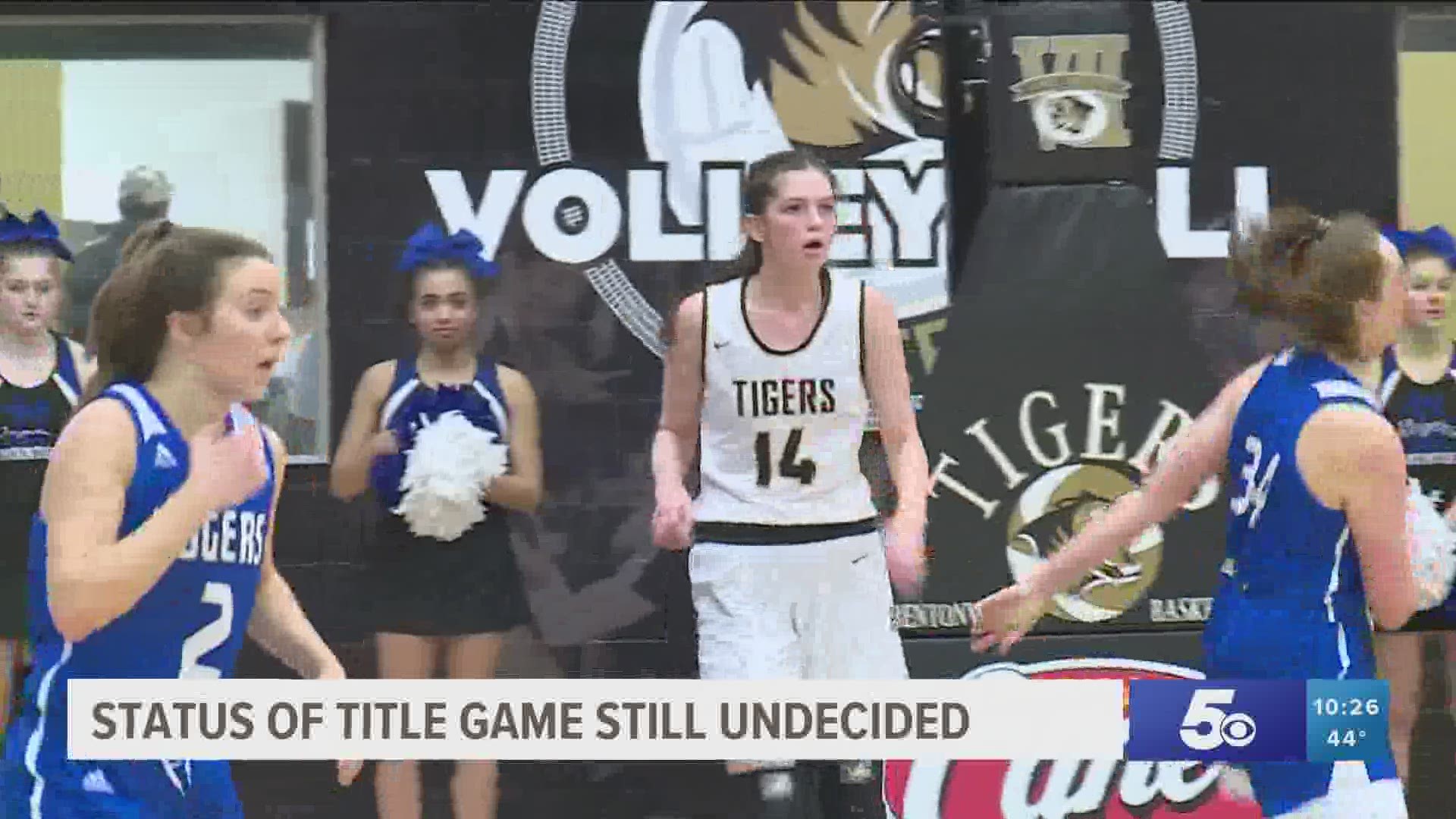 FAYETTEVILLE, Ark — It was set to be a title for the ages. The upstart Bentonville girls, looking to end the best season in program history with the school’s first championship, and the legendary Fayetteville girls, hoping to ride some postseason momentum to the team’s 8th state title. Then, the day before busses were set to leave for hot springs, the Arkansas Activities Association sent out a tweet: the game was postponed until further notice. Head coaches Tom Halbmaier and Vic Rimmer were tasked with telling their teams.

“It was towards the end of practice, I don’t even think we were done yet, but we were done once he told us, remembers Purple Dog star Sasha Goforth.

“I cried, I literally cried,” admits Rimmer. “It was overwhelming for me to tell them the championship game was off.”

“It was silence. It was like crickets in the room,” says Halbmaier. “Just seeing their faces, the sheer disappointment, as a coach it’s never something you want to see.”

That phrase “postponed until further notice” has made things even more difficult.

“We don’t know if we’ll get to play, and that’s just heartbreaking. We worked so hard for this,” says Goforth

Rimmer has been on both sides of state titles games and says either is preferable to this.

“Having the possibility of having a game coming, but knowing it’s probably not, is difficult for my mind and my heart, but especially for these teenagers,” Rimmer said.

Halbmaier and Bentonville were back in the finals after losing on a Jersey Wolfenbarger buzzer beater in 2019.

“This year’s group got beat on a last second shot. Not being able to play this year, is worse than how our season ended last year. The seniors don’t get a chance to have closure.”

Always, everything comes back to those seniors, says Rimmer.

“Looking at those seniors eyes, and thinking in my mind this is the last time they’ll have anything on it that says Fayetteville High, could be that way, just made me really really sad.”

“You see the tears in their eyes and stuff like that, as a coach, people are saying like man, it’s tough not to play that game. But these kids have been working hard, playing since second grade.”

Goforth, a senior, felt momentum was on Fayetteville’s side after a semifinal upset of Fort Smith Northside.

“I honestly think it would’ve just gone up hill, like I felt really confident in our team and what we could’ve accomplished, so that was just heartbreaking.”

“You could see all of us just sitting there like, that, last week, could’ve been our last high school game, we don’t know. I think just knowing how far we’ve come and the history we’ve made for Bentonville girl’s basketball, and just girl’s basketball, is really important.”

Bentonville’s Maryam Dauda speaks for the underclassmen on both teams.

“We’re gonna get there next year again and it’s gonna be for them.”

The teams mutually agreed to not practice until Monday while they wait and see what the AAA says next.