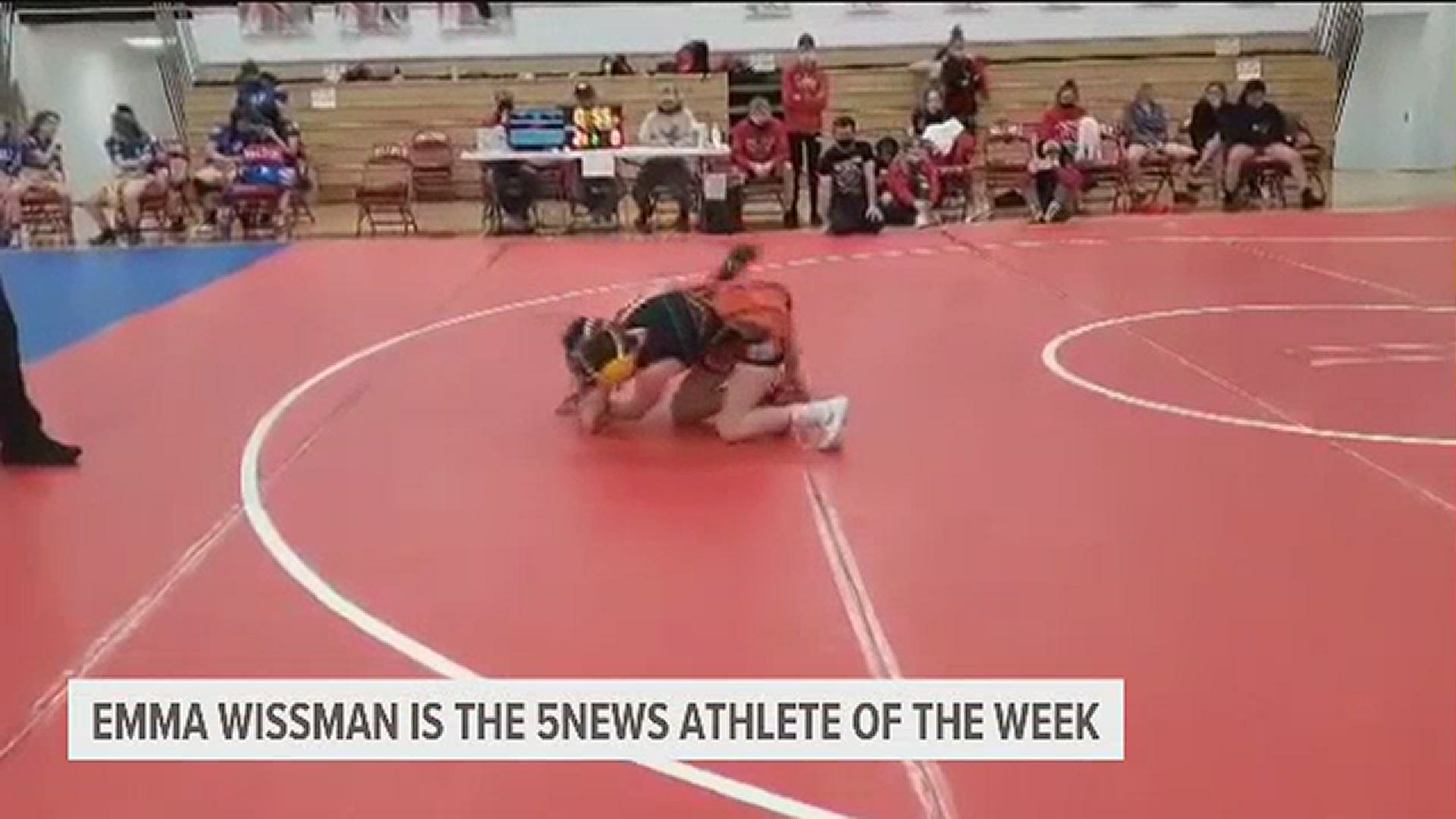 “There were still tournaments, just not as many girls in it.”

Emma Wissman has been wrestling for four years. But now, for the first time, girls wrestling is sanctioned by the OSSAA. One of Wissman’s coaches at Sallisaw, LuWella Harris, recognizes the importance.

“Just being able to pioneer the girl’s aspect of it, showing that girls can do the same thing boys can do, it’s a level playing field now.”

“Practice all the time, nonstop. You gotta put the work in to win now, instead of just getting it handed to you.”

And Emma has put in the work, going 14-2 so far this season. The Black Diamonds boast 39 state boys wrestling champions in their history, and now get to add some new accolades, thanks to Wissman; a regional finalist and one of the first girls ever to compete in an Oklahoma state tournament. Coach Darrel Hume has coached 86 state qualifiers before Emma. He’s excited for what number 87 means for the future.

And when Emma heads to Enid for the state tournament at the end of February, she’s looking for a title for herself, and for the future of girls wrestling at Sallisaw.