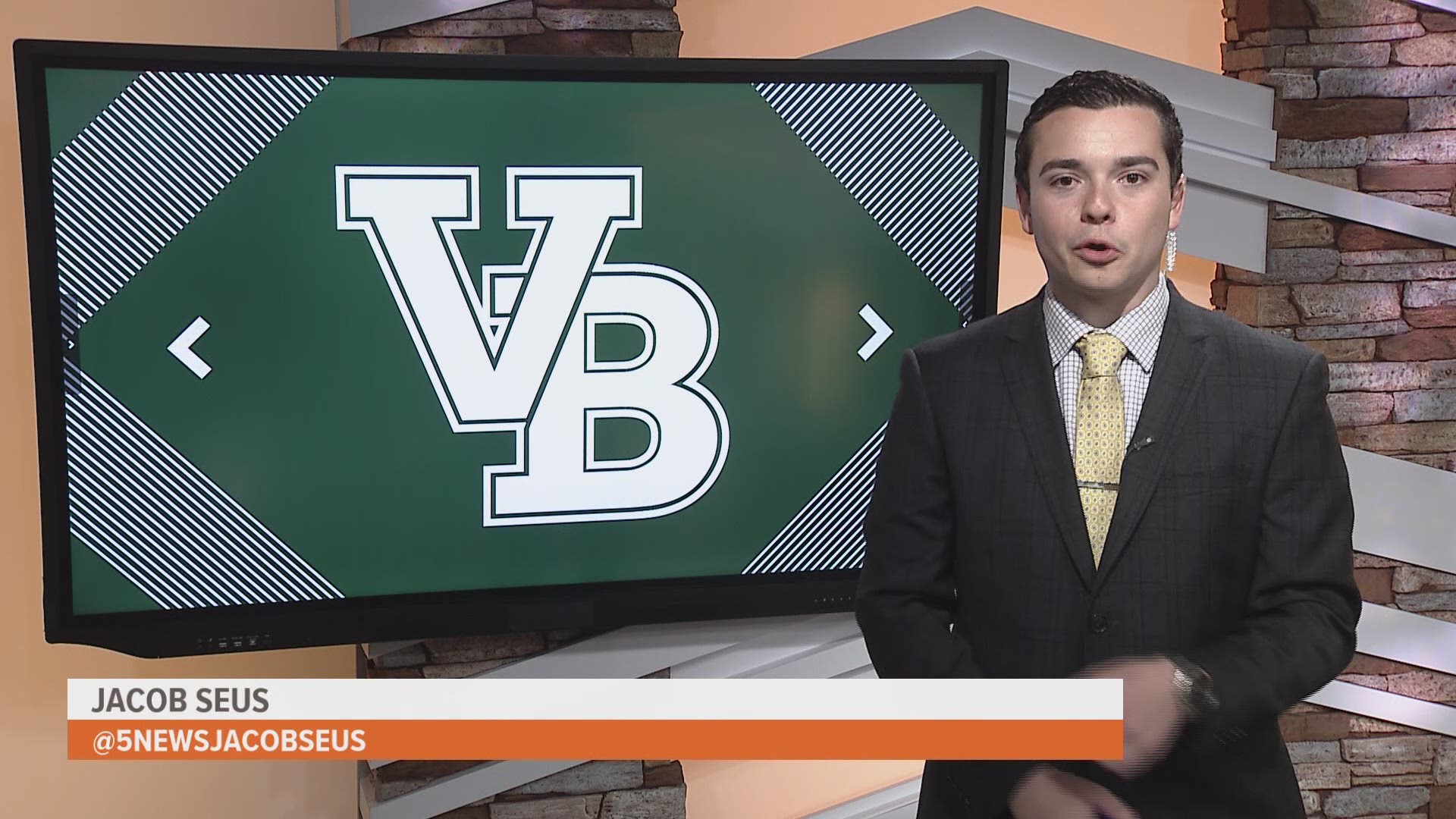 VAN BUREN, Ark. — “There was a lot of dudes on there, lot of sweaty nasty dudes out there, but it was worth it for sure.”

There’s nothing like a state championship dogpile, but a description of one comes close.

“There’s a lot of bodies around you, you get some cleats to the legs, the arm, some headbutts, man, there’s nothing like it, just the bros in the dogpile, it’s fun.”

For the first time in school history, Van Buren baseball got a taste of that sweaty, nasty, state championship feeling last week. Luke Weatherford was a first-year assistant on the 2010 team, the only other Pointer squad to make a state final team. Now, in his first year as head coach, he led Van Buren to the mountaintop.

”I’ve gotten close a lot these four years, and finally getting one, it just means a lot.”

Fellow senior Sam Seeger is excited to hang a banner.

“I was just saying, we’re next, we’re on our way there, we gotta do what we gotta do, play our game, win, and come back for VB.”

That’s just what they did, as two days later, Van Buren soccer beat Russellville 2-1, for their second title in team history. Senior Jose Flores couldn’t help but soak in the moment.

For at least the Spring of 2021, the River Valley’s title town is Van Buren.

“It just goes to show, we’ve got good kids, good coaches, a good program…It’s just a great week to be a pointer, no doubt about it.”