Scott grows into a star at Charleston 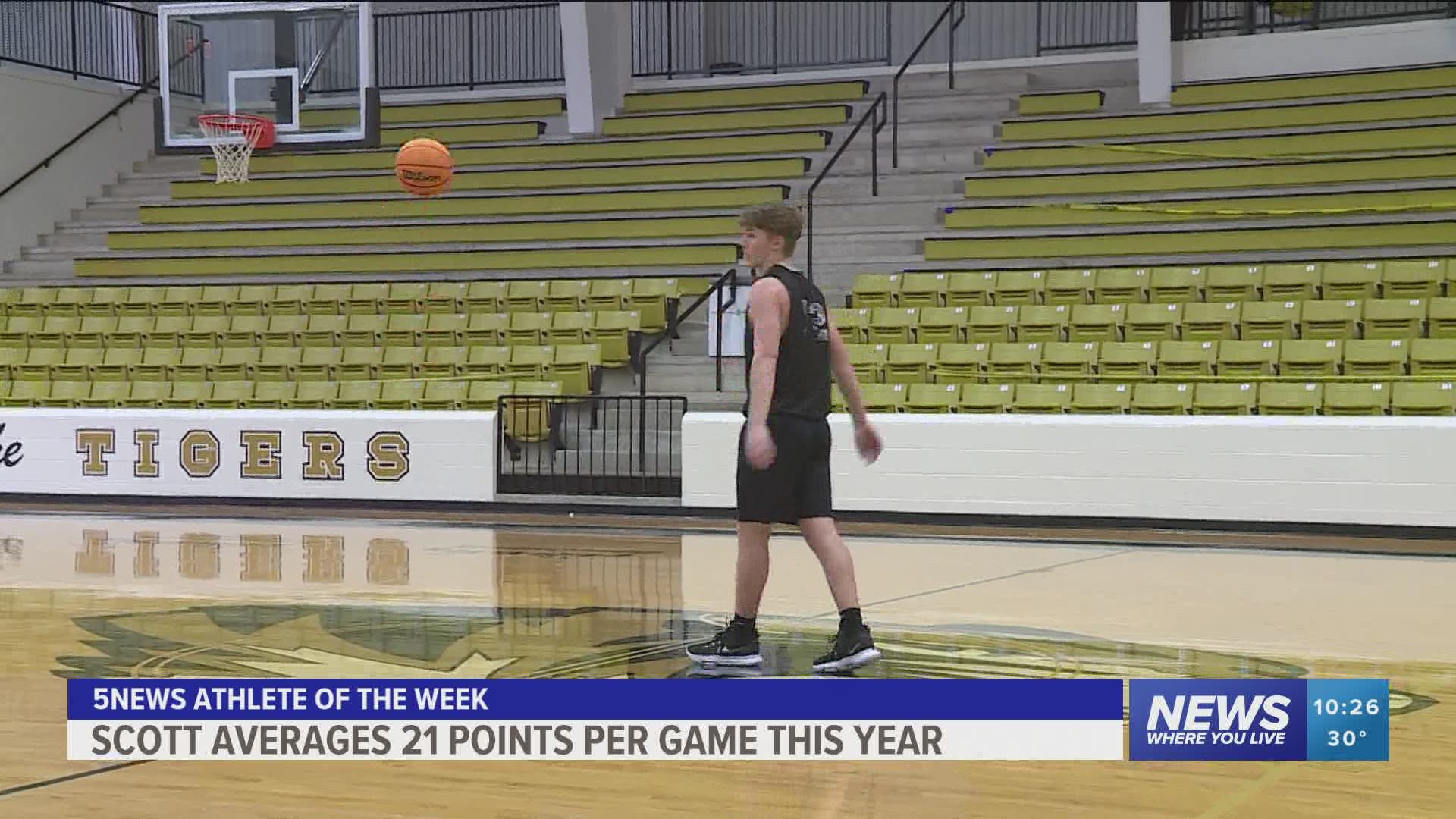 CHARLESTON, Ark. — Brandon Scott is one of the most experienced players on the Charleston roster. There’s just one thing.

Scott, the driving force of the Tigers, is just a sophomore.

“He did move up last year,, but there wasn’t any pressure on him last year,” notes Ross. “Now it’s all on him, and he’s done a really good job of shouldering it. It’s shown this week, the way he’s growing and maturing, it’s not bothering him.”

“Last year it was really nerve-wracking the whole year,” admits Scott. “This year I’ve settled into my position more, and I know my role.”

His role, mainly, is to score. He dropped 44 pints in a huge win over Cedarville last week, then followed that with another 24 in a crucial victory over Booneville. Ross doesn’t want to take credit.

“The things that he does sometimes, it’s not us, it’s not what we do in practice, it’s the natural, God-given ability.”

That ability is great, but Scott can also be found in the gym pretty much every day, thanks to his mom.

“She helps me a lot. If I’m not feeling up to it that day, she still gets me motivated to go to the gym and put shots up, every other day if not every day, and then game days my mom makes me stay up her after school and get some shots up before the game.”

The effort has paid off, to the tune of 21 points per game so far this season. The soft-spoken Scott is already broken through, but opponents be warned: he’s only just begun, thinks Ross.

“He’s the most naturally gifted player we’ve had here. The things he ca do, the way he’s developing, I think he’s just started to figure out the things he can do. He’s got a huge upside.”

Scott and the Tigers hit the road for Paris Tuesday night.