Northside seniors go out on top

Impactful class will go down in Lady Bear history 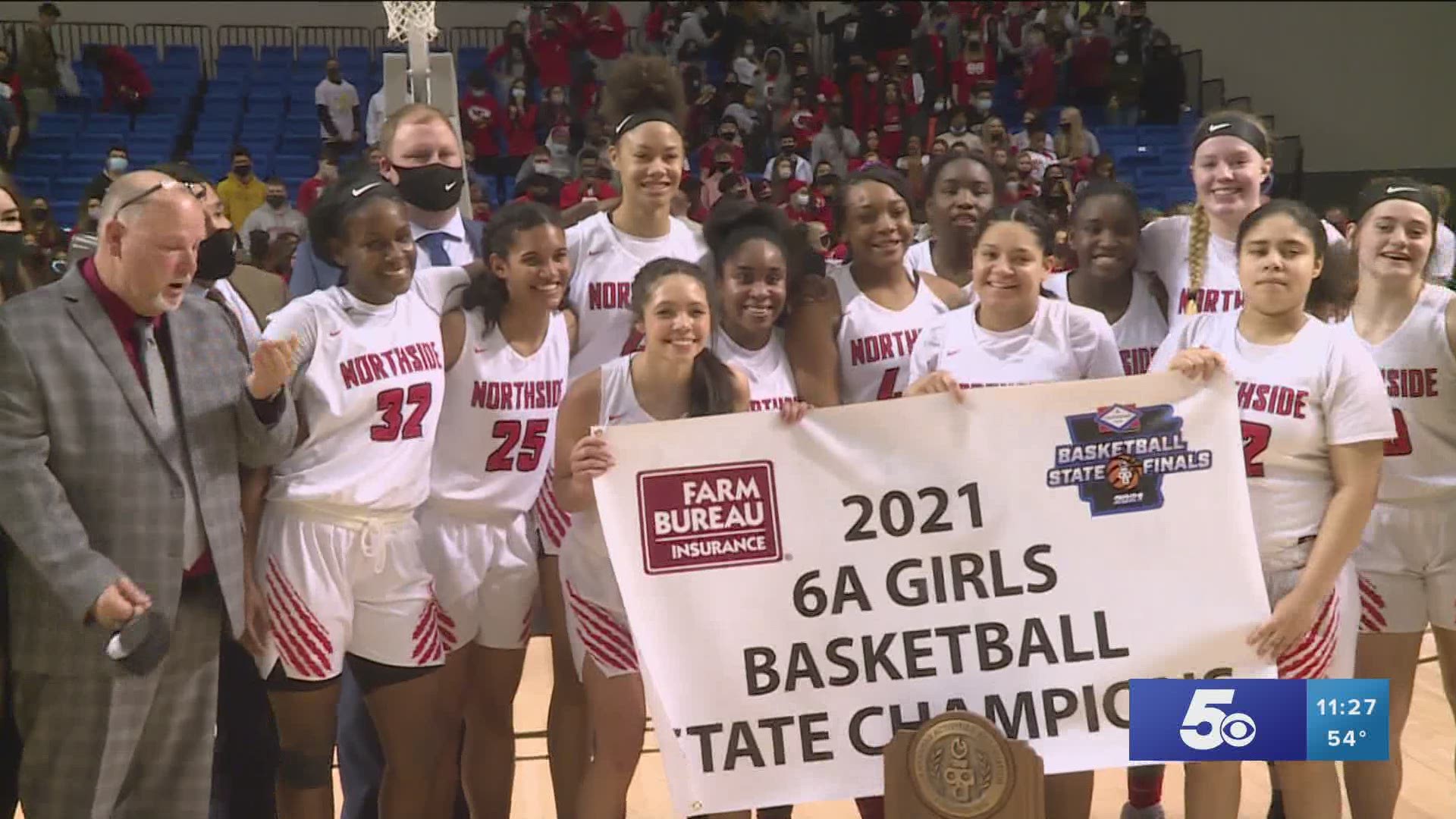 “There’s been a lot of players to come through Northside High School, but we could tell early on how talented they were, and the potential they had.”

The next season, the rest of the class of 2021 joined them on varsity as sophomores, and they cut down the nets in Hot Springs thanks to that famous Jersey buzzer beater. Their junior season ended on the wrong side of a state heartbreaker. It was only fitting, as seniors, they’d find themselves once in a wild battle for a state title.

“It’s kind of like watching your children grow up,” says Smith.

“Everybody calls their teammates family,” says Wolfenbarger, who’s bound for the Razorbacks, “but to experience the highest of the highs and the lowest of the lows, then to experience that last win together, it’s unreal.”

“We knew what it would feel like, and what it wouldn’t feel,” adds fellows senior Lakailah Hartgraves. “Us seniors, we’re literally family. So we, at all costs did not want to end this as an upset. We wanted to win this together.”

So it makes sense, that after a back and forth game and two overtimes, the Lady Bear’s championship celebration was filled with not just cheers, but tears as well.

“It wasn’t my intentions to be that emotional and cry,” laughs Wolfenbarger, “but just to be able to finish my high school career as a champion, you cant write a better story.”

Northside holds on in double OT, 52-51, and @NLBbasketball are the 2021 6A state champs! pic.twitter.com/Wy1SAiNEfd

“We’d celebrate for a minute, then we’d cry again, then celebrate,” remembers Hartgraves. “But as soon as we got in that locker room and we had our talk with coach and we went to call it up, I had no choice but to tear up, knowing it was out last time calling it up as a team after a game.”

Rickey Smith can remember both sides all too well, having lost to Fayetteville in an overtime state title game ten years ago. Safe to say, he prefers this outcome.

“The hardest part of coaching is top go into a locker room after a big loss and try to console your team, cause you don’t have any answers. But the greatest times for me is to go into that locker room when they’re celebrating. So to go into that locker room, knowing that’s your final game, knowing that the horn has sounded and you’re state champions, it doesn’t get any better than that. You work your whole life for that, so to experience that their senior year, their last game at Northside? Storybook ending.”

Another state title in the books, now the next time @JerseyWolf4 suits up will be for @RazorbackWBB. Though she fouled out of her final high school game, Northside coach Rickey Smith thinks that can only mean good things for @coachneighbors and co pic.twitter.com/mo0gXjdu3J

The Class of 2021 graduates with two of the Lady Bear’s eight state titles, and 105 wins since their freshman season.

Few players get to say they ended their career with a win, but for this group of Lady Bears, it was only fitting.

RELATED: Northside girls reign supreme in the 6A