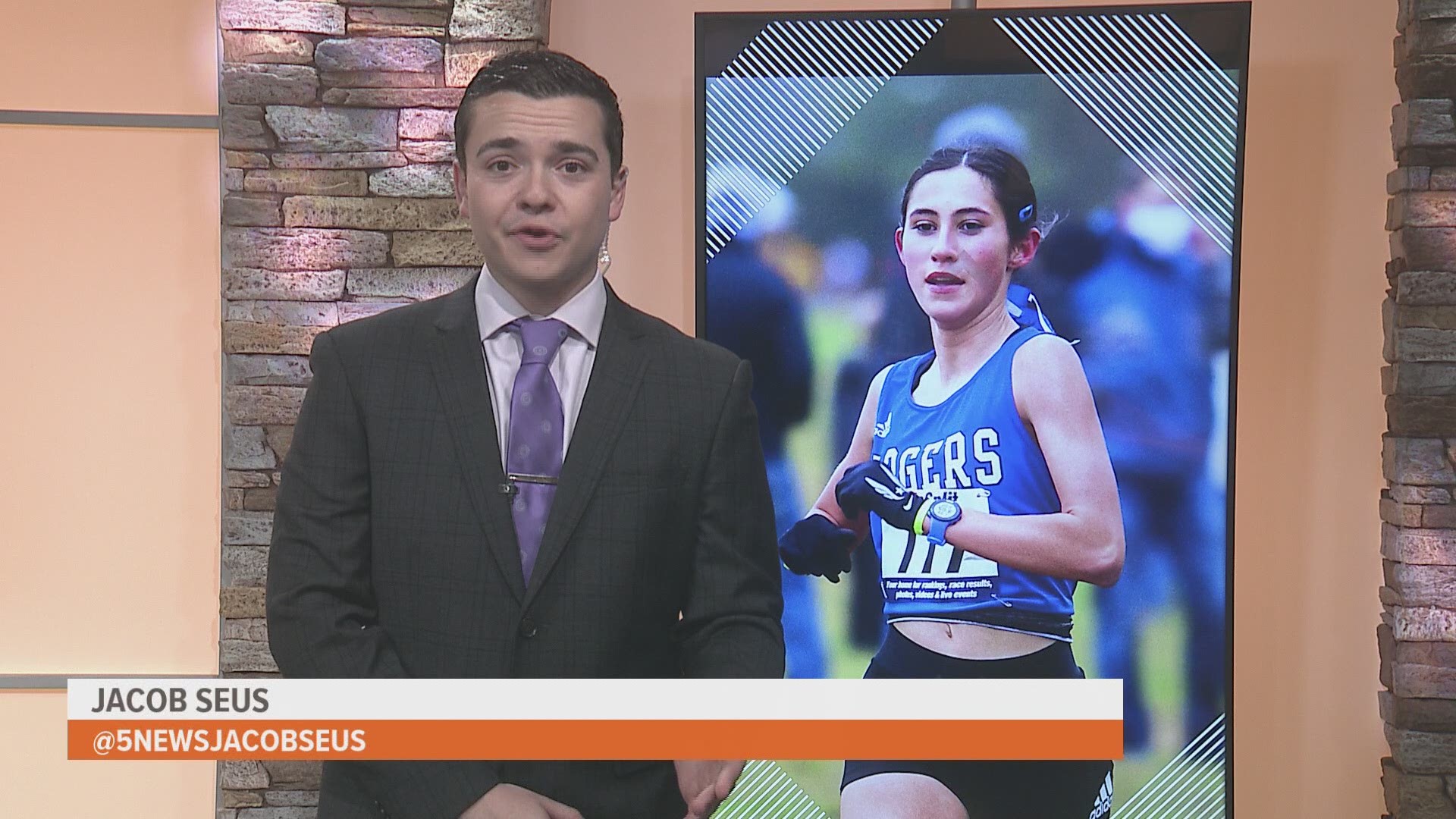 ROGERS, Ark. — “I walk past those banners every day.”

Now, Mia Loafman gets a banner of her own.

“I woke up and my mom told me “you have to fill out another survey for Gatorade Athlete” so I went to look at my email and it just said Congratulations, I was speechless, it was amazing.”

That makes three years in a row the Gatorade Arkansas Girls Cross Country Runner of the Year honor has gone to a Rogers runner, after senior Ali Nachtigal won the last two.

“Having someone like Ali around pushes someone like Mia to get better too,” says coach Carlton Efurd. “I think the two of them pushing each other in practice helps a bunch.”

“Just keeping the tradition alive and showing that Rogers is just a great competitor with all the other schools, and being a part of that is a great feeling’” adds Loafman.

Mia won five of seven Arkansas meets this season, including the 6A West conference title and finishing as state runner-up. On the track, she just took home a state title in the two mile. She did it all as just a sophomore.

“She was talented as a freshman,” remembers Efurd. “I knew she was gonna be good, but I didn’t know she was gonna turn it up like she did this year and win all her races.”

“Last year I was faced with anemia, which is low iron, so my freshmen year wasn’t the greatest,” admits Loafman. “But going into sophomore year with a better mindset really helped me accomplish my goals.”

The honor comes with $1000 to donate to the charity of Mia’s choice.

“I chose Girls on the Run, because growing up running was a big part of my life, and to be able to give girls that opportunity and help girls flourish as young women, I think that’s amazing.”

With two years of high school left, who knows what else Mia can accomplish, and no matter what, there will be that banner hanging in the Rogers halls

“Now that I’m going to walk past it every day of my high school career, that banner and seeing my name is just going to be an awesome feeling.”