Razorback star gets the call on draft night 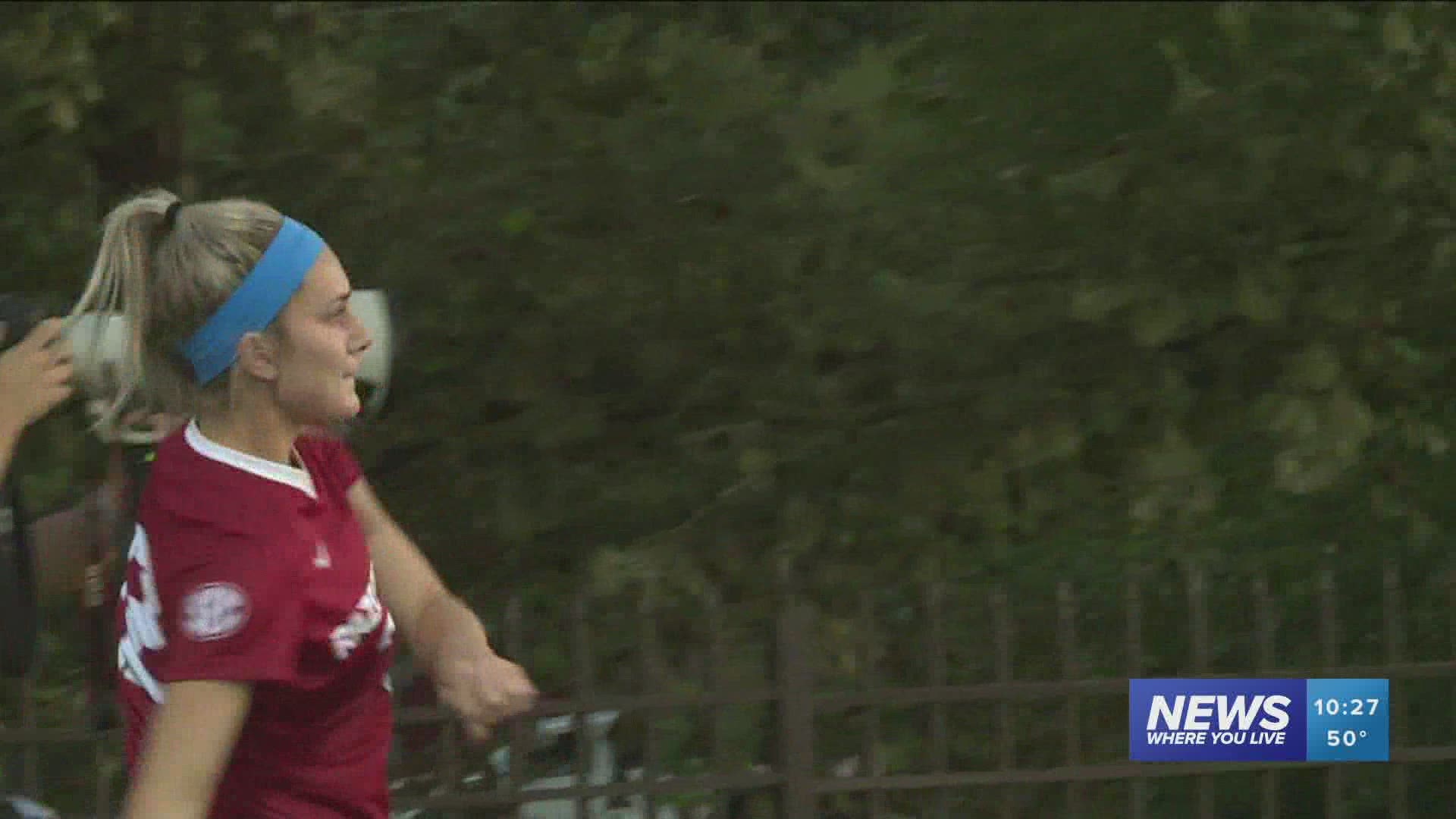 FAYETTEVILLE, Ark. — Before Parker Goins learned about her future on draft night, she first looked to the past.

“The draft was taking forever, it was like two hours in and only the second round, so I was kind of dozing off. Then I heard my name called, and I was honestly shocked. Just so excited, and I had my mom there with me. Just knowing that all my hard work finally paid off, it was honestly so exciting.”

Her teammates made sure to chime in too, including former Arkansas goalie Katie Lund, who joined Louisville this off season.

“Katie Facetimed me right away, and then Haley and Taylor. Everyone was just blowing up my phone, they were so happy for me, which made me feel really good.”

She's a back-to-back All-SEC First Team selection who poured in the goals at Arkansas.

Goins and the Razorbacks still have a spring schedule of games to play, then hopefully a delayed NCAA tournament. Goins is also taking advantage of the extra season of eligibility to return for the Razorbacks next fall, while pursuing her masters. When she joins Louisville in 2022, it will just the club’s second year of existence/

“It’s kind of like Arkansas in a way, Coach Hale always says my class came in when it wasn’t the cool thing to do, and over the past four years I feel like we’ve really built the program, so I want to help do the same thing at Louisville.”

The Razorbacks are certainly happy to get their two time All-SEC first-team forward back for another year. And Goins is excited for the future, as a Hog and a professional.

“I think we’ll be really good, and I’m hoping to just develop as a player to get ready for the next step.”