Gibson powers up after recovering from concussion

Razorback slugger has homered in 4 of last 6 SEC games 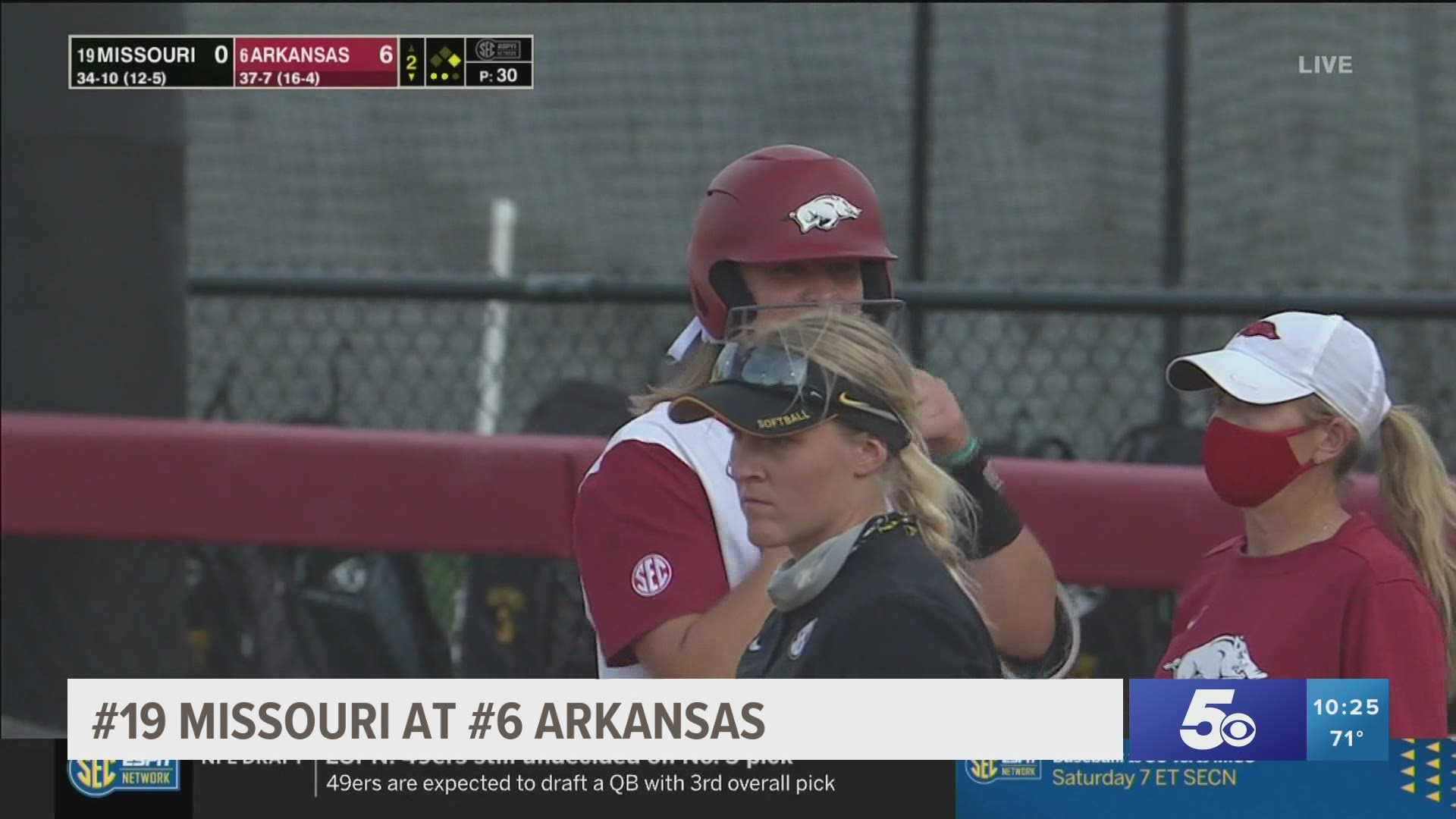 FAYETTEVILLE, Ark. — On the morning of March 23rd, Danielle Gibson was named SEC Player of the Week. Then, that afternoon…

“I was playing the game as hard as I could, it just happened.”

Gibson suffered a concussion sliding into second base during a win over UMKC.

“It was just odd, I didn’t know how to feel. I could always control my other injuries, I could control my knee, my wrist, whatever was bothering me. But you just can’t control the brain.”

“The thing that was worse for me was seeing different speeds, and I didn’t want to accept the fact that I just had an injury and wasn’t back to 1 percent normal. Injuries take time, and the perfectionist in me didn’t want it to take time, but just had to calm down and let it run its course.”

Gibson had to work with the team eye doctor to re-train her brain and vision.

“Just making sure my eyes were in check, my conversion was good, and doing a lot of vision training. Whether it was going to his office to work on reaction timing or perception training, he was really invested in getting me back to normal.”

On the road at #20 Georgia, Gibby took an SEC pitcher deep for the first time in almost a month.

“It felt so good. Just felt so much relief, I mean, patience sometimes in this game is all you can give it. I knew that my swing was normal, I knew that my eyes were normal, I just had to wait for the game to come back to me.”

Now, Gibson is out here concussing softball, homering in 4 of her last 6 SEC games. The Razorbacks have one more regular season series left, on the road at LSU.