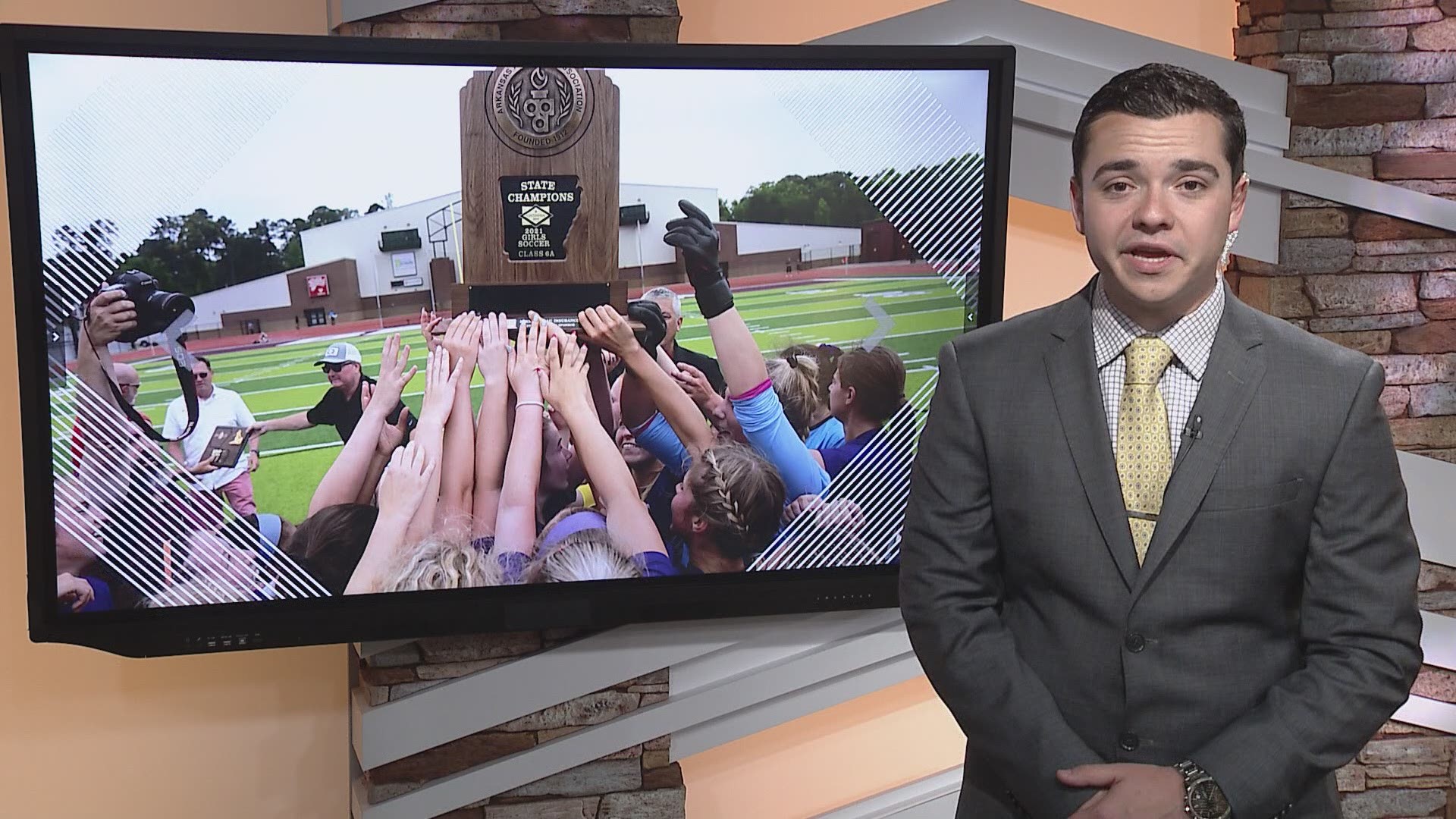 FAYETTEVILLE, Ark. — When COVID-19 cut the 2020 soccer season short, the Fayetteville girls were undefeated and rolling. Rather then think about what could have been, they set their sights on what could be in 2021, says head coach Joe Thoma.

“We talked about it even in August, Let’s try to be state champions. Let’s ebrace that, let’s go for it, let’s practice like that every day, and they just did.”

With that singular goal in mind, the Purple Dogs picked up where they left off, and made it to the state title game without losing a single game.

“We had to be 110 percent every game, because we had that target on our backs, because we are Fayetteville and we are undefeated,” says senior Maddie Wilburn. “I think we embraced the pressure of being undefeated, rather than being scared.”

And when the final seconds ticked off the clock in Benton, the perfect season was completed in perfect fashion, a 3-0 win over Bentonville West.

“It was one of the best feelings I’ve ever had in my whole life, just to hug and jump around and celebrate, and then Purple Rain started to play and that was pretty awesome too,” smiles Wilburn, who was named MVP of the title game.”

“I just stood there, and a couple of people have asked why I didn’t run out with the team, I was just enjoying watching them run out together, just warmed my heart, just seeing them have that moment,” says Thoma, who won his first title since 2010 with the Fayetteville girls. “The smiling faces, you never get that look, except at state championship times, and the look on the girls faces was just priceless.”

Seasons end, seniors graduate, pictures fade. But that moment, this title, that banner, are now etched into Fayetteville history. And the underclassmen, like sophomore Carson Wasemiller, will look to carry on the legacy.

“Just to have that be there forever, it means a lot to me, just because of the people that were part of that, just as a memory, that these people were part of my team and I get to be friends with them for the rest of my life.”