Farmington softball wins in their own way 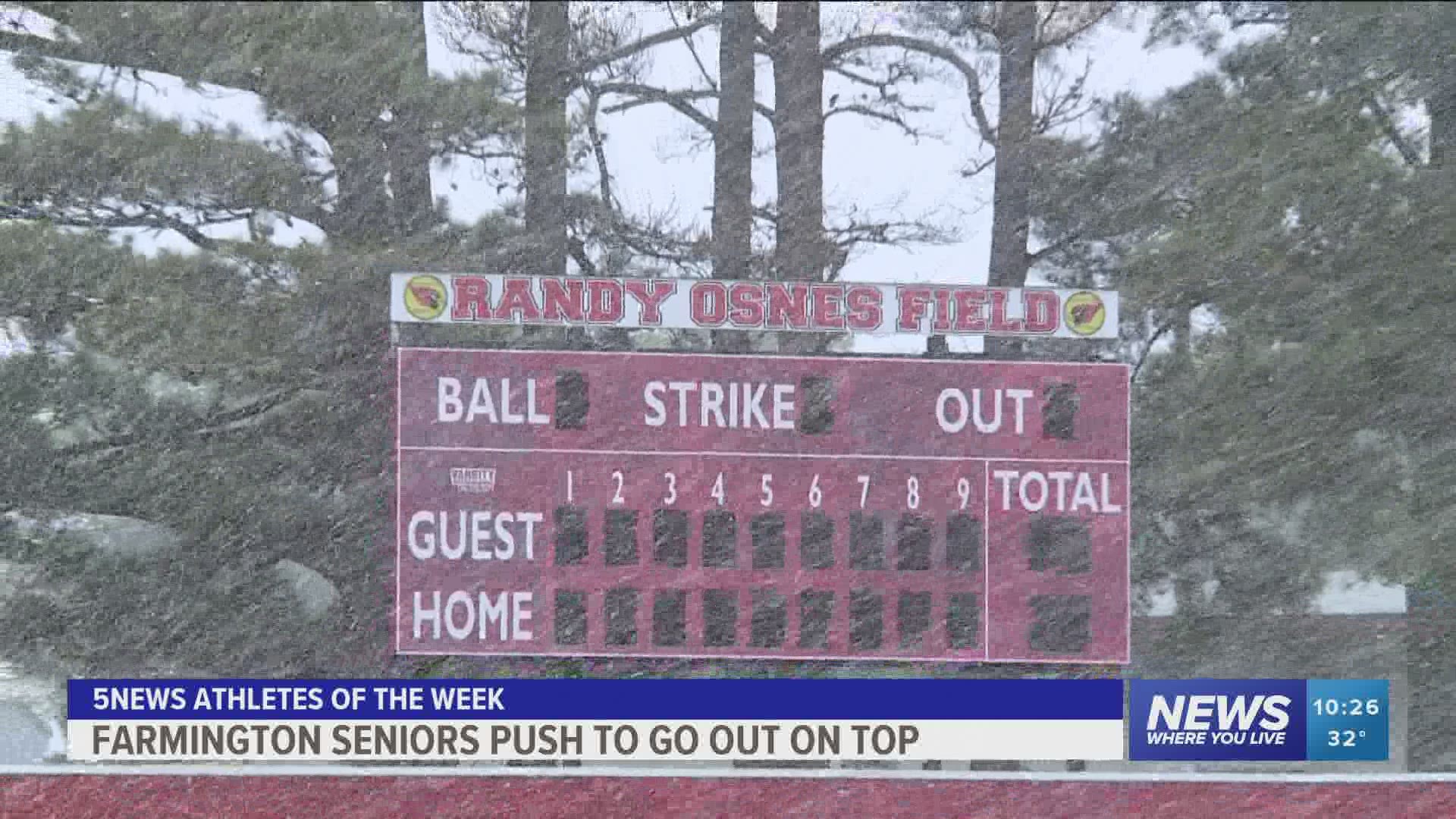 FARMINGTON, Ark. — The Farmington softball senior class can be called a lot of things. Confident. Resilient. Winners. But ask senior Shayley Treat, and…

“We’re all really weird, I’m not gonna lie. We’re all pretty goofy, we like to talk a lot.”

Call it what you want, but the success of this weird and wacky group is undeniable. Longtime coach Randy Osnes smiles just talking about them.

“Many different personalities, and the chemistry works well together, and I think that’s why we are where we are at this point in the season.”

Where they are is 18-2, sitting atop their conference heading into the final week of the regular season.

“We had one or two bad games, and we just realized we need to get it together,” says senior Carson Griggs. “We want to win the conference, the regional, the state championship this year, cause our team has done well in the past years so we want to live on that legacy.”

It’s a senior class that has known so much success, and so much heartbreak. They finished their first two seasons as state runner up, then ended their junior season undefeated, for all the wrong reasons.

“Every time we’re out on the field we remember that we didn’t get a chance at it last year, so we make sure that every game we give it our all,” says Griggs.

The seniors aren’t just looking to end their own careers with a bang. After 25 years, Osnes will be hanging it up after the season. Treat thinks that’s all the motivation this group needs.

“Because it is his last season, we want to make it the absolute best, no question. We always want to make him proud.” Griggs agrees.

“It’s been probably one of the best seasons I’ve ever had, I love playing for Coach Osnes. He’s like a dad for all of us.”

The feeling is mutual. Even when being interviewed, Osnes called for his seniors to come stand by his side.

“This is the bunch that I’m going out with. You never really plan, things just kind of happen, and this is the year. To watch them progress, it’s really neat.”

The Lady Cardinals end the regular season with a pair of games against rival Prairie Grove on Thursday and Friday, then it’s on to the postseason. This team has their sights set on Bogle Park once again, but it’s already a career that no one will soon forget.