Duke does it all for Paris

Missouri baseball commit stands out in three sports for the Eagles 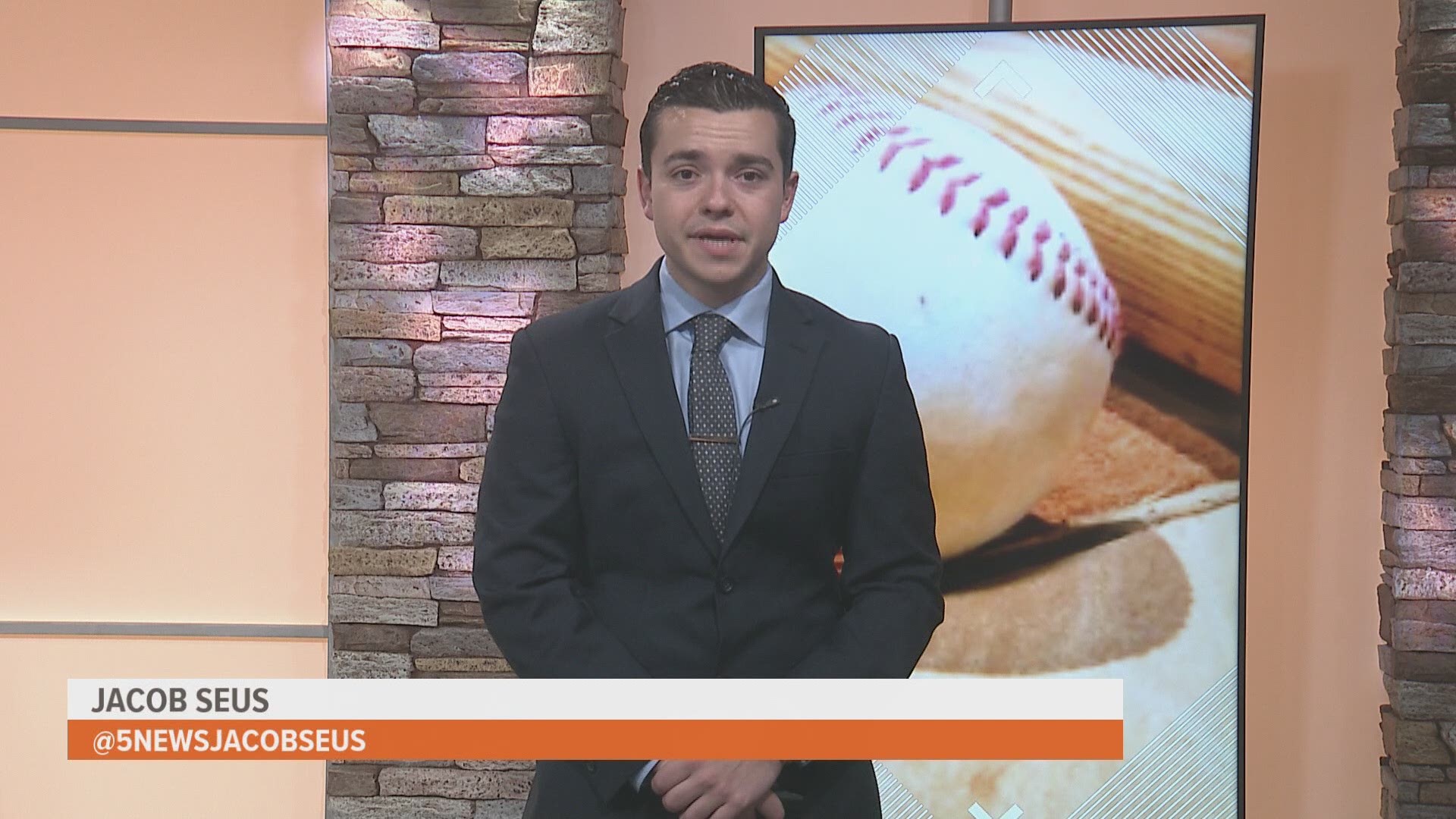 “His bat works really well, and he’s obviously a dominant pitcher,” says second year head coach Josh Hart. Walker’s bat has been steady, but Hart is happy to have his arm back on the mound, after an early-season shoulder injury slowed Walker.

But Walker is more than just a two-way star, he’s a three-sport star. Walker was a constant threat on Football Friday Nights, and tore it up for Paris basketball as well. No matter the season, Hart says Walker is constantly working on baseball.

“He works really hard, even if he’s playing, just on baseball. It’s his favorite sport.”

Duke credits his father with his love of athletics.

“Started them all at a very young age. My dad loved all those sports, so he put me in them instantly.”

From the beginning, Duke’s dad has been his toughest coach.

"He’d be like, if you’re gonna swing the bat like that, swing it. I’m not gonna practice with you if you’re just gonna act silly and I’m like dude, I’m four years old! I’m glad I actually listened and did all this, cause if I didn’t, where would I be?”

Paris won just three games from 2018-2019, but are now just three wins away from a state title. For the @ParisEagles, it's all about belief #5NEWSFFN @CoachTylerClark https://t.co/XjipzszcQH

The hard work has its reward, as Walker will be headed to Missouri once he wraps up his high school career.

“Getting that phone call was just like wow, I really get to go to the SEC and play college baseball one day, very blessed to have that opportunity.”

Walker is just a junior, but leads the team in batting average (.488) and RBIs (23). This Paris team has been hitting a groove as of late, propelled by a youthful roster that is finally gelling. Along with Walker, Nate Henderson and Konnor Edwards help to anchor the order, hitting .380 and .349 respectively, while Cooper Haley hits a cool .415 and Blake Martinez has swiped 19 bags so far this season.

The Eagles head to Hackett for a vital game Tuesday afternoon, as Paris looks to move to a top seed before the postseason gets underway in a couple weeks.