Tigers win a milestone for the growing sport 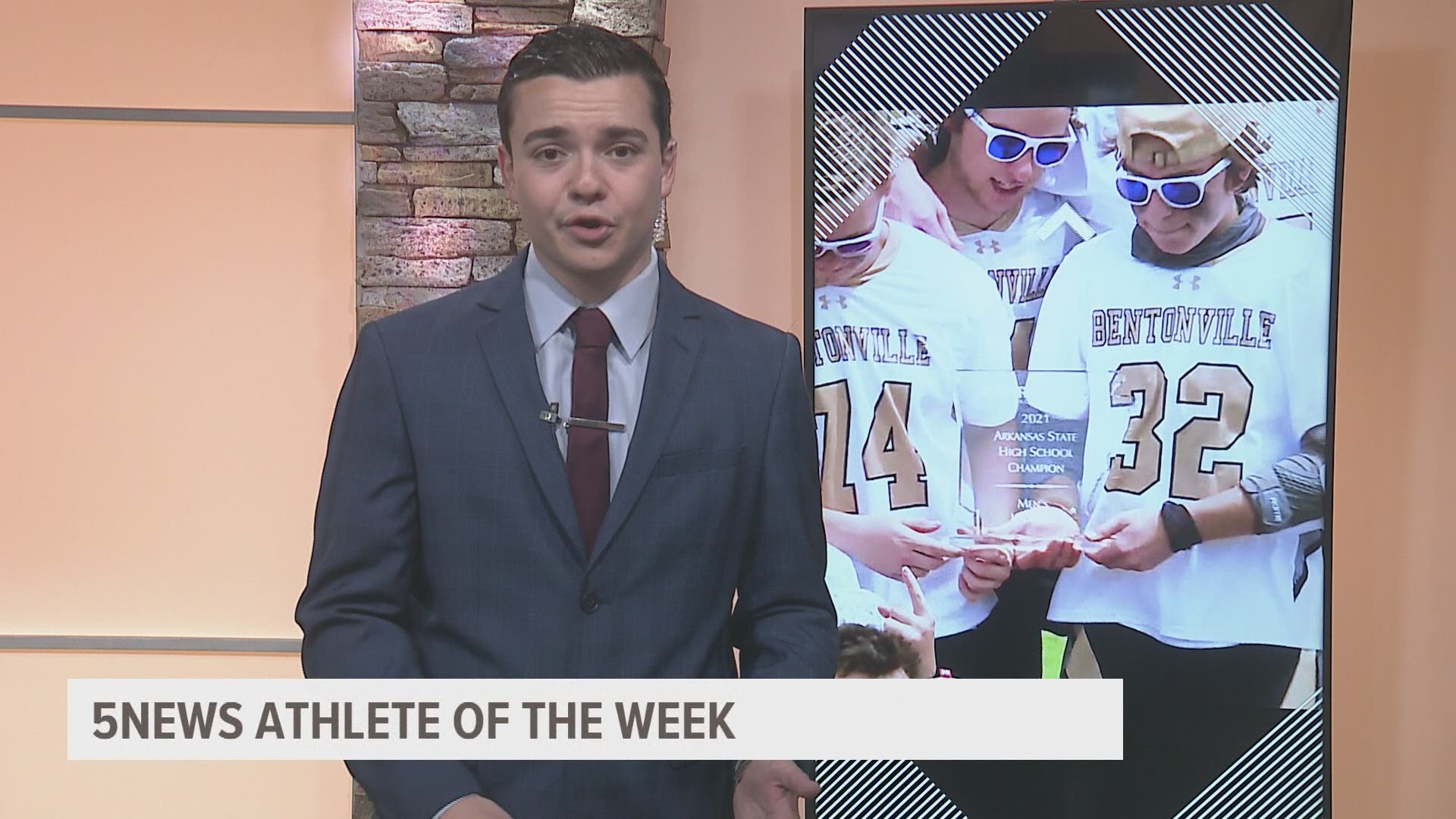 BENTONVILLE, Ark. — There are some sports that have been played in Arkansas for generations. Then, there’s lacrosse.

“What is this thing, like, what am I watching.”

Four years ago, Bentonville High officially started to sponsor a lacrosse team. There was no league in the Natural State at the time, so the Tigers took their talents across the border, wining the Oklahoma state title in 2019. Now in 2021, the group that started the program as freshmen get to call themselves the first ever Arkansas lacrosse state champions, downing Little Rock Episcopal 16-8 in the Natural State Lacrosse title game.

“Actually getting to finish out the season and play in the first ever Arkansas state championship was a pretty cool moment for the whole state of Arkansas,” reflects senior Brayden Gilson.

“Such a cool experience to play in the first Natural State championship, especially as a senior, and starting this program as a freshman,  and see us have be able to have that opportunity.”

Brock Harrell has his eyes on the future.

“We’re making history, hopefully the underclassmen follow in our footsteps and take the next few.”

The Tigers went undefeated in the state of Arkansas this year, but they know competition will just get tougher as the sport grows, says Gilson

“Everyone’s just kind of developed well around us, we’ve got some good coaches, not just Bentonville, but Arkansas alone has some good guys who can develop programs. I think the talent level’s gonna be pretty good coming up here.”

“It would be pretty crazy,” laughs Gilson. “I think it would be the first time anyone in this area has won two state championship in one year.”

Harrell is all business.

“We just gotta get back in practice, focus up this week, and be ready for next week.”

As lacrosse continues to grow in the Natural State, this Bentonville team will always get to look back and know, they were the first, and that’s what will stick with Goetze.

“It’s really neat to have set a legacy, and something that’s always going to be a first here. Holding that kind of historical spot in the program is very cool.”

RELATED: Lacrosse on the rise in Northwest Arkansas

RELATED: Bentonville's Lee ahead of the game