Bentonville's Lee ahead of the game

The Tiger sophomore and his squad sit atop the 6A-West 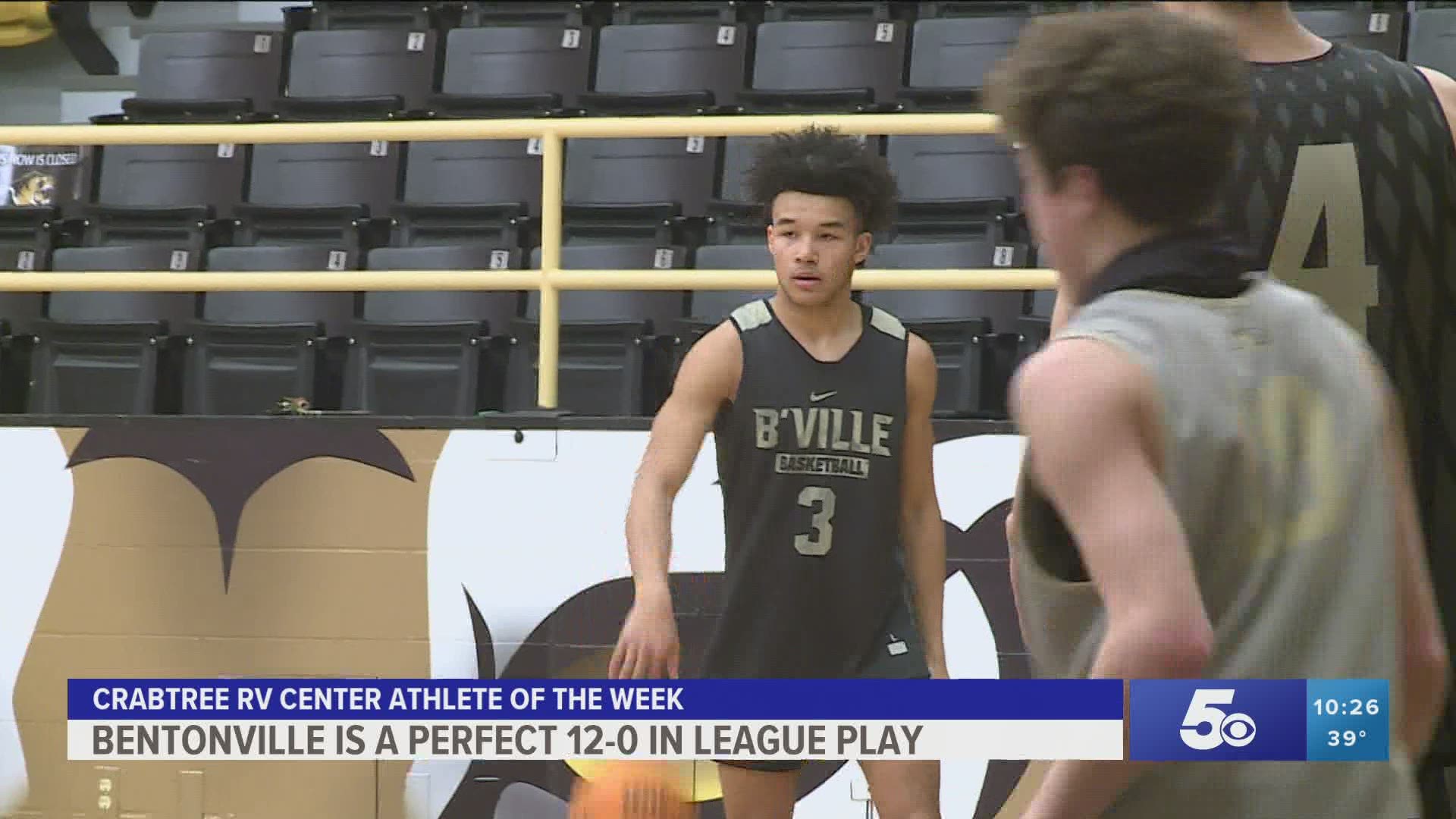 BENTONVILLE, Ark. — Bentonville basketball has steamrolled through conference play, undefeated against the 6A-West so far. The success starts the same way as their possessions do, with point guard Jaylen Lee.

“He’s a very calming presence, he takes pressure off a lot of guys on the court and makes it easier for everyone else,” adds senior Thane Spencer.

It’s the kind of court presence that’s rare to find in a high schooler, let alone a sophomore. He’s come a long way from the physically gifted freshman who got called up to play varsity halfway through last season.

“He’s so much better this year, we just felt like he needed to learn some things, that was the idea last year,” says head coach Dick Rippee.

“It’s just about growing up, and being mature about things,” says Lee. “It’s been a big change, and it all started with confidence with me, trying to lead the team.”

Lee and the rest of the underclassmen were thrown into the fire right away this year, as the seniors on the team missed several games in a row due to quarantines. Everyone stepped up, says Rippee.

“No senior leadership, so it had to come from somewhere. On the floor Jaylen’s been a really good leader, great vison.”

Spencer and the rest of the seniors hated missing time, but saw the good that came out of it.

“Some of the best times were watching on the live stream, watching Jaylen, watching Hayden and those guys totally step up and become leaders. Saw them grow up a lot from last year and really become leaders, and in those games it showed.”

With everyone on board, the Jaylen and the Tigers have their sights set on Hot Springs, and beyond.

Final score from Rogers High:
Bentonville 46
Rogers 35
Bentonville improves to 18-1 overall and 12-0 in the 6A West Conference. Back in action in the last week of the conference season next week hosting Springdale on Tuesday night. GO TIGERS!!!

“It’s honestly amazing, the faith they have in me, and the faith I have in them to do what needs to be done on and off the court, it just makes things easier, all I gotta do is get them open, encourage them, lead them, and they respond really well to that. I’m lucky, cause not a lot of sophomores get that, anywhere.”

Bentonville closes out the regular season with games against Springdale and Bentonville West, on Tuesday and Friday respectively.