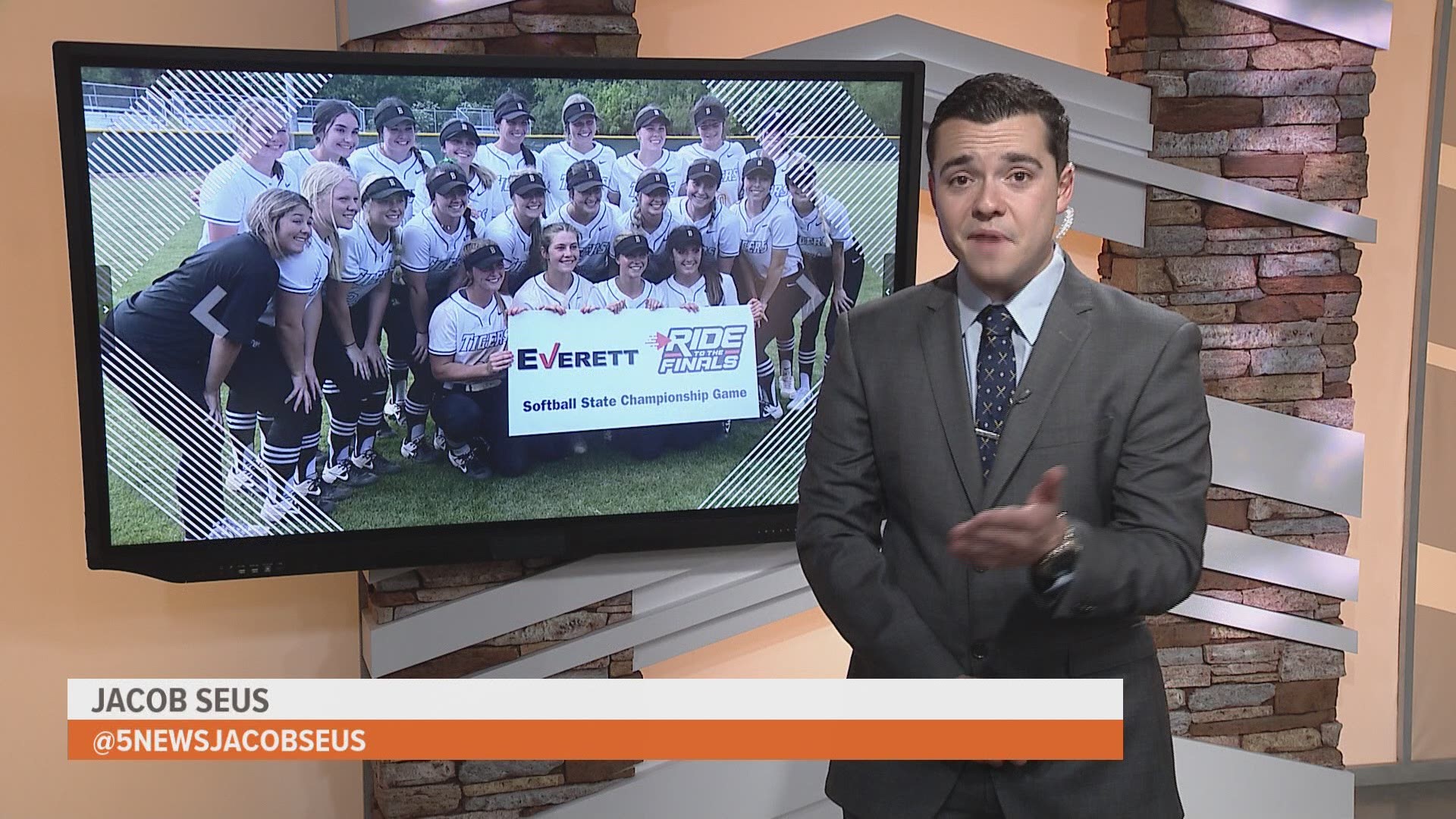 BENTONVILLE, Ark. — It’s a familiar May sight: the Bentonville softball team celebrating a state championship. Senior Kenzie Derryberry is used to the dogpile, and was ready to go at the final out.

“It got hit to Emily, then she just flipped it to Trista, and I could see it on Trista’s face, she just threw the ball up, and I went to hug McKenzie (Vaughn).”

Bentonville has now won four of the last five state championships in softball, and the program has become the state’s gold standard, reflects Vaughn, who pitched a complete game shutout in the title game.

“It’s something that everybody looks at and is kind of amazed at. I think we’re at the forefront of Arkansas softball.”

“It’s one of the greatest things I’ve ever been a part of, that we’re all held to such a high standard, and I can just come here every day and compete,” adds Derryberry.

“It’s everybody’s World Series, that’s just the honest truth,” says head coach Kent Early. “You’re going to get everybody’s best shot. Our motto is, our worst day has to be better than their best day.”

While state titles might feel like the norm in Bentonville, after 2020, number four was anything but normal, says Early.

“It never gets old, whenever you win one, but you kind of felt robbed, we had our entire season taken away from us. And when that happens, there’s a void you can’t get over, then this season was kind of making up for that.”

After 2020, this season took on extra importance for the senior class.

“Last year was something different that no one else had to go through, and they were able to stay on top physically and mentally and just battle all year long.”

So the class of 2021 becomes the fourth in Bentonville softball to end their careers as state champs, and Derryberry doesn’t think they’ll be the last.

“I feel like they’re just gonna keep winning, they know what it’s like and they’re going to continue doing that.”