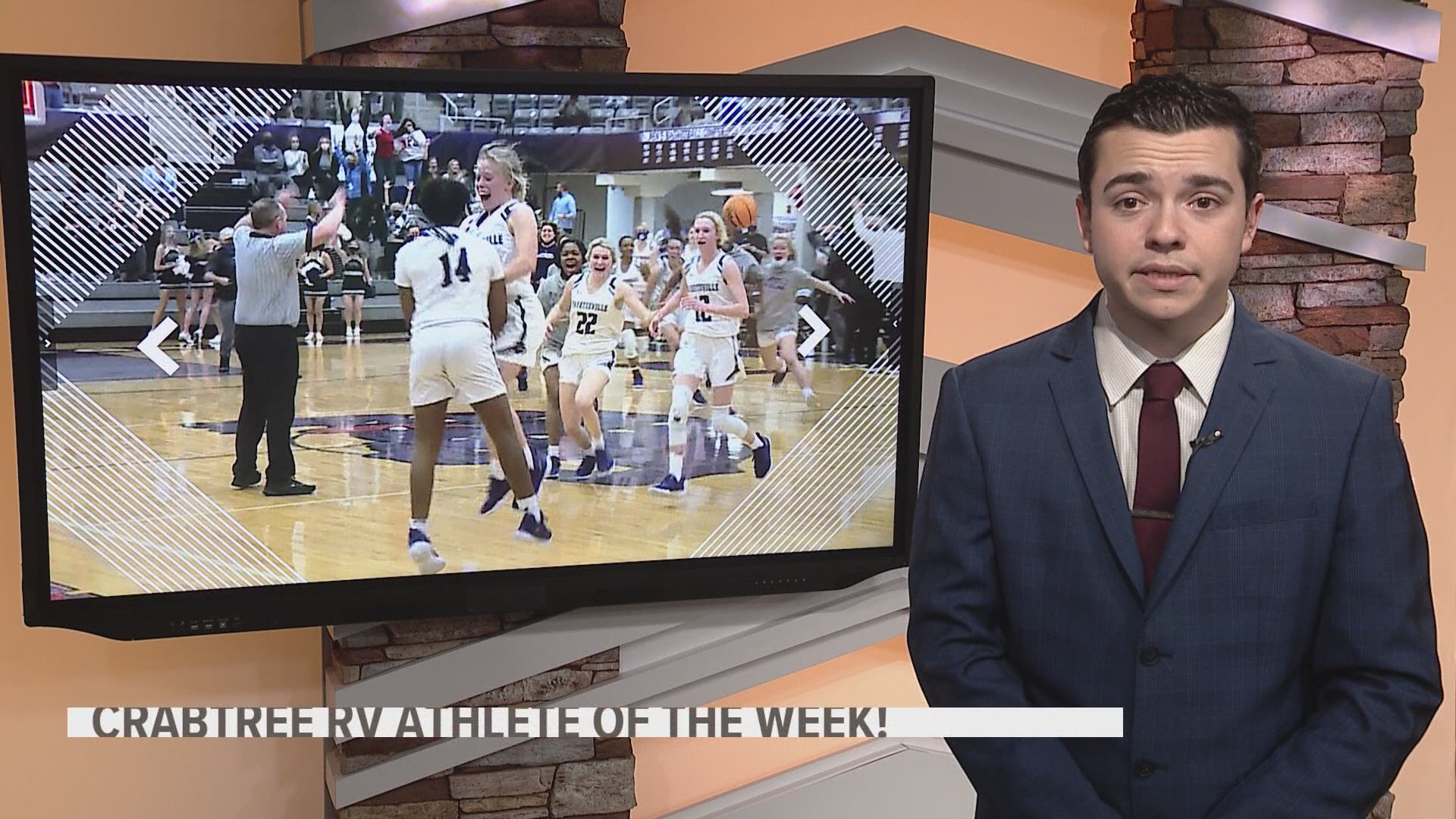 FAYETTEVILLE, Ark. — With 2.8 seconds left and a two-point deficit, it was up to a sophomore to save the Fayetteville season. But when that sophomore is Wynter Beck, no one’s that nervous, says senior guard Claudia Bridges.

“If it was anybody shooting those free throws, I wanted it to be her.”

For Beck, that moment at the line, down two to Conway in the 6A state semifinal, was one she’s been preparing for since junior high.

“At first I was nervous, but Coach Bower at Woodland told me that free throws win state championship games, so I’ve been working on my free throws and it worked.”

In overtime, Fayetteville once again trailed by one, and once again, the ball found Beck.

“I’m happy that my coach and teammates trusted me with that. When I went up, I didn’t know I was that wide open, so I just shot it, and it went in.”

It’s only fitting that Wynter would have ice in her veins.

“Her mentality and her approach to basketball is one of calmness and grit, never see her get nervous in any scenario, says

It’s a trait that runs in the family. Wynter’s uncle is Corey Beck, and her cousin Coriah.

“My uncle and my cousin, they’ve got a last name here, so I just feel like I’m younger, just keeping it alive is a good thing.” Rimmer agrees.

Beck’s heroics put the Purple Dogs in Hot Springs, and gave the girls a moment they’ll never forget, as they rushed the court in celebration.

“That was fun, it was a fun moment. I wish I could replay that, it felt like a dream for a moment, but it was great, I loved it.”

Bridges can barely put it to words around her smile. “I was just so shocked, I couldn’t even… it was awesome, it was just great.”

Fayetteville will battle Fort Smith Northside for the 6A state title on Thursday at 10am in Hot Springs.