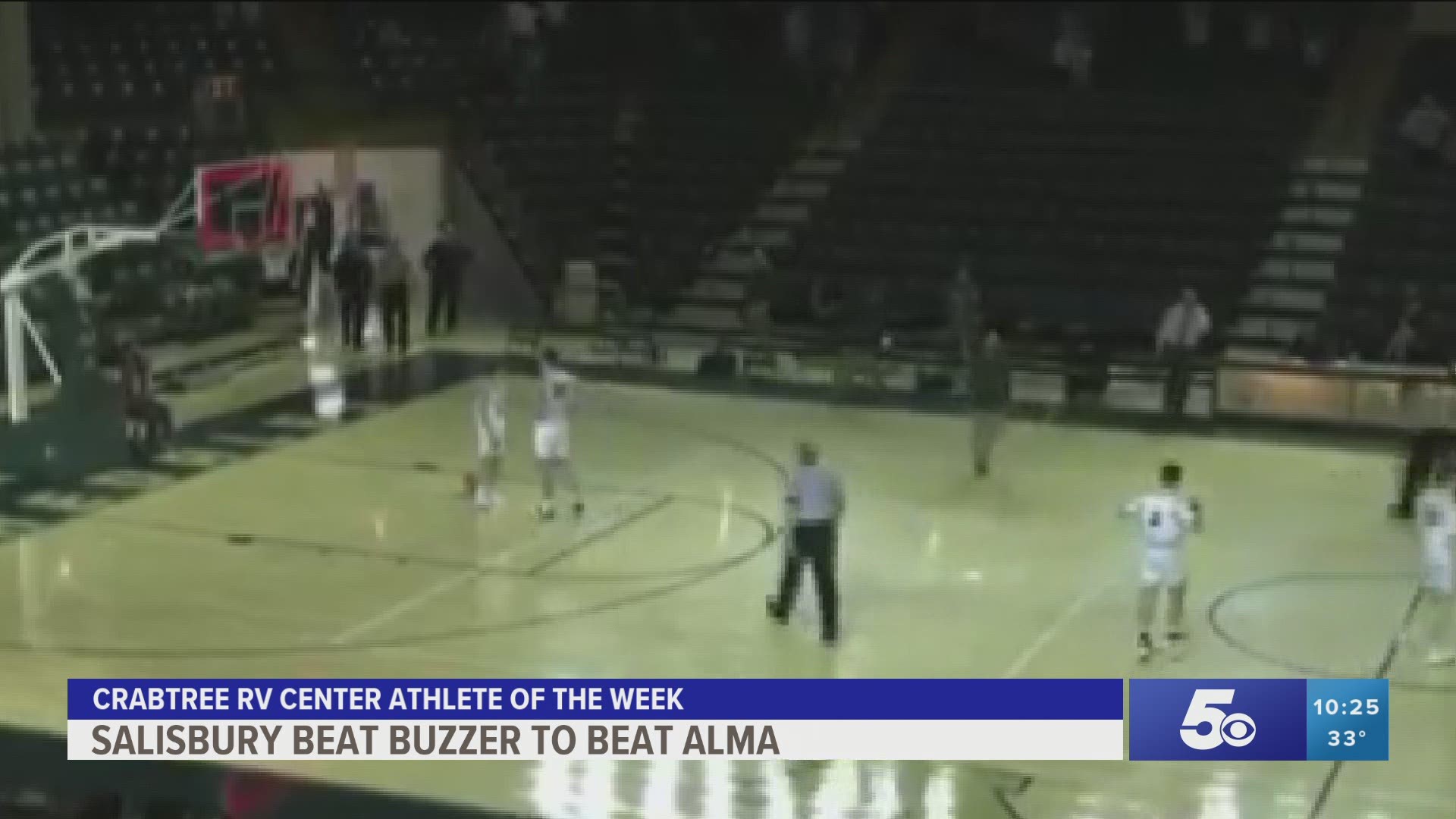 VAN BUREN, Ark. — Every Van Buren practice features the same moment: head coach Brad Autry offering a short rest, if Avery Salisbury can sink a free throw. And every time, nothing but net.

The unflappable Salisubry has made a name for himself hitting big shots, and he can’t wait for the next one.

“I think I do well under pressure, I just handle it.”

It’s why coach Brad Autry trusts Salisbury with the ball at any time.

“He actually enjoys the moment. He wants that moment”

And when that moment came last week, against arch rival Alma in the senior’s final regular season game, Salisbury delivered, beating the buzzer from half court for the win.

“I was shocked, I didn’t know what to do. People were like, why didn’t you celebrate, so much emotions I had no clue. It feels good, lotta work put into it, coming out now.”

Just two years ago, none of this seemed possible. A couple days before the start of Salisbury’s sophomore year, he and his brother were out in the family’s side by side, when they got stuck in the mud.

“It ended up flipping. I knew it was gonna flip, so I braced myself, but I couldn’t brace myself all the way, and I looked down, it was bleeding, kind of mangled up. It was scary, I’d never broken a bone before that.”

Avery lost two toes and couldn’t walk for 7 weeks. When he finally returned to school, it was on crutches. But none of that could keep him off the court, despite warnings from doctors.

“I was still getting work done, my toes were still getting bloody and hadn’t healed all the way yet,  they were telling me not to walk very much and I told coach I could play in JV games.”

Coach Autry preaches overcoming adversity to his teams. There couldn’t be a better example than Avery.

“I think that it’s just made him stronger. We always talk about adversity making people stronger, and it’s actually played out in this case.”

Salisbury says that basketball helped to keep him going.

“It’s crushing, and it’s scary to go through that, and basketball definitely helped keep me on the ground.”

@pointerbball finishes off a great night for Pointer Nation with a buzzer beater by Avery Salisbury!
Pointers 48
Airedales 47 pic.twitter.com/Lji5QFMihj

Now in his senior season, Salisubry is the leader of this Pointers team, and the accident never comes up as an excuse. Really, the old way you’d know would be to listen to the loving chant of the Van Buren crowd

“Me and my dad came up with that, the 8-toed wonder. I just needed something to call it and something to joke around with it, and now that’s what people call me, it’s what they chant when I make threes at the home games. I like it a lot.”

RELATED: Bentonville's Lee ahead of the game