5NEWS Athletes of the Week: Malachi Henry and Bryce Perkins

Van Buren duo has Pointers off to surprising 3-0 start 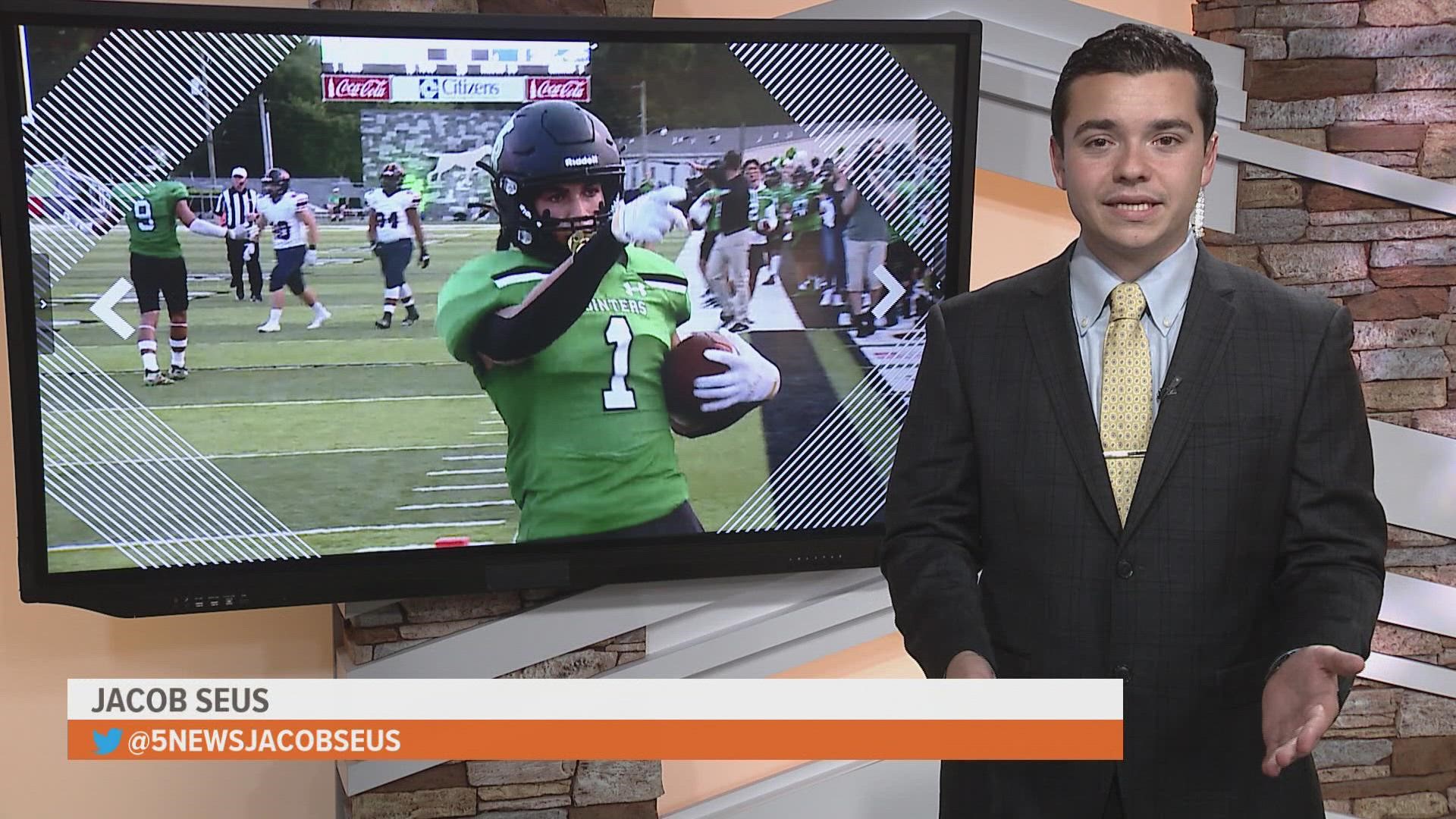 VAN BUREN, Ark. — The connection between Malachi Henry and Bryce Perkins dates back to before the Van Buren star duo were connecting on touchdown passes.

"I've actually known him for a long time," Henry said. "We actually grew up together."

Henry and Perkins have been friends since the third grade. They've been teammates as of only this season though, when Perkins transferred from Shiloh Christian to play quarterback for the Pointers.

"We both went to school in Springdale together, and then he moved my eighth grade year, and then I came here after my ninth grade year," Perkins said. "So we kind of got reunited, and I knew we were gonna have some chemistry."

Through three weeks, the sophomore has thrown for 809 yards and nine touchdowns.

As for Henry, the junior has 489 yards and seven TDs on 16 catches, and is up to third on the school's all time receiving touchdowns list (tied with his brother Jaiden). Those are eye-popping numbers that come from a connection the duo says is rooted in confidence in each other.

"You know, he's a guy that I can throw it anywhere, and he can go get it, so I think that's been a lot of it," Perkins said.

"I was super excited to get him down here," Henry said. "I know him. I know what he can do and brings to the table, and that's kind of reflected on the field with our chemistry already."

It's a combination that's led the Pointers to a surprising 3-0 start, as they were picked to finish seventh out of eight teams in their conference.

Safe to say, that motivated the team.

"That's something that I put on my room," Perkins said. "We're a lot better than that, and I knew that we were. Now we're sixth in the state for 6A, so I think we're surprising a lot of people and that was the plan coming in."

As for what's coming the rest of the season... Perkins kept it short and simple.

Henry, Perkins and the rest of the Pointers are back in action next Friday when they host Siloam Springs to kick off conference play.