The team's impact on the program will be felt for years 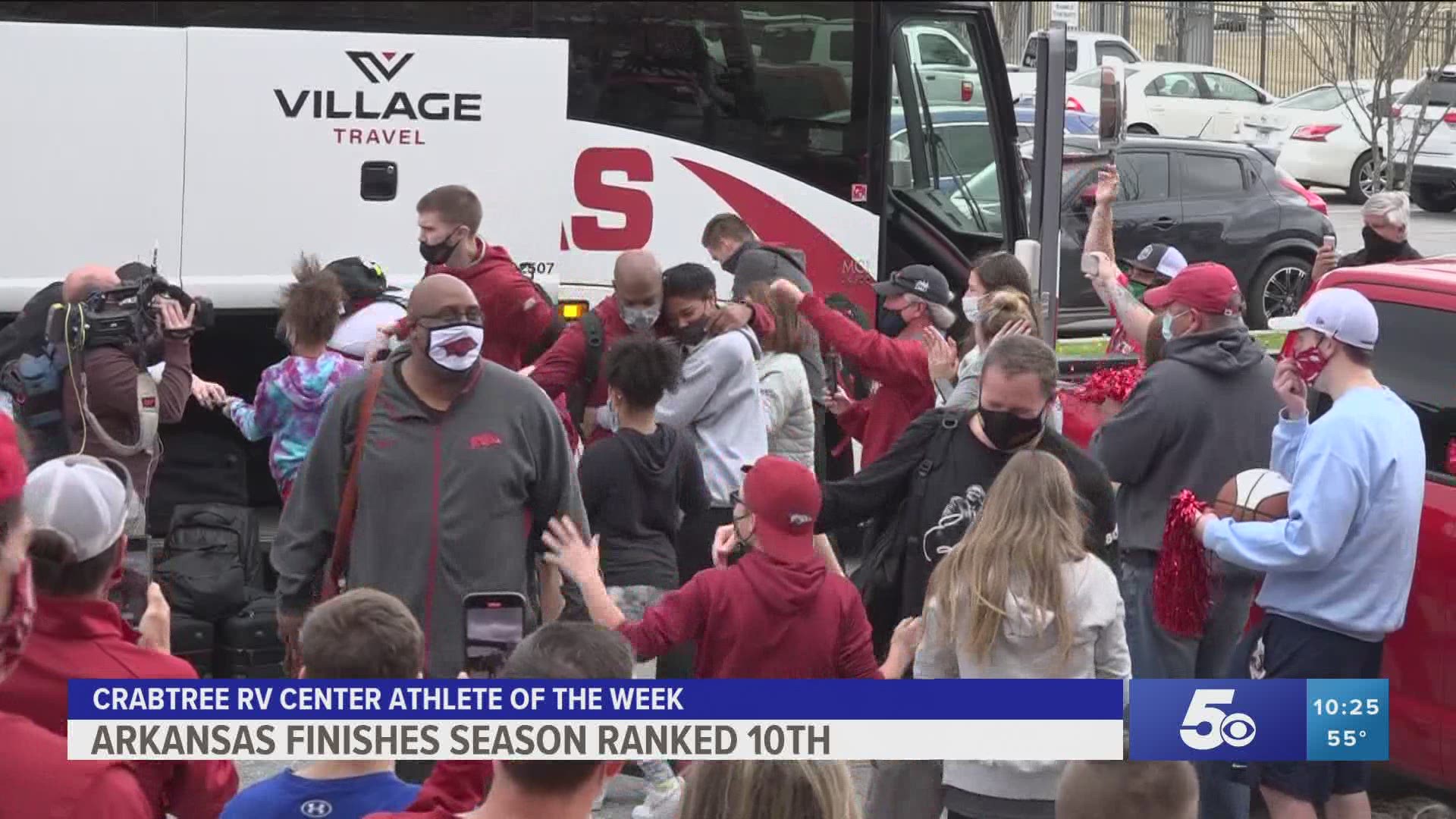 FAYETTEVILLE, Ark. — In the moments following a season ending loss, it can be tough to see the big picture. That’s especially true for the ultimate competitor, Eric Musselman.

“You know as a competitor you want to win every game, so right now I’m thinking about the 40 minutes that just happened.”

But it doesn’t take much reflection to see just how special this season was.

“I think that all of us are really proud of the season we’ve had. We got scorching hot at the right time to end the season. We’re a basketball team that got better every single day.” Jalen Tate, in Fayetteville for just one year, agrees.

“This team will never be forgotten. This group has done a lot for this program, and in year two of this coaching staff, it just puts you on a jump start in the right direction.”

It was a year where no one knew what to expect, with a bevy of transfers and the strangest off-season imaginable. Tate thinks that just makes it all the more impressive.

“To be able to do what we did, especially in a year like COVID where we were faced with a lot of challenges, you can’t say enough about this team.”

Accomplished what no Razorback team had done in 20+ years. Did it in a pandemic. pic.twitter.com/qh6Z3rAkJD

The contributions of the grad transfers, who took a leap of faith for their final season, won’t be forgotten.

“Without those guys we wouldn’t be here, I can tell you that,” says Muss.

And they will continue to have a presence inside Bud Walton, thanks to their impact on the younger players.

“Our seniors did a phenomenal job trying to build the freshmen up every day. They allowed our freshmen to be stars, because they’re unselfish people.” It’s a relationship that goes both ways, says Tate.

“Our freshmen are great. They made this experience everything it was. They come to me for advice e on and off the court, and ‘m excited to see what all of them do after this. I believe they’ll push one anther and whoever’s brought in to have the same success.”

The longest SEC win streak since 94. The deepest tournament run since 95. And yet, the most exciting part of this team might be what’s still to come.