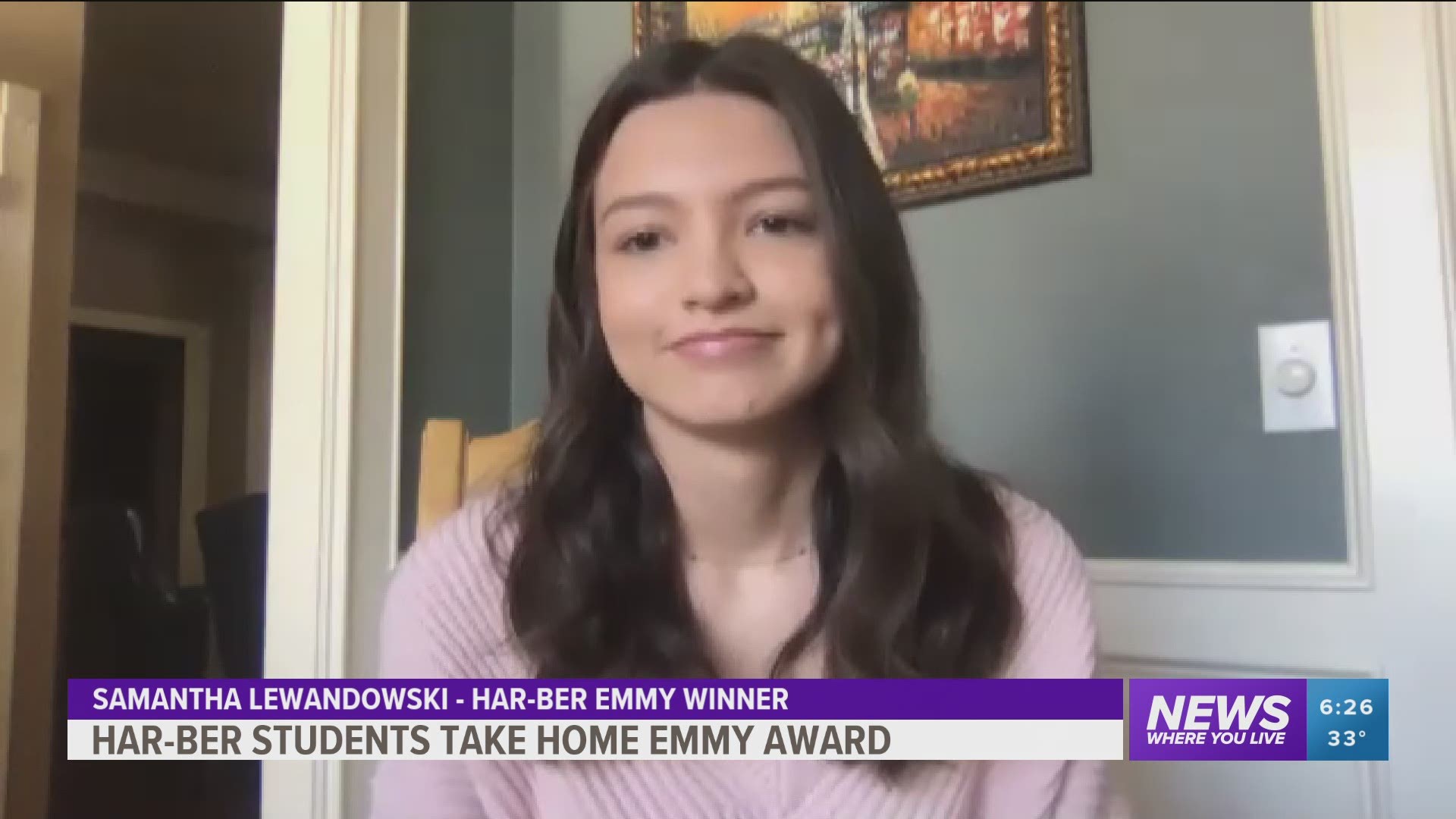 SPRINGDALE, Ark. — Eight Har-Ber students were awarded a national Emmy award for live event sports broadcasting by the The National Academy of Television Arts and Sciences. The award seals their position as the top high school sports broadcast team in the country.

The award was won for their over three hour production of Har-Ber's state playoff game. The students also put on two shows per week for the school.