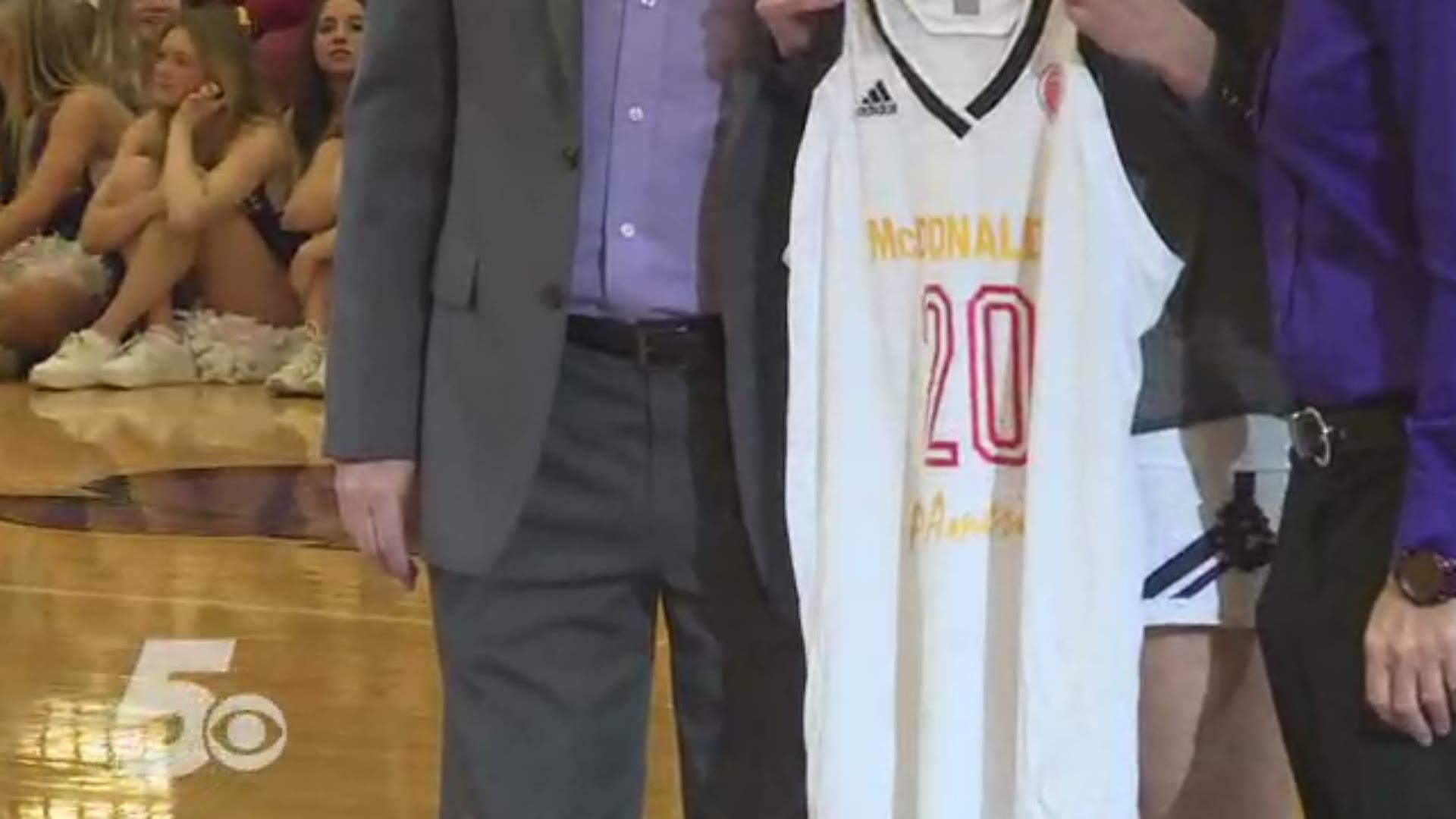 FAYETTEVILLE, Ark. — Sasha Goforth was named the state championship game most valuable player when she was a freshman and it was clear four years that the Fayetteville guard was going to be a good one.

Fast forward to her final home game wearing the purple and white, Goforth accomplished something that had never been done in the history of the school - she was presented a jersey to play in the prestigious McDonald's All-American game.

Goforth, who has signed to play at Oregon State next season, has been one of the premiere players in the state in recent history.

Fayetteville is currently the No. 2 seed in the 6A-West and would lock up a first round bye in the state tournament, which is being held in Bryant next week. The Lady Bulldogs travel to Har-Ber on Friday.