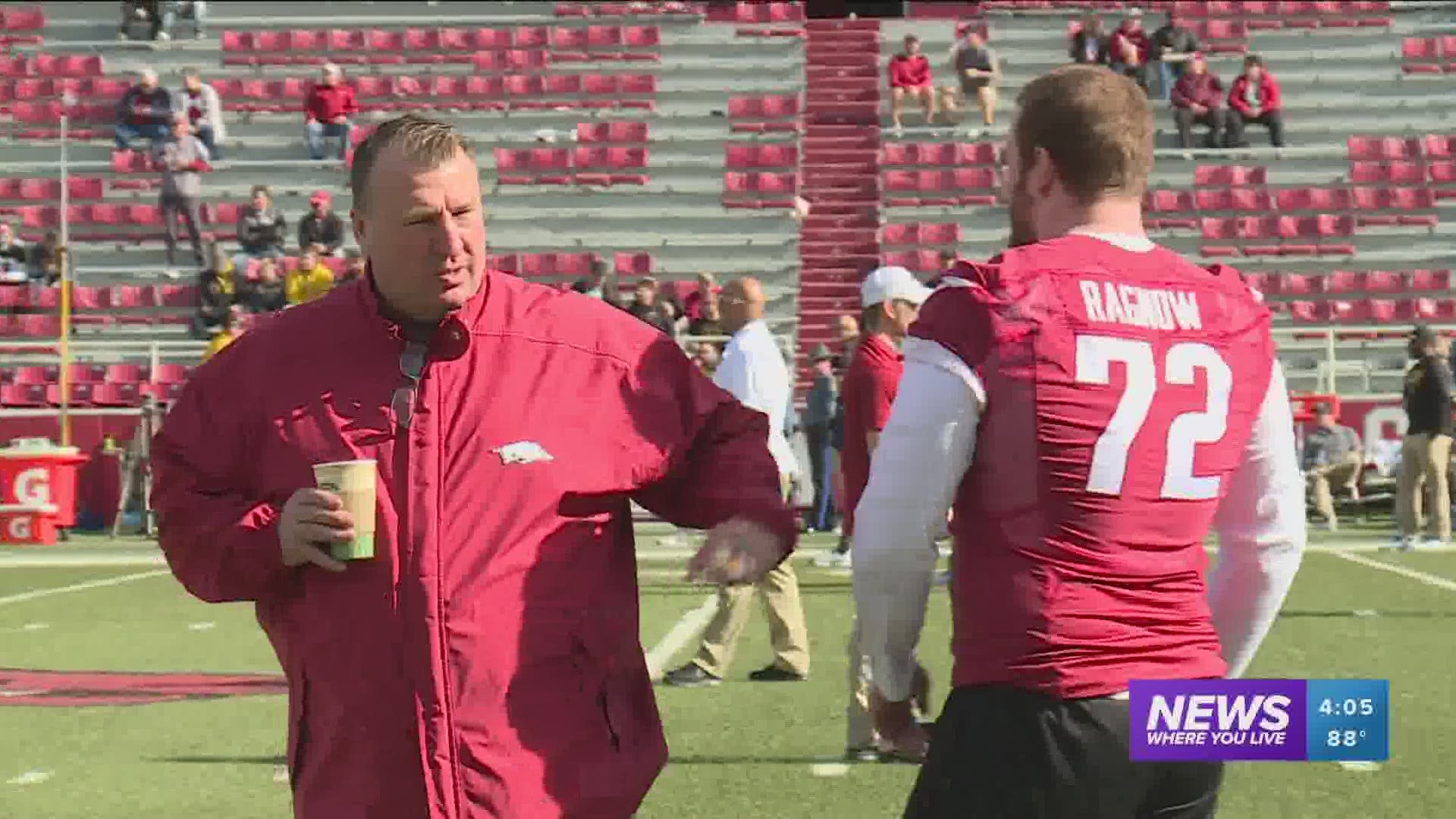 FAYETTEVILLE, Ark. — Ex-Arkansas coach Bret Bielema has filed a $7 million lawsuit in Arkansas federal court against the Arkansas Razorback Foundation, the non-profit fundraising arm for Arkansas athletics. According to Variety, whose sister outlet Sportico obtained the court records, Bielema claims that the foundation breached its contract when it stopped paying him the remaining portion of the nearly $12 million buyout the two sides agreed upon when Bielema was fired following the 2017 season. The lawsuit claims that the foundation stopped paying the monthly installments of his buyout in January 2019 after receiving approximately $4.3 million, leaving approximately $7.7 million left on the agreement.

Bielema, who was Arkansas's head coach from 2013-17, was let go following a 4-8 season that saw the Razorbacks go 1-7 in SEC play. The buyout agreement stipulates that Bielema actively search for a comparable job upon his firing, which the foundation claims has not happened. Bielema was hired by the New England Patriots in 2018 with the title of "consultant to the head coach." He was promoted to defensive line coach last season, and recently was hired by the New York Giants to coach outside linebackers.

Variety provided the specific language of the contract.

"11. If Bielema is terminated by the University of Arkansas for its convenience and the Foundation is obligated to pay the amounts specified. . . Bielema agrees that those payments shall be subject to the following mitigation provisions. Bielema shall be required to do the following: Bielema shall have the duty to mitigate his damages by making reasonable efforts to gain re-employment. The parties understand and agree that if Bielema is successful in gaining such re-employment, or alternative employment of any kind the Foundation's Guaranty Payment obligations shall be reduced by the amount of compensation the Coach earns from such employment (so long as such employment coincides with the Guaranty Payments). The Foundation's right to reduce its obligations shall not include amounts Coach may earn from passive investments or interest not associated with new employment"

Bielema's career path has obviously gone downhill since being fired by Arkansas. He compiled a 97-58 record as a college head coach with Wisconsin (2006-12) and Arkansas (2013-17). He led the Badgers to three straight Rose Bowls (2010-12), four double-digit win seasons and the first two Big Ten Championship Games (2011-12).