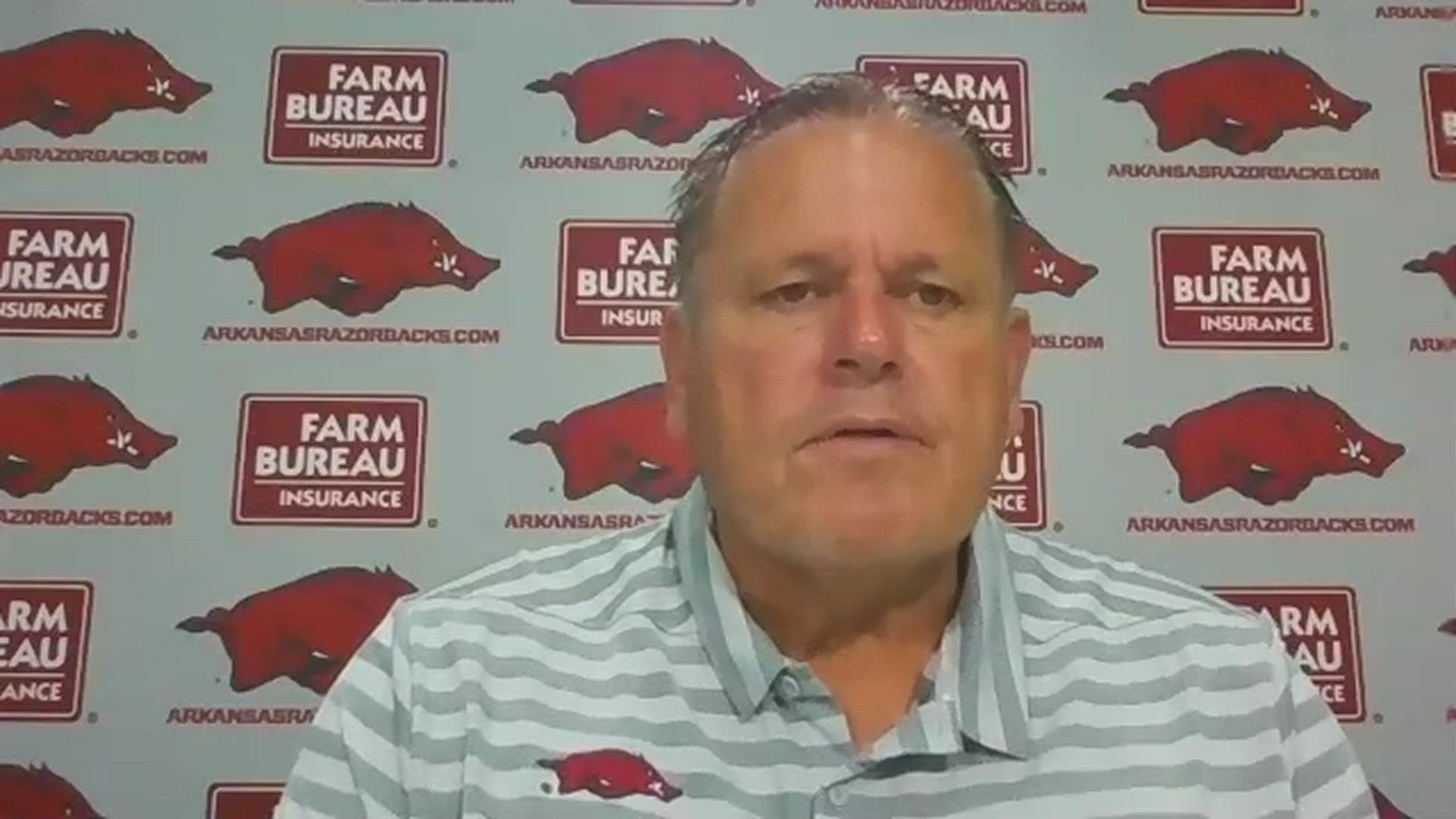 FAYETTEVILLE, Ark. — For the first time in his career, Arkansas senior running back Rakeem Boyd has been named to the Preseason Coaches All-SEC Second Team, as announced by the league office Thursday.

Boyd led the team in rushing yards and rushing touchdowns in 2018 and 2019, totaling 1,867 career rushing yards and 10 scores in his first two seasons on the Hill. As a junior, he ran for 1,133 yards and eight touchdowns, while rushing for over 100 yards in five games. The Houston, Texas native ranked fourth in the SEC and 27th nationally averaging 94.4 yards per game; in addition, Boyd’s 6.4 yards per carry ranked ninth in the conference. On just eight carries, he rushed for a career-best 185 yards against Western Kentucky, averaging 23.1 yards per attempt, including two touchdown runs of 76 and 86 yards with the latter being a career-long.

As a sophomore in 2018, Boyd ranked 10th in the SEC averaging 6.0 yards per carry and 13th among league-leaders totaling 734 rushing yards. His eight-career 100+ yard single-game rushing performances make him one of 16 running backs in school history to accomplish the feat. Boyd is the first Arkansas running back to garner Preseason Coaches All-SEC recognition since Alex Collins was named to the second team in 2014.

The Maxwell, Earl Campbell and Doak Walker Awards tabbed Boyd to their respective watch lists before the 2020 season.

This season’s selection marks the 18th year of the SEC Coaches Preseason All-SEC Team; coaches were not permitted to vote for their own players.

The Razorbacks kick off the season against Georgia at 3 p.m. CT on Saturday, Sept. 26 inside Donald W. Reynolds Razorback Stadium. The game will be broadcast on SEC Network.