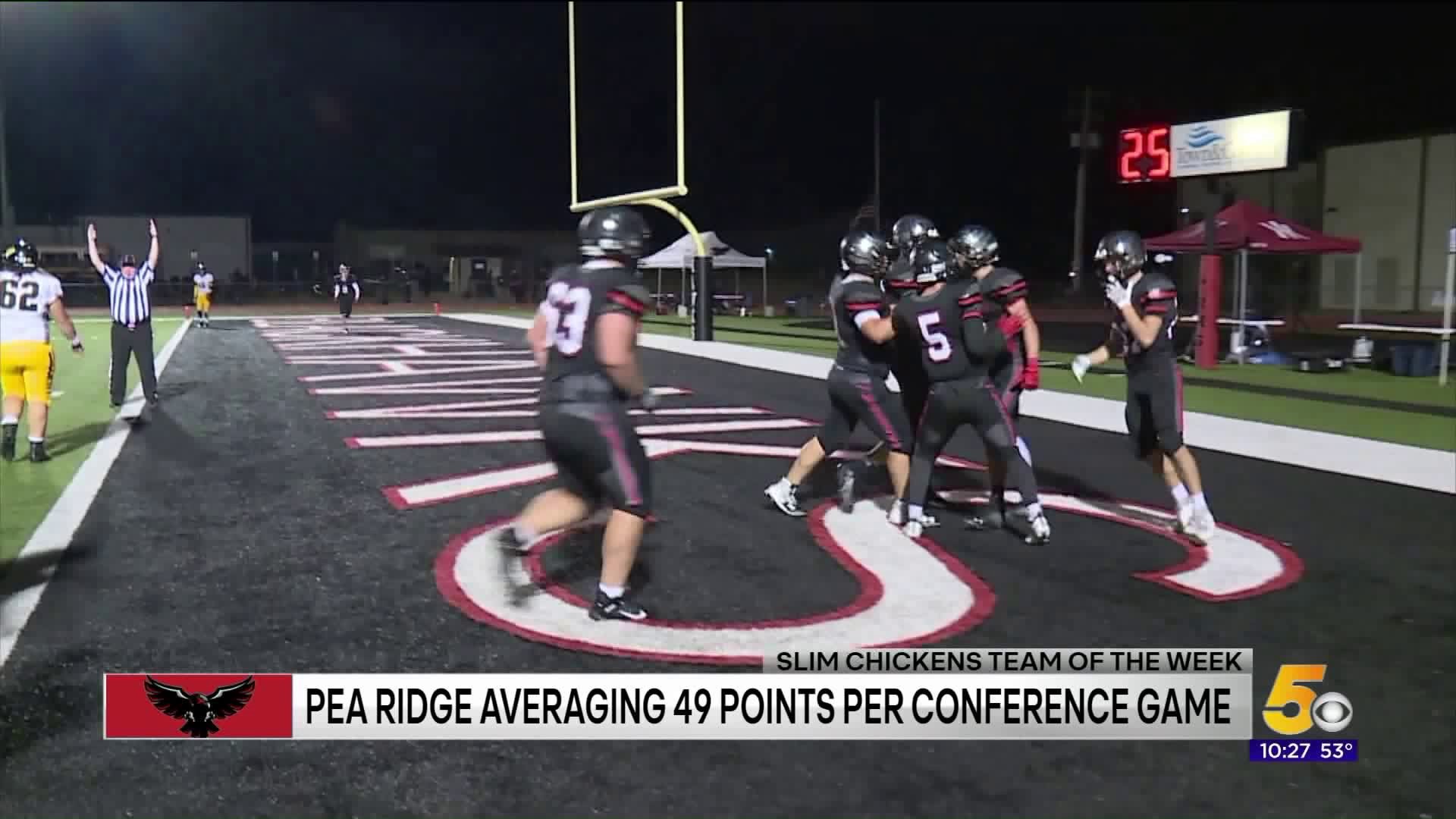 Pea Ridge is the Slim Chickens Team of the Week, so now that train has some fuel. But after an 0-3 start to the season, that wasn’t exactly the case, says senior Hagen Schader.

"We were obviously a little down."

"The morale was down, we had to get some enthusiasm," admits Brayden Ralph.

"Belief. We had to believe in ourselves, keep ourselves up."

"Yeah we got good completion, which in turn made us way better," adds Ralph.

Once conference play started, the switch flipped, And the Blackhawks haven’t lost since.

"It would’ve been really easy, once conference play began, to just chuck it all away, and our kids didn’t do that," says Neal.

The Blackhawks averaged just 8 points per non-conference game. In 4A-1 play, that number is 49.

"Yeah it just shot our confidence way up and now we’re flying high."

Pea Ridge will look to keep rolling this Friday, when they travel to Berryville.