The Bentonville West football team's season has come to an abrupt end after several students and coaches tested positive for COVID-19. 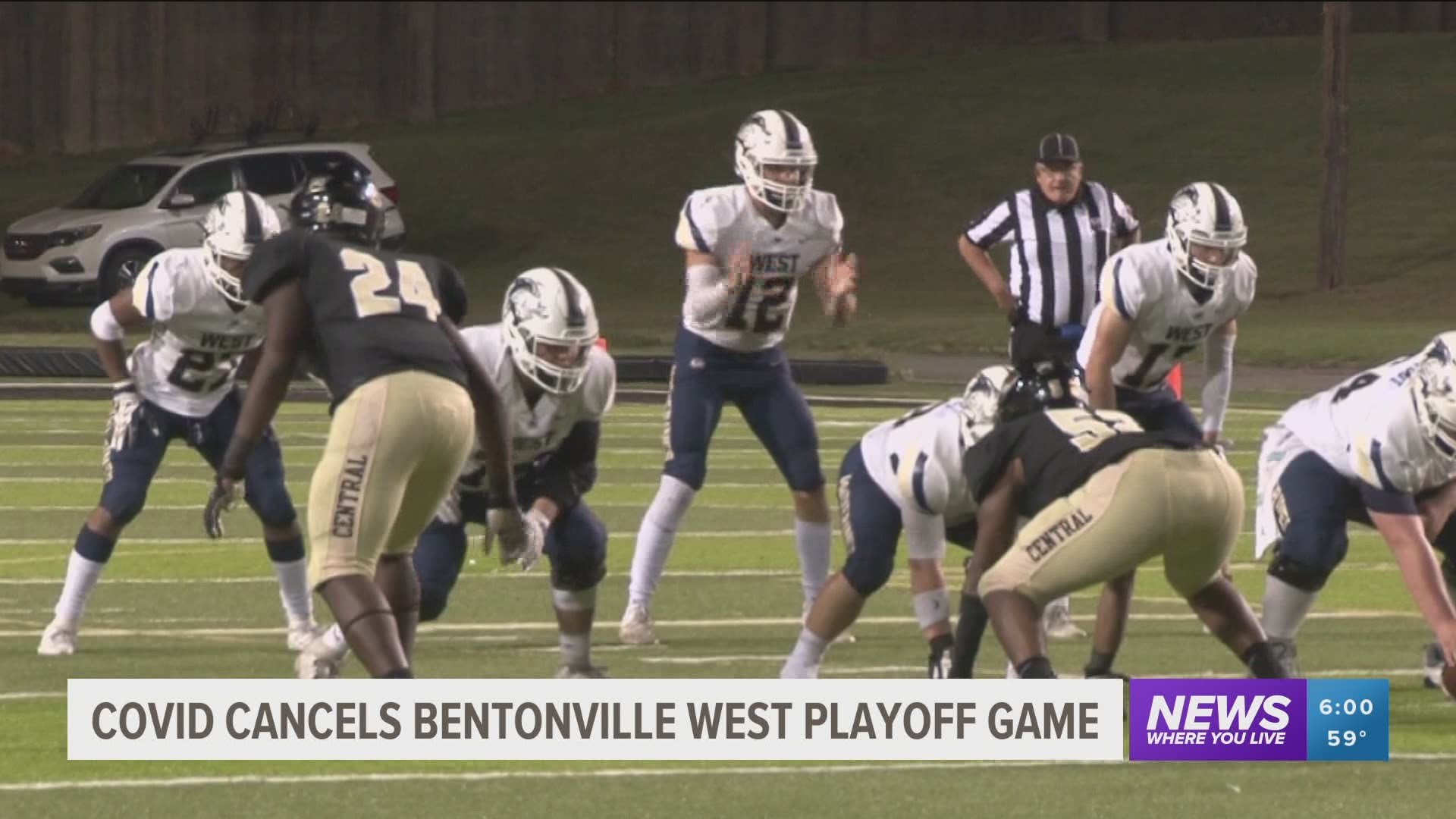 After careful consideration for student and staff safety, we've cancelled the November 13 playoff game for Bentonville West High School. Fourteen students and coaches have tested positive for COVID-19 this week and many more student-athletes remain quarantined. To move forward with Friday night's game would undoubtedly place individuals at risk.

Wright also said the Bentonville West season has come to an end.

Bentonville West was scheduled to take on Little Rock Catholic High School in the first round of the 7A conference.

More information about Bentonville Public Schools' response to the COVID-19 pandemic can be found here.

As of Thursday (Nov. 12) morning, the Arkansas Department of Health reports 1,193 active cases of COVID-19 in Benton County. It's important to note that not all of those cases are tied to Bentonville Public Schools.