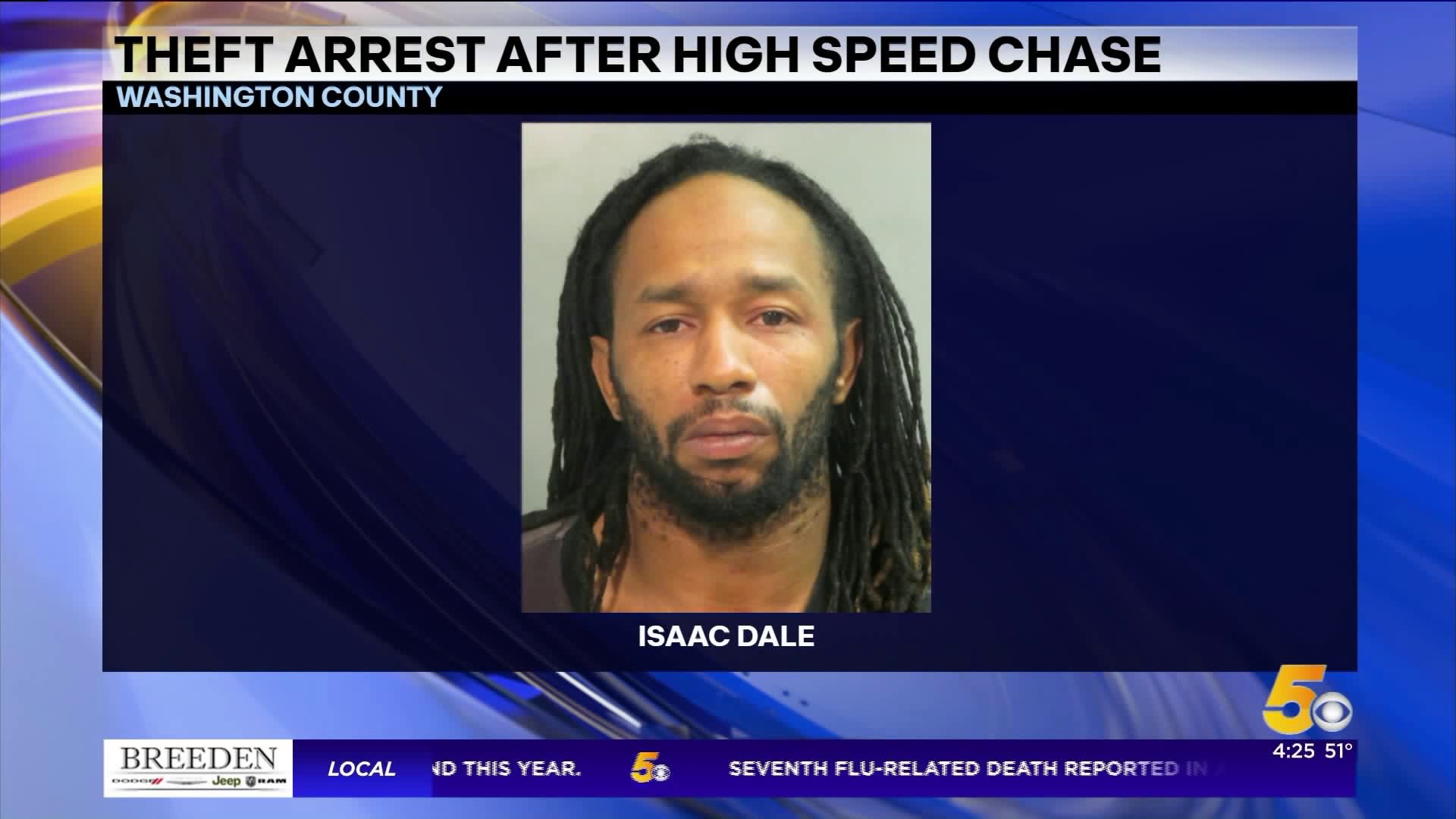 According to Arkansas State Police, Isaac Dale was driving southbound on Interstate 49 at 12:30 a.m. at a high rate of speed in a stolen car.

Police say a traffic stop was initiated and Dale did not stop on Wedington Drive. The police report states that he drove through the IHOP parking lot onto Marvin Ave., through an apartment complex at 70 mph in a 25 mph zone.

He jumped from the car while it was still moving and hopped a fence, according to police. The report states that he threw down a bag containing a white crystal substance.

Police say they found about eight or nine  Dell computers in the car believed to be taken from Washington Regional Medical Center.

Police took Dale into custody where they say he smelled of intoxicants. He agreed to take a breath test, but kept falling asleep and couldn't provide a valid sample after three attempts, according to police.

He is now facing several charges including theft by receiving, fleeing and breaking or entering.