SCOTTSBORO, Ala. — Eight people have been confirmed killed in a devastating dock fire that consumed as many as 35 boats in northeast Alabama early Monday mornin... 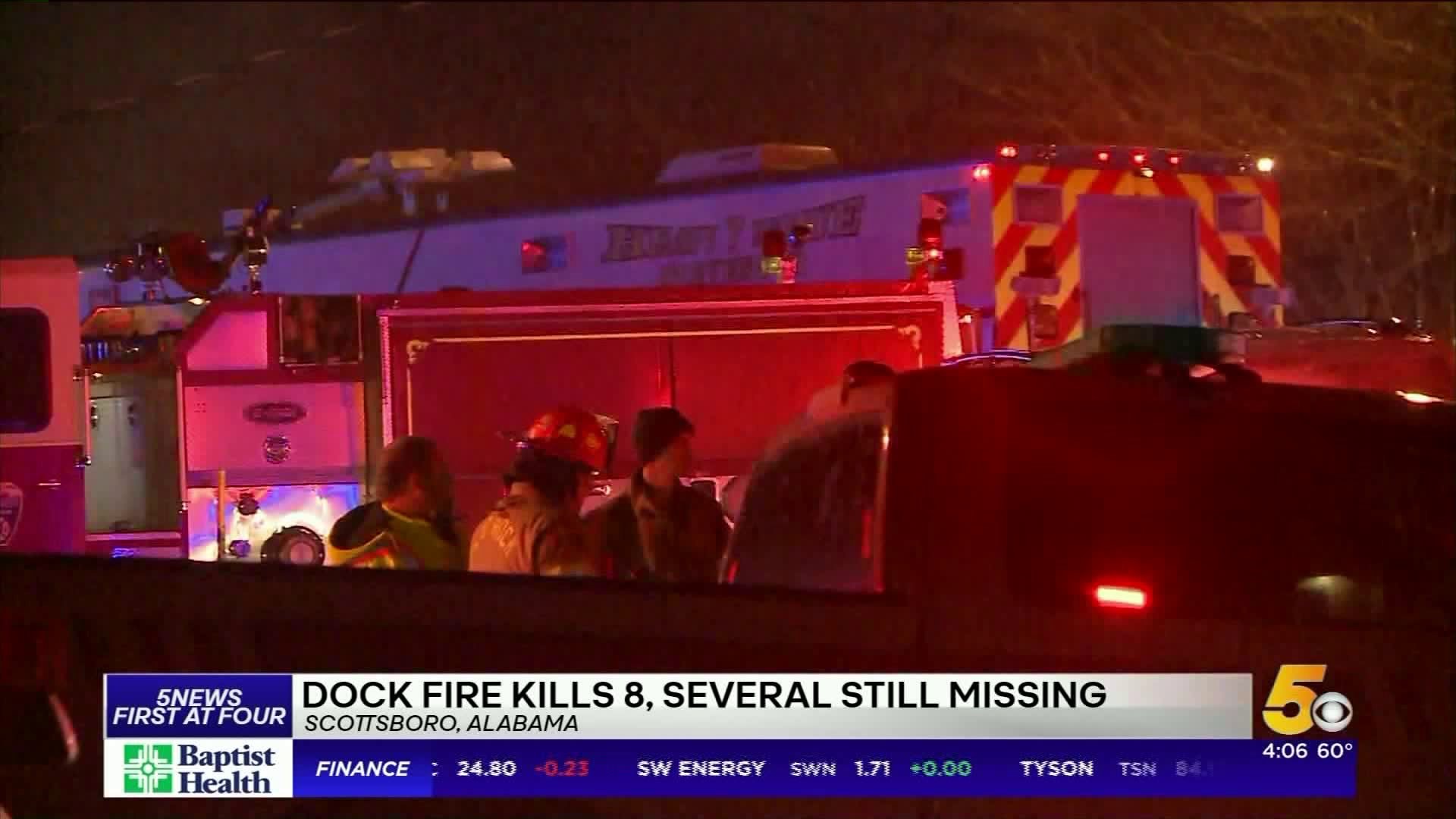 SCOTTSBORO, Ala. — Eight people have been confirmed killed in a devastating dock fire that consumed as many as 35 boats in northeast Alabama early Monday morning, a number of them houseboats where people lived.

11Alive sister station WZDX in Huntsville reported that no victims have yet been identified as a recovery effort continues at the Jackson County Park Marina boat docks.

“We woke up hearing screams and popping noises,” Mandy Durham told WZDX. “When we woke up, we could see red through the window. Within 15 to 20 minutes, the whole dock was in flames. All these boats have propane tanks and gas tanks, and that’s a lot of fire.”

The blaze was reported shortly after midnight as people living in the boats were sleeping, and consumed the wooden dock and an aluminum roof that covered many of the vessels, cutting off escape routes and raining debris into the water.

“We have some confirmed fatalities, but we don’t have an exact number yet,” Jackson County Chief Sheriff’s Deputy Rocky Harnen told the AP. “We have several people who were taken to the hospital from being in the water, and some had minor burns.”

Jackson County EMA Director Paul Smith said that besides recovery, they are working to contain oil, gas, and fuel in the water to try to keep it from becoming an environmental hazard. He also said that the approximately 50 workers out is typical due to the amount of debris and that that makes it difficult for just a small team to search.

"There were numerous people rescued from the water who had escaped by going into the water,” Harnen said.

“Water was the only place they had to go,” Durham told WZDX. “Its just extremely sad. It’s horrible.”

Earlier, Mecklaus said seven people were hospitalized and seven others were missing after a fire destroyed at least 35 boats docked in Jackson County Park. The fire broke out early Monday.

The chief said most of the vessels were houseboats.

No cause for the fire has been determined. The State Fire Marshal’s Office is using drones to investigate the scene.