BENTONVILLE, Ark. (KFSM) — Christmas is only three days away and some parts of Arkansas will experience nearly 70 degrees this week. For the Lawrence Plaz... 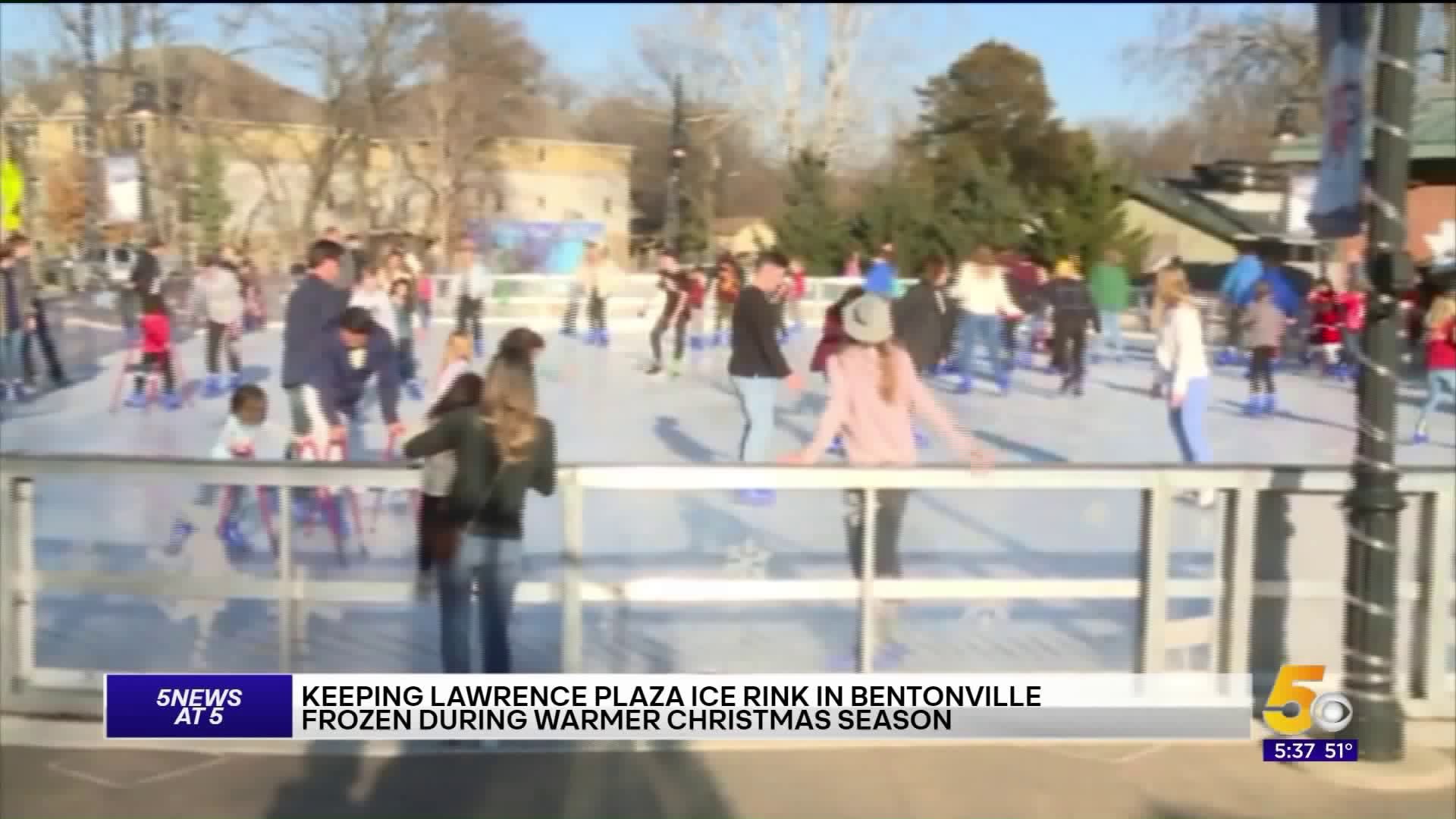 BENTONVILLE, Ark. (KFSM) -- Christmas is only three days away and some parts of Arkansas will experience nearly 70 degrees this week.

For the Lawrence Plaza Ice Rink, keeping the cool is no problem.

Located just off the Bentonville square, it is the only permanent outdoor ice rink in NWA. It's a tradition not bound by the change in temperatures.

"With the temperatures around where they are today we’re still able to maintain the ice. Keep it nice and frozen for people to skate on and people get to enjoy the warm weather out here,” said Ice Rink Manager Chris Cuchia.

The ice is kept frozen by a giant chiller. It is a machine that pumps freon through pipes underground, similar to a freezer.

Skating on the ice today, it was evident that the Bentonville Parks and Rec department are able to handle the warming ice, even with hundreds of people gliding around.

"It is kind of weird being able to come out here and have ice outside, with it what, being 65 degrees this afternoon," said Brayden Wells, standing with his girlfriend waiting for friends.

"It was freezing cold so it made it a little uncomfortable," said Wells.

"Right, it takes away from it so having this, I don't know, it makes it a little bit better environment," said Wells.

The Lawrence Plaza Ice Rink will be open through January 20th, no matter the weather and they are closed on Christmas Day.